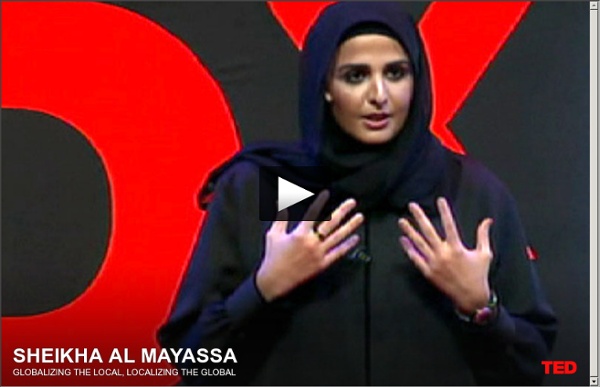 Beware Pundits Bearing National Stereotypes - Richard Hornik by Richard Hornik | 3:51 PM January 25, 2013 The front page of today’s New York Times carries the shocking story that some Chinese college graduates prefer unemployment to factory work because they think it is beneath them. I have encountered both ends of the Fill-In-The-Blank Work Ethic trope for most of my career. Thirty years ago, the Germans spoke derisively about “Polnische Wirtschaft” — or the laziness of Polish workers. Of course people showed little initiative when there was no reason (positive or negative) to work. For the past two decades, western businessmen and pundits have lauded the Chinese work ethic, as though it were something genetically or at least culturally engrained. Now that stereotype is finally beginning to crumble. According to the Times story: And it’s not just those spoiled intellectuals who are eschewing factory work. The problem is that China does have a very strong cultural predisposition about work, but it involves a stigma against manual labor.

THOMAS THWAITES Google Driverless Cars ‘Shockingly’ Safe & Efficient [Infographic] Google’s driverless cars are “shockingly” safe, says a Bellevue, Washington insurance company, with only two crashes on record – and both with a human at the wheel. Driver error, intoxication, and other human factors contribute to about 93 percent of all car crashes. Still, the day we’ll have robotic cars drive us to work or school, or maybe home from a party after having a bit too much fun, could be a way off yet. Aptus Insurance compiled a forward-looking infographic to demonstrate the potential effects of the Google driverless car program hitting the mainstream. Among their findings: Stanford University robotics professor and Google Driverless Cars program leader Sebastian Thrun gave a presentation at TED 2011 last March in Long Beach. He told the audience at TED, “Did you know that driving accidents are the No. 1 cause of death for young people? Thrun believes some day a future generation will look back and think it ridiculous that humans once drove cars.

Rapping with fear and respect in Saudi Arabia Paris: Making hip hop in Saudi Arabia is a bit of a tightrope act, says Qusai Kheder, self-styled ambassador for the genre who has built a niche following for his sex-and-violence free brand of rap music. “Saudi Arabia is a very conservative country — that’s where we are from,” the 35-year-old said before performing to a crowd of mostly Arab, largely female, young fans at the Arab World Institute in Paris this month. “This is our culture, our heritage, and we have reasons to respect it,” said the Riyadh-born young man in leather jacket, grey snood and clipped goatee, whose stage name is simply “Qusai”. “But at the same time, we don’t have freedom of expression, freedom of speech, so we set up limitations in whatever we do — some people for the fear and some people for the respect. “I do a little bit of both,” he said with a laugh. So in 1996 he left to study in the United States, making a name as a DJ and radio personality. And when it comes to content, Qusai must tread a fine line.

Prof. Goering’s Top 10 Tips for Intercultural Communication | For the past three summers, I’ve had the opportunity to be involved with the Euroculture Program, teaching at Georg-August-Universität Goettingen and participating in the IPs. For someone who studies intercultural communication, this has been a dream come true, because each summer I have been able to immerse myself into a laboratory in which I can see and observe intercultural communication in action every day. From those observations, I’ve put together my “Top 10” list of lessons learned about intercultural communication. Beth Goering│bgoering@iupui.edu Putting together a Top 10 list is a tradition in American television. So, here are my “Top 10 Tips for Intercultural Communication” , shaped, in part, by my 3 years of experience with the Euroculture MA. 10. Mindset matters – a lot. 9. Be aware of the degree to which we are all “coded” by our culture. 8. There are some culturally-based differences that do matter, particularly when it comes to studying and working together. 7. 6. 5. 4. 3.

you found me. 9 Reasons Your Company Should Use Brand Advocates: New Research What would you say if you could add 5, 10, 100 or 1000 marketing reps to your team? For free? What if these marketing reps would freely write about your brand and tell their friends and all they expect in return is recognition and access to insider information? Who are these free marketers? Who are brand advocates and what motivates them? This careful study identifies many attributes of brand advocates. Definition: A brand advocate is any customer who has been officially commissioned to speak on behalf of your brand without compensation. Some examples of brand advocates: Ambassadors for crafting and for Fiskars. So what can we learn about who advocates are and what motivates them? #1: Advocates are prolific creators of information Internet users are becoming increasingly comfortable sharing their experiences with products and services through social media. The survey found that brand advocates create and curate more than twice as many communications about brands as the average web user.

Newsbeat - Gangnam Style could be UK's first K-pop number one By Greg Cochrane Newsbeat music reporter South Korean pop star Psy recently appeared on TV in the US Chances are by now you'll either have seen, or know someone who has seen, the video for Psy's track Gangnam Style. That's because since its release in mid-July it's been clicked on more than 220 million times. It's a colourful, over-the-top, hilarious pastiche of commercial pop videos and sees Psy debut his now internationally famous "horse riding dance". Back home in South Korea, 34-year-old Psy, is already an established artist. Psy recently appeared on a US chat show with Britney Spears and Simon Cowell But for this latest release he decided to poke fun at an affluent and fashionable district in Korean capital city Seoul - Gangnam. Psy likens Gangnam, which translated means "south of the river", to Los Angeles celebrity hot spot Beverly Hills - you get the idea. The song is said to poke fun at Korea's "love/hate relationship" with the area. Bieber connection Chart history?

AKB48 pop star shaves head after breaking band rules 1 February 2013Last updated at 11:19 ET Japanese pop star Minami Minegishi begs to stay in band A Japanese pop star has shaved her head and offered a filmed apology after breaking her management firm's rules by spending a night with her boyfriend. A sobbing Minami Minegishi apologised to her fans and said she did not want to leave the band AKB48, in the video seen by millions on YouTube. The production company behind AKB48 said Minegishi, 20, had failed to abide by its cardinal rule - no dating. But fans have defended her, saying she is entitled to a normal life. Head shaving is a traditional form of showing contrition in Japan. 'Disgusting' Minegishi's apology came hours after a tabloid newspaper published photographs of her leaving the apartment of her boyfriend, Alan Shirahama, a dancer in a boy band. Minami Minegishi is one of the original members of the hugely popular girl band, AKB48 Some fans and commentators say Minegishi went too far with her public apology, and that it was unnecessary.

U.S. Adults: Most People Are Kind on Social Media [STUDY] Adults know how to play nice online, according to a recent survey that asked U.S. adults who use social networking sites how many of their interactions were positive. The survey showed 85% of U.S. adults say people are mostly kind online. Five percent of adults said people are mostly unkind and another 5% say it depends on the situation. These results differs from a Pew Research Center survey from last November that asked teenagers the same question. In the same Pew study about teens and online behavior, 12% reported being bullied online and nearly 9 in 10 teenagers said they'd witnessed online bullying. The recent study of adults' social media perceptions was compiled July 25 to August 26, 2011 by the Princeton Survey Research Associates International. After a rash of teen suicides in the past couple of years, outreach programs, the media and even President Obama shined a light on the issue of cyberbullying. What do you think about the results of these surveys?