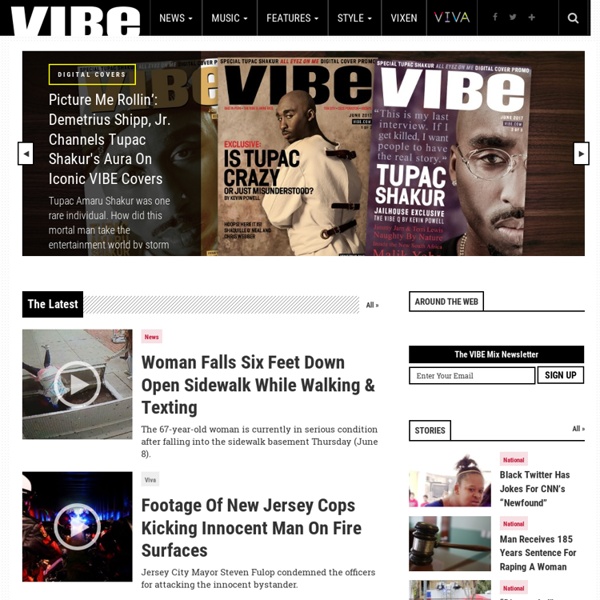 theCHIVE - Funny Photos and Funny Videos – Keep Calm and Chive On The Source arntre | Los Angeles Electronic Music Blog | Electro . House . Moombahton . Trap . Dubstep Welcome to Dismaland: A First Look at Banksy’s New Art Exhibition Housed Inside a Dystopian Theme Park [Updated 8/22] Photo by Christopher Jobson for Colossal WESTON-SUPER-MARE — Inside the walls of a derelict seaside swimming resort in Weston-super-Mare, UK, mysterious construction over the last month—including a dingy looking Disney-like castle and a gargantuan rainbow-colored pinwheel tangled in plastic—suggested something big was afoot. Suspicion and anticipation surrounding the unusual activity attributed to fabled artist and provocateur Banksy has reached a Willy Wonka-esque fervor. The spectacle has since been revealed to be a pop-up art exhibition in the form of an apocalyptic theme park titled Dismaland (“The UK’s most disappointing new visitor attraction”) that will be open to the public for five weeks. Photo by Christopher Jobson for Colossal / CLICK FOR DETAIL Dismaland legend Dismaland brochure / Park aerial view courtesy Upfest / Photo of construction So just what’s hidden inside the walls of this derelict seaside resort? Here’s some text from the event’s official brochure:

Viacomit 80+ Beautiful Street Crimes done by BANKSY Asked about his technique, Banksy said: “I use whatever it takes. Sometimes that just means drawing a moustache on a girl’s face on some billboard, sometimes that means sweating for days over an intricate drawing. Efficiency is the key.” Oh, wait! Who is Banksy? Banksy is a quasi-anonymous English graffiti artist. He’s gone from a teenage tagger to a well-known artist making multi-million dollar art. Can I buy one? According to Wikipedia, Banksy does not sell photos of street graffiti (why should anyone be interested in buying PHOTOS of graffiti in the first place?). Technique He mentions in his book, ‘Wall and Piece‘, that as he was starting to do graffiti that he was always too slow and was either caught or could never finish the art in the one sitting. Enough of the theory, I’m sure most of you know more about him and will share it in the comment section. (Sources: banksy.co.uk | Wikipedia | www.briansewell.com | boredpanda| weburbanist.com |timesonline.co.uk) Washing Stream Roller Warden

The Descent: Hill-Bomb Photo Feature Art by James Callahan | Words and animation by Adam CreaganIT MUST HAVE BEEN one of the first thrills ever on a skateboard. The ancient art of hill-bombing remains a monster rush to this day and is a universal skate experience. No matter which way skating progresses, the urethane plunge has not diminished one bit and never will. Other than bending your knees there's no technical skills involved with a hill-bomb, yet basic "control" is required: you have to remain standing and keep those feet on the grip. It sounds easy, but it's a battle of nerves with huge consequences. When the descent gets hectic do you jump off early and take your guaranteed lumps? We love this shit.