Positive vs Negative Reinforcement in ONE Minute 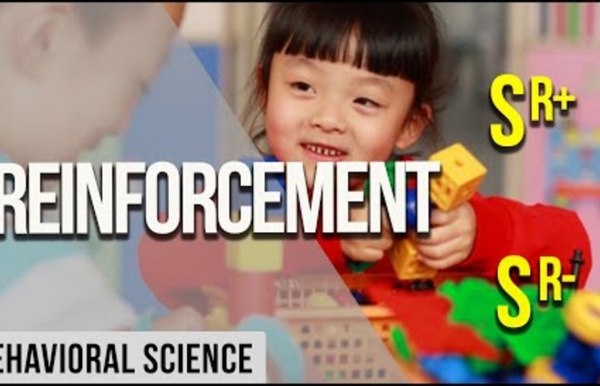 The Study of Punishment in Psychology Punishment is a term used in operant conditioning to refer to any change that occurs after a behavior that reduces the likelihood that that behavior will occur again in the future. While positive and negative reinforcements are used to increase behaviors, punishment is focused on reducing or eliminating unwanted behaviors. Punishment is often mistakenly confused with negative reinforcement. Tips for Communicating With Your Teen The teenage years have a lot in common with the terrible twos. During both stages our kids are doing exciting new things, but they’re also pushing boundaries (and buttons) and throwing tantrums. The major developmental task facing both age groups is also the same: kids must pull away from parents and begin to assert their own independence. No wonder they sometimes act as if they think they’re the center of the universe. This makes for complicated parenting, especially because teens are beginning to make decisions about things that that have real consequence, like school and friends and driving, not to speak of substance use and sex. But they aren’t good at regulating their emotions yet, so teens are prone to taking risks and making impulsive decisions.

“COVID-19 Sent My Family’s Screen Time Sky High. Why Aren’t Your Kids Addicted?” - SingaporeMotherhood.com When a fellow mum asked me this, I had to chuckle. It’s not that my kids wouldn’t be stuck to their screens too… if I just let them. It simply takes a little bit of work to ensure screen time doesn’t take over our lives. From Day One We set clear parameters around screen time from an early age. That culture includes inculcating the habits of: Positive Punishment: What It Is, Benefits, and Examples Positive punishment is a form of behavior modification. In this case, the word “positive” doesn’t refer to something pleasant. Positive punishment is adding something to the mix that will result in an unpleasant consequence. The goal is to decrease the likelihood that the unwanted behavior will happen again in the future. This approach may be effective in certain circumstance, but it’s only one part of the equation.

The Effects of Positive and Negative Reinforcement By Chron Contributor Updated August 04, 2020 Positive reinforcement involves rewarding an employee for doing a good job. An example would be giving an employee a paid vacation day for exceeding monthly production goals. Parent-child connection crucial to well-being of young, Letters on the Web News We are deeply concerned that the number of suicides for male teenagers aged 10 to 19 hit a record high last year (Record 19 teenage boys committed suicide last year, July 30). Research has shown that young people with a strong and close relationship with their parents are more likely to also report lower levels of depressive symptoms, suicide thoughts, self-harm and conduct problems. Such youth were more likely to report higher levels of self-esteem and better use of their free time.

The Difference between Positive/Negative Reinforcement and Positive/Negative Punishment February 5, 2013 7:40 pm Published by Kelley Prince M.A., BCBA In Applied Behavior Analysis, there are two types of reinforcement and punishment: positive and negative. It can be difficult to distinguish between the four of these. Therefore, the purpose of this blog is to explain the differences in order to help parents and professionals develop appropriate interventions to improve behavior. Reinforcement Reinforcement is used to help increase the probability that a specific behavior will occur in the future by delivering or removing a stimulus immediately after a behavior.Another way to put it is that reinforcement, if done correctly, results in a behavior occurring more frequently in the future.

Road Safety Tips A safe road journey cannot be taken for granted! Like Gracious Joseph, remember to always exercise patience and graciousness. Stay alert, drive carefully and follow traffic rules, signs, and signals. Follow these safe-driving tips and habits to enhance your experience on the roads, and make your journeys more safe and pleasant. Effective Consequences for Teenagers If you’re having trouble giving effective consequences to your teen, know that you are not alone. Many parents tell me that nothing seems to work, and that coming up with the right thing for their child can seem like an impossible task. If you’re the parent of an adolescent, you may have grounded your child, taken away their video games, or suspended their driving privileges for months on end. But as James Lehman says, you can’t punish kids into acceptable behavior—it just doesn’t work that way. “You can’t punish kids into acceptable behavior.” Rather, an effective consequence should encourage your child to change his behavior — whether that is abiding by the house rules, or treating people respectfully.