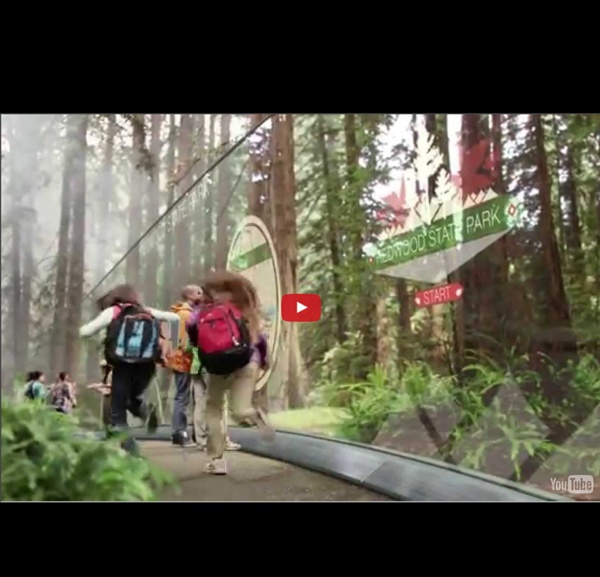 See inside Buckingham Palace as Google and YouTube take the public on a 3D tour Visitors can stand at the bottom of the grand staircase and, although not able to move, have an almost 360-degree view of the architectural wonder. They can also look down the picture gallery at the Old Masters such as Canaletto hanging on the walls, then turn around to see paintings behind them. Other highlights include tours of the lavishly decorated Green and White drawing rooms and the ballroom - where knighthoods and OBEs are presented by the Queen during investitures - all accompanied by a virtual tour guide. » Napster, Udacity, and the Academy Clay Shirky Fifteen years ago, a research group called The Fraunhofer Institute announced a new digital format for compressing movie files. This wasn’t a terribly momentous invention, but it did have one interesting side effect: Fraunhofer also had to figure out how to compress the soundtrack. The result was the Motion Picture Experts Group Format 1, Audio Layer III, a format you know and love, though only by its acronym, MP3. The recording industry concluded this new audio format would be no threat, because quality mattered most.

6 Characteristics Of Tomorrow's Classroom Technology Predicting the growth of technology is impossible–in both rate and direction. The same likely applies to learning. Combine them and you’ve got even greater uncertainty, but that’s what Michell Zappa and the folks over at Envisioningtech.com did in creating the following massive concept map. In the visual there are three distinct domains/learning spaces: Classroom, Studio, and Virtual. Within these domains are 6 sub-domains that represent both areas of growth and characteristics of how learning might change when fused with emerging technologies. Timeline 新搞作！Facebook Timeline Movie Maker 讓你的內容成為影片 Facebook 的 timeline 好不好用見仁見智，但 Facebook 就剛推出了一個新 app，將你 Facebook 的內容變成一段短片。我想，這 app 應該會受某些人歡迎的。 Facebook 稱新的 Timeline Movie Maker 會選出你 timeline 上的重要事件，剪成一段短片。這 app 是 Facebook 和 Definition 6 合作的。看來，Facebook 是想借它來推一推動暫時毀譽參半的 timeline。這 app 看來很易用，各位不妨去試試。

Interview: Zygmunt Bauman: “Social media are a trap” Zygmunt Bauman has just celebrated his 90th birthday and taken two flights from his home in the northern British city of Leeds to get to an event in Burgos, northern Spain. He admits to being tired as we begin the interview, but he still manages to express his ideas calmly and clearly, taking his time with each response because he hates giving simple answers to complex questions. Since developing his theory of liquid modernity in the late 1990s – which describes our age as one in which “all agreements are temporary, fleeting, and valid only until further notice” – he has become a leading figure in the field of sociology. His work on inequality and his critique of what he sees as the failure of politics to meet people’s expectations, along with a highly pessimistic view of the future of society, have been picked up by the so-called May 15 “Indignant” movement in Spain – although he has repeatedly highlighted its weaknesses. QUESTION. You have described inequality as a “metastasis.”

faq.essaytagger.com The only other limitation is that iOS devices (iPad, iPhone) do not support Flash and therefore the grading app will not function on iOS. An internet connection is required. How do I get my students' papers into the system? Teacher batch uploads: The most basic method is to have teachers upload the essays themselves. This places the burden on the teacher, but makes sense for those teachers who have a "hand-in" folder on the school network or who receive their assignments via email.

Five-Minute Film Festival: TED Talks for Teachers This week's announcement of a new initiative called TED-Ed caused a flurry of excitement about the new videos TED is creating to spread powerful lessons beyond the classroom walls. It's not just a new home for education-related TED videos; it's a call to action -- anyone can nominate an outstanding teacher or suggest a fantastic lesson, and the TED team will work with the educators chosen to record and then animate those lessons. You can already see the first few of these gems on the TED-Ed YouTube Channel. Though it can sometimes feel challenging to find twenty minutes to sit still in our multi-tasking lives, the videos below are worth it. Video Playlist: TED Talks for Teachers