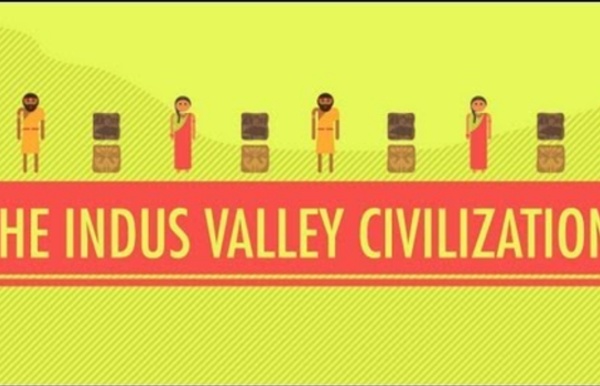 Lesson Plans - From Boomtown to Ghost Town Grades 3-5 Overview: In order to fully understand the geographic concept of natural resource use, students should learn about the ways that resource extraction affects the physical and human landscape. In this lesson, they will discuss how a specific economic activity in a region can facilitate the creation of towns, which often turn into ghost towns if the economic activity ends. Connections to the Curriculum: Geography, economics, environmental science Connections to the National Geography Standards: Standard 11: "The patterns and networks of economic interdependence on Earth's surface" Standard 14: "How human actions modify the physical environment" Standard 16: "The changes that occur in the meaning, use, distribution, and importance of resources" Time: Two to three hours Materials Required: Computer with Internet access Writing and drawing materials, including large pieces of paper poster board Objectives: Geographic Skills: S u g g e s t e d P r o c e d u r e Opening: Development: Closing:

Indus Valley Civilization - History for Kids One of the earliest urban civilizations in India and in fact, in the world, was the Indus Valley Civilization, also called the Harappan Culture. Urban Planning and Architecture About 5000 years ago, a group of nomads traveling from Sumeria (present-day Iran) entered North Western India, near present day Karachi. These nomads found a land so richly fertile by the banks of the river Indus that they settled there without hesitation. Over the next thousand years, the immigrants spread over an area of half a million square miles. The name Mohenjo-Daro means ‘Mound of the Dead’ in Sindhi. These cities were made of bricks – either baked mud of wood bricks. Sanitation and Sewerage System Despite a population of about 30,000, the city had one of the best sanitation systems. Mohenjo-daro was primarily an agricultural city. Near the granary was the great public bath house, known as the Great Bath. Houses were well protected from noise, odour and thieves.

Harappan Civilization Week 16: Indus Valley (Harappan) Civilization I. History of Rediscovery of the Indus Valley Civiliza- tion A. Indus Civilization collapsed before the composition of the hymns collected in the Rigveda, the oldest historical document of India (1200 B.C.). II. A. III. A. IV. A. 1. 9-m-wide N-S avenue 2. D. Questions for Film "Pakistan: Mound of the Dead" 1. Pare Lorentz Film Center - Home

Ancient Mesopotamia Civilization - History Mysteries for Kids “You know, I thought that with the number of lessons you have given me, we would have covered the one that is coming in my test on Tuesday, but I guess not!” Rohan cribbed to his friend Sir Dig-a-Lot. “The history of India itself is vast, imagine that of the world. What is the subject of the test?” asked Sir Dig-a-Lot. “Mesopotamia,” answered Rohan. “You are going to enjoy this lesson as it is an interesting one. “Mesopotamia means the land between rivers as it is the land of the Middle East between two rivers- Tigris and Euphrates. The first human civilizations were formed after cities grew bigger and prospered and the people learnt to write. “The Sumerian civilization was the first in the Mesopotamia region. “I didn’t know that Mesopotamia was such an important lesson in history,” said Rohan. “All the best for the test,” said Sir Dig-a-Lot and left. For more such interesting history articles and videos, go to History for Kids.

History and Politics, Indus Valley Indus Valley Civilization. The earliest traces of civilization in the Indian subcontinent are to be found in places along, or close, to the Indus river. Excavations first conducted in 1921-22, in the ancient cities of Harappa and Mohenjodaro, both now in Pakistan, pointed to a highly complex civilization that first developed some 4,500-5,000 years ago, and subsequent archaeological and historical research has now furnished us with a more detailed picture of the Indus Valley Civilization and its inhabitants. The Indus Valley people were most likely Dravidians, who may have been pushed down into south India when the Aryans, with their more advanced military technology, commenced their migrations to India around 2,000 BCE. Some kind of centralized state, and certainly fairly extensive town planning, is suggested by the layout of the great cities of Harappa and Mohenjodaro. The Indus Valley civilization raises a great many, largely unresolved, questions. Back to Ancient India

Where in the World? A Google Earth Puzzle - Alan Taylor - In Focus Looking at the world via Google Earth offers striking images of the diversity of our planet and the impact that humans have on it. Today's entry is a puzzle -- part 2 in a series (part 1 here), in which we challenge you to figure out where in the world each of the images below was taken. (Unlike part 1, we're making this one multiple choice.) Note that north is not always up in these pictures. Also, be assured that, apart from a bit of contrast, these images are unaltered; they are exactly what Google and its mapping partners provide. So have a look at the images below, make your guesses, and see your score at the end. Use j/k keys or ←/→ to navigate Choose: Can you identify where in the world this image was taken?

Ancient Egypt Civilization History for Kids with Sir Dig-a-lot| Mocomi “I want to learn about ancient Egypt today,” Rohan said. “It was one the greatest civilizations in history. The monuments and the pyramids continue to stand strong even after 4000 years. Egypt is considered a holy place for Christians as a good amount of the Old Testament happened in Egypt.” “Egypt is located in the northeastern corner of the continent Africa. Egypt is made of deserts, so without the river life would be very tough. “Egypt existed as two separate kingdoms initially- the north known as the white crown and the south known as the red crown. Egypt reached the pinnacle of its power during the New Kingdom under the Hittite, Mitanni and the Assyrian empires. “Egyptians were strong mathematicians and scientists. “Learning about ancient civilizations is always fun! “Well said, Rohan,” said Sir Dig-a-Lot, as he made his exit. For more such interesting history articles and videos, go to History for Kids.