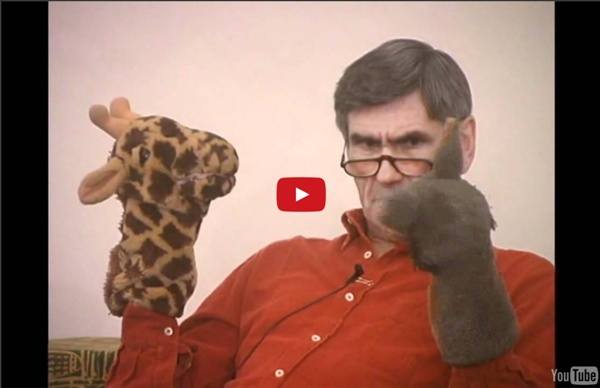 How to Practice Nonviolent Communication (with pictures) Reader Approved Three Methods:Practicing NVCHandling BoundariesCommunicating WellCommunity Q&A Nonviolent Communication (NVC)[1] includes a simple method for clear, empathic communication, consisting of four areas of focus: ObservationsFeelingsNeedsRequests NVC aims to find a way for all present to get what really matters to them without the use of guilt, humiliation, shame, blame, coercion, or threats. Steps Practicing NVC 1State the observations that are leading you to feel the need to say something. Handling Boundaries Nonviolent Communication is an idealized style of communication, and it will not work in every single situation. 1Make sure a person is open to nonviolent communication. Communicating Well 1Decide upon the solution together, if possible. Community Q&A Add New Question My husband does not always like to hear my opinion and thinks I am arguing. Ask a Question Sentence templates Sometimes, a memorized sentence template can help structure what you need to say: Video Tips Warnings

Descansos This Descanso is in memory of Brian Simsovich. Brian was from Las Trampas and was only 17 years old. Brian died February 23, 2001 when his truck went over an embankment in a bad snow storm. This cross was made by members of the wood working class at Penasco High School and is placed at the site of the accident in Vadito A descansos is a Spanish name word meaning rest or resting place. A descansos is usually erected at the site of tragic accident in which some ones life was cut short. Darryl Blakey, the beloved soul mate of Heather, webmaster of the Soul Food Cafè, died on January 19 2006. Famed Jungian writer, Clarissa Pinkola Estés, describes the process of descansos in her classic Women Who Run With The Wolves. Estés goes on to explain that women reach the point where they are full up to their ears with everything and they've had it. To cleanse oneself Estés suggests making descansos. To read more about Descansos read pages 365-66 Estés, C.P.

6 Exercises To Strengthen Compassionate Leadership Disney has been known for its litigious nature in the past, going so far as to change copyright law in order to keep Mickey Mouse out of public domain. That's why it's kind of weird that a movie filmed at Disney World, unapproved by the Mouse House, even exists at all. After making a splash at Sundance this year, though, the intriguing Escape From Tomorrow appears to be heading for a theatrical release--and the first trailer is now online. First-time director Randy Moore shot the film at the Florida theme park, guerrilla-style, over a series of visits with his crew and an unknown cast. Details of the terms Moore worked out with Disney remain under wraps for now, but the controversial matter seems to be settled. While the circumstances surrounding Escape's production have dominated the conversation thus far, with the release of this trailer, perhaps talk will shift to the movie itself.

Trippy Indian Music Video from Sita Sings the Blues No Pushing, No Giving Up by Miki Kashtan One of the common misconceptions about the practice of Nonviolent Communication is that it’s about being “nice.” It’s probably a similar misconception to that of thinking of nonviolence as passivity. I believe both misconceptions derive from our habit of either/or thinking. Most of us don’t have models for a path that’s neither aggressive nor passive. Within this either/or thinking, if the only two models are imposing on others or giving up on our own needs, many of us will interpret nonviolence as the latter. What does this look like? The either/or paradigm as it applies to human relationships rests on two assumptions. From Demands to RequestsIf we are habituated to pushing for what we want, the message we convey to everyone around us is that their needs don’t matter. In a relationship of fundamental equality, pushing for what we want looks like a fight. Asking for What We Want