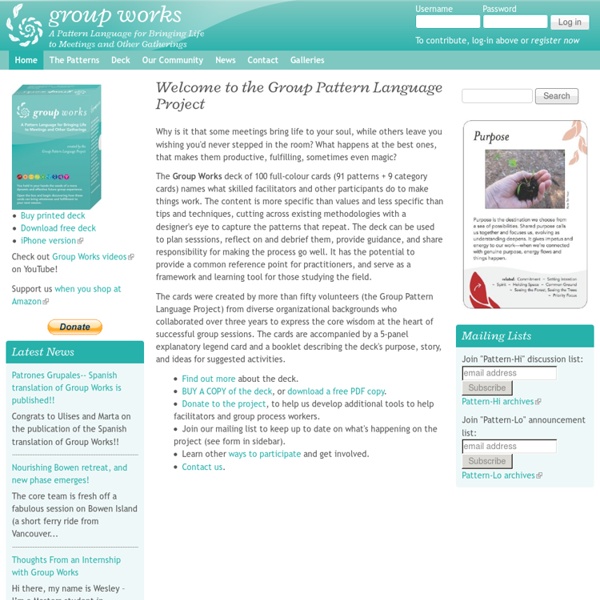 Announcing The Search: Growing Collective Impact in Australia | Collaboration for Impact For most Australians life is good. By a measure of average wealth, we’re among the wealthiest in the world. Our cities regularly top global lists for livability, and our nation has recently been named as one of the happiest places to live on the planet. But while most Australians enjoy a high standard of living by international standards, many are facing serious social and economic problems that are proving tough to resolve, and in many cases becoming worse. Once the domain of government or not-for-profits to solve, it has become clear that the complex nature of many of these issues means that no single program or organisation, however innovative, influential, well managed or well funded, can successfully address them singlehandedly. Making large-scale change through Collective Impact Growing Collective Impact with The Search Additionally, short-listed communities will receive up to $5000 worth of support to significantly advance their Collective Impact initiative for their application.

Generative Dialogue - Dene Rossouw - Possibil.com In his book, Dialogue and the art of thinking together, William Isaacs introduces the concept of a container that is essential for dialogue to take place. “Dialogue….is a conversation with a centre, not sides. It is a way of taking the energy of our differences and channelling it toward something that has never been created before. “William Isaacs The container is a place of psychological safety. We say a lot when we truly listen One of the most powerful tools for generative and deep dialogue is committed listening, which involves a set of interrelated skills: open-ended questioning, paraphrasing, acknowledging feelings, non-verbal encouragers and summarizing. It’s the commitment to listen to the unique experiences of another person by hearing not only the words but sensing and responding to the underlying feelings, and unexpressed meanings behind the words. Generative dialogue Generative dialogue creates something new. 1. 2. 3. 4. 5. Dene Rossouw Did you enjoy this blog post? Google+

Indigenous Governance awards for women's group and theatre troupe | Australia news A central Australian women’s group and a regional Victorian theatre troupe have won the prestigious Indigenous Governance awards and $20,000, it was announced in Melbourne on Thursday night. The awards, run by Reconciliation Australia in partnership with mining giant BHP Billiton, are held every second year “to identify, celebrate and promote strong Indigenous governance”. The 2014 competition received a record 113 applications from across Australia. Alice Springs’ Waltja Tjutangku Palyapayi Aboriginal Corporation was awarded the top honour for its work supporting and advocating for remote communities across 90,000 sq km of Australia’s central region. The management committee and executive is made up of elected Aboriginal women from its member communities. Chair of the judging panel, Prof Mick Dodson, said it was “hard to fault” the governance of the organisation. “It’s what we should be seeing across the world,” said Dodson. “We need things like this to co-exist, to build understanding.

New Paradigm Economics | The Visionary Commons We’ve been enculturated to think of economics as a cold, boring, academic subject devoid of connection to humanity’s heart and soul. In fact it is intimately connected and potentially one of the most juicy, alive, rich ways of understanding and evolving our humanity, our purpose and our future. Economics is one of the most essential fields of agreements on how we hold our collective self-image, how we develop our collective self esteem. It is how we agree to take care of each other – how we hold every other human being on the planet in relationship. To start to understand a new paradigm for economics, money and value and how we interact with the world, I invite you to “spend” some time with these videos. Many more to come soon! First Charles Eisenstein captures the essence of new paradigm economics in this 12 minute video: And watch the latest from Bernard Lietaer – this says it well! and to understand this new currency world: When in doubt look to the younger generation!

How Does A Honeybee Colony Think? As any kid with a mason jar can tell you, the honeybee isn’t the smartest animal on the planet. But oddly enough, a honeybee colony is actually pretty intelligent. Without the understanding of any single bee, the colony is constantly weighing decisions and making choices—like sending workers to the best place to collect food, or efficiently allocating jobs. You have to wonder, how does the honeybee group make decisions when the individuals can’t? Although you might think the queen bee plays some role in this, she actually has no say in the decision-making. House Hunting The most important decision a honeybee colony will ever make is choosing the best place to build a new hive—which a colony does when their old hive is destroyed, or when a new queen is born. Amdam says that the temporarily-homeless honeybees will huddle together into a writhing pile—which can be up to several thousand bees thick—as they make their choice. Honeybees and Neurons

Global Dynamics Processes: the Pattern which Connects from KaliYuga to Tao: Metalogue: what is the instinct of Tao? Definition of insinct: in animal psychology and ethology, “nervous mechanism hierarchically organized, with innate action patterns, sensitive to certain environmental stimuli that arouse it, put it in action and direct it, to which it responds with well-coordinated movements which have as their purpose the preservation of the individual or species". The animal instinct (which leads for example the birds to build nests) is more complex than reflection; does not change either during the life of the individual or through several generations of individuals of the same species, and become less rigid or preformed and so much more connected to learning as going up in the zoological scale.. Definition of Metalogue: A metalogue is a conversation about some problematic subject. This conversation should be such that not only do the participants discuss the problem but the structure of the conversation as a whole is also relevant to the same subject. D: But what does it explain? D: Don't be silly.

MAGAZINE - Future-Ready Now! We created the FUTURE-READY NOW! magazine in order to get to the bottom of some things: We want to learn more about leadership in a time where old ways of leading are rapidly becoming obsolete. We want to arrive at an understanding of strategy and design that is not anti-human and anti-planet. We hope to deepen our understanding of just how people at work are creating, navigating relationships, communicating and surviving the massive complexity in the 21st Century organization. And most importantly, we have designed Future Ready Now to be a voice for the unseen and unrecognized; for the opportunities hidden everywhere overlooked by common sense. At the center of our publication is one provocative question: That’s a great question, with a lot of open explorations. In that spirit, the design of Future Ready Now is tied to the idea that people, platforms, purpose and planet can converge in unique ways so that everyone can thrive in their places of living and working.