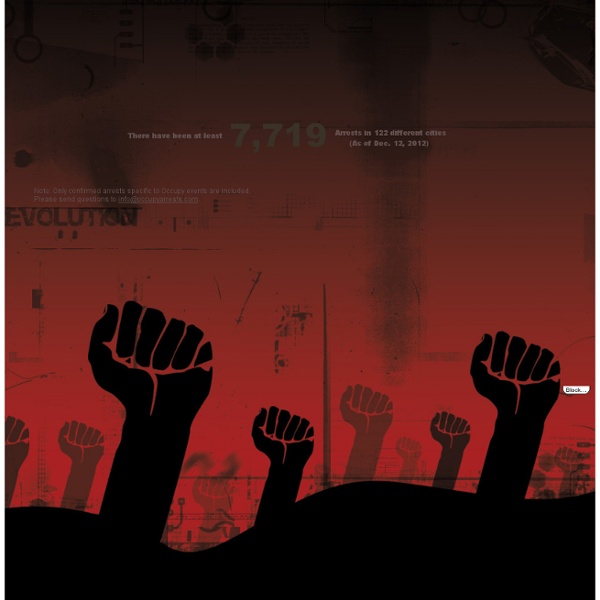 Globalizing Torture: CIA Secret Detention and Extraordinary Rendition Hide Download Files Download the 216-page report. 1.08 MB pdf Following the terrorist attacks of September 11, 2001, the Central Intelligence Agency embarked on a highly classified program of secret detention and extraordinary rendition of terrorist suspects. Globalizing Torture is the most comprehensive account yet assembled of the human rights abuses associated with CIA secret detention and extraordinary rendition operations. More than 10 years after the 2001 attacks, Globalizing Torture makes it unequivocally clear that the time has come for the United States and its partners to definitively repudiate these illegal practices and secure accountability for the associated human rights abuses.

Voting Law Changes in 2012 See our updated roundup of voting law changes in 2013. Ahead of the 2012 elections, a wave of legislation tightening restrictions on voting has suddenly swept across the country. More than 5 million Americans could be affected by the new rules already put in place this year — a number larger than the margin of victory in two of the last three presidential elections. In October 2011, this report was the first full accounting and analysis of this year's voting cutbacks. Download the Report (PDF) Read Voting Law Changes Summary (UPDATED 10/5/12) Download the 2011 Appendix (PDF) Download the Overview (PDF) View the Report Executive Summary Over the past century, our nation expanded the franchise and knocked down myriad barriers to full electoral participation. State governments across the country enacted an array of new laws making it harder to register or to vote. These new restrictions fall most heavily on young, minority, and low-income voters, as well as on voters with disabilities.

Obama's regressive record makes Nixon look like Che Redditor Federal Reservations has made a handy post enumerating all the regressive, authoritarian, corporatist policies enacted by the Obama administration in its one-and-a-bit terms. You know, for someone the right wing press likes to call a socialist, Obama sure makes Richard Nixon look like Che Guevara. And what's more, this is only a partial list, and excludes the parade of copyright horrors and bad Internet policy emanating from the White House, via Joe Biden's push for Six Strikes, the US Trade Rep's push for secret Internet censorship and surveillance treaties like TPP and ACTA and TAFTA; the DoJ's push to criminalize every Internet user by expanding the CFAA, and much, much more. Thanks Obama!

10 Years Later, 9/11 Commission Says President Is Failing to Protect Civil Liberties The 9/11 Commission released a 10-year report card on the recommendations they made back in 2004. And one of three recommendations that remains entirely unfulfilled–the only one that is entirely the responsibility of the executive branch–is implementing a board to defend civil liberties. “[T]here should be a board within the executive branch to oversee adherence to the [privacy] guidelines we recommend and the commitment the government makes to defend our civil liberties.” An array of security-related policies and programs present significant privacy and civil liberty concerns. In particular, as the FBI and the rest of the intelligence community have dramatically expanded their surveillance of potential terrorists, they have used tools such as National Security Letters that may implicate the privacy of Americans. Describing the PCLOB as “dormant” is actually a huge favor to Obama. [snip] If we were issuing grades, the implementation of this recommendation would receive a failing mark.

There Are People Who Should Have to Plead for Mercy from a Judge—None Are Named Bradley Manning Pfc. Bradley Mannin and his civilian defense attorney, David Coombs, sit before a judge (Sketch by Clark Stoeckley) There are people in this world who should find themselves in a position where they must sit on a witness stand, look up to a judge and make a statement pleading with the judge for mercy so they are not put away in jail for the rest of their life. None of those people include Pfc. Bradley Manning and yet that is what he did on Wednesday, as he addressed a military court at Fort Meade. It was an apology for disclosing US government information to WikiLeaks. “At the time of my decisions, as you know, I was dealing with a lot of issues, issues that are ongoing and continuing to affect me. He did not only show remorse before the judge but also that he was ashamed of who he had been and what he had thought at the time of the offenses. “I am sorry for the unintended consequences of my actions. A statement like this was probably to be expected. Lt. These are but a few examples.

Guatemala Experiments: Syphilis Infections, Other Shocking Details Revealed About U.S. Medical Experiments ATLANTA -- A presidential panel on Monday disclosed shocking new details of U.S. medical experiments done in Guatemala in the 1940s, including a decision to re-infect a dying woman in a syphilis study. The Guatemala experiments are already considered one of the darker episodes of medical research in U.S. history, but panel members say the new information indicates that the researchers were unusually unethical, even when placed into the historical context of a different era. "The researchers put their own medical advancement first and human decency a far second," said Anita Allen, a member of the Presidential Commission for the Study of Bioethical Issues. From 1946-48, the U.S. The researchers apparently were trying to see if penicillin, then relatively new, could prevent infections in the 1,300 people exposed to syphilis, gonorrhea or chancroid. The commission revealed Monday that only about 700 of those infected received some sort of treatment. Dr.

Groups Hail Obama's Order for Mass Atrocities Board - IPS ipsnews.net | Rights & Liberties | Scoop.it WASHINGTON, Aug 4, 2011 (IPS) - Human rights groups here have welcomed Thursday's directive by President Barack Obama to create a new, high-level inter- agency mechanism designed to help prevent mass atrocities overseas before they occur. They also praised a second White House order barring the entry into the United States of persons "who organize or participate in war crimes, crimes against humanity, and serious violations of human rights". "These actions are critical steps toward institutionalising prevention mechanisms in a more permanent way, rather than relying on the personal commitment and passion of current officials in key posts," said Elisa Massimino, the executive director of Human Rights First. "If 'never again' and 'not on our watch' are to be more than feel- good slogans, the United States must untie the bureaucratic knots that have at times undermined its ability to prevent and effectively confront mass atrocities," she added.

The Constitution Project US freezes Chicago Palestinian leader's bank accounts The US government has frozen the bank accounts belonging to Hatem Abudayyeh, a Palestinian community organizer and director of a social service organization serving the Arab community in Chicago, and his wife, Naima. Meanwhile, several members of Congress have written to the Obama administration to express their concerns about violations in civil liberties as a result of earlier government actions toward Abudayyeh and other activists. The freezing of the Abudayyeh family’s bank accounts on Friday, 6 May is the latest development in a secret grand jury investigation that has been launched by US District Attorney Patrick Fitzgerald’s office in Chicago. The freezing of the accounts has raised concerns that criminal indictments in the case may be imminent. “I was downtown [in Chicago] on Friday, I had parked my car in a garage and when I tried to use my debit card to get out, it was declined,” Hatem Abudayyeh, director of the Arab American Action Network, told The Electronic Intifada.

The Government's Secret Plan to Shut Off Cellphones and the Internet, Explained Photoillustration by Matt Connolly Update: The Electronic Privacy Information Center reports that the court just granted the government more time to decide whether to release the kill switch plan. It now has until January 13. This month, the United States District Court for the District of Columbia ruled that the Department of Homeland Security must make its plan to shut off the internet and cellphone communications available to the American public. You, of course, may now be thinking: What plan?! What is a kill switch? How does a kill switch work? Is it harder for the US government to kill cellphones or the internet? Experts say that shutting off the internet could be tougher. Is it legal for the Obama administration to activate a kill switch? Why would the US government need to exercise a kill switch? Critics contend that activating any kind of kill switch will do more harm than good. Has the government ever turned off cell phones or the internet? What are the constitutional problems?