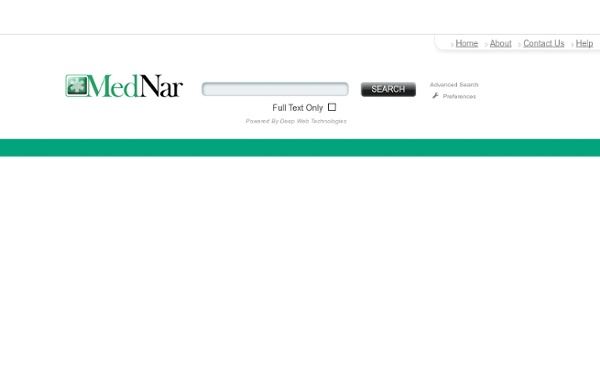 Eating green leafy vegetables keeps mental abilities sharp Something as easy as adding more spinach, kale, collards and mustard greens to your diet could help slow cognitive decline, according to new research. The study also examined the nutrients responsible for the effect, linking vitamin K consumption to slower cognitive decline for the first time. "Losing one's memory or cognitive abilities is one of the biggest fears for people as they get older," said Martha Clare Morris, Sc.D., assistant provost for community research at Rush University Medical Center and leader of the research team. "Since declining cognitive ability is central to Alzheimer's disease and dementias, increasing consumption of green leafy vegetables could offer a very simple, affordable and non-invasive way of potentially protecting your brain from Alzheimer's disease and dementia." "Our study identified some very novel associations," said Morris, who will present the research at the American Society for Nutrition (ASN) Annual Meeting during Experimental Biology 2015.

100 Search Engines For Academic Research Back in 2010, we shared with you 100 awesome search engines and research resources in our post: 100 Time-Saving Search Engines for Serious Scholars. It’s been an incredible resource, but now, it’s time for an update. Some services have moved on, others have been created, and we’ve found some new discoveries, too. Daily Marijuana Use Doesn’t Really Change Brains of Adults or Teens, Study Finds Last year, the press and marijuana-legalization opponents gave a lot of attention to a study suggesting that daily marijuana causes abnormalities in the brain. New research, reportedly using better techniques, indicates that claim and other reports of cannabis-caused changes to brain structure simply aren't true. The authors of the new study, "Daily Marijuana Use Is Not Associated with Brain Morphometric Measures in Adolescents or Adults," published in the latest edition of the Journal of Neuroscience, suggest that alcohol use was responsible for previous studies finding brain changes.

Journey Into The Hidden Web: A Guide For New Researchers Advertisement Table Of Contents 1. What is the Deep Web? 1.1 Databases for People Research fpsyg.2014 1Department of Neurology, School of Medicine, University of California, Los Angeles, Los Angeles, CA, USA2Centre for Research on Ageing Health and Wellbeing, Australian National University, Canberra, ACT, Australia While overall life expectancy has been increasing, the human brain still begins deteriorating after the first two decades of life and continues degrading further with increasing age. Thus, techniques that diminish the negative impact of aging on the brain are desirable.

Research Beyond Google: 56 Authoritative, Invisible, and Comprehensive Resources Got a research paper or thesis to write for school or an online class? Want to research using the Internet? Good luck. There’s a lot of junk out there — outdated pages, broken links, and inaccurate information. Using Google or Wikipedia may lead you to some results, but you can’t always be sure of accuracy. Spatial memory deficits in a mouse model of late-onset Alzheimer’s disease are caused by zinc supplementation and correlate with amyloid-beta levels Introduction Alzheimer’s disease (AD) is the primary cause of dementia in the elderly and currently affects more than five million Americans (Alzheimer’s Association, 2013). The present research focuses on how the biometals, such as zinc (Zn), copper (Cu), and iron (Fe), interact with amyloid beta (Aβ)—the key constituent of the plaques that are characteristic of the disease, which mediates plaque formation and consequent oxidative damage. Zn, Cu, and Fe are found in high concentrations in and around amyloid plaques (Lovell et al., 1998; Maynard et al., 2005), consistent with the notion that Aβ is a metalloprotein that possesses binding sites for both Zn and Cu (Bush et al., 1993; Hesse et al., 1994). Zn has been shown to be particularly effective in promoting Aβ aggregation (Bush et al., 1993), and the sequestration of Zn by Aβ leads to an intracellular deficiency of this metal (Grabrucker et al., 2011). Materials and Methods

Meta Search Engine List This page aims to provide a comprehensive list of meta search engines available across the world. A specialist meta-search engine for file extensions. Provides a search across many different file extension lists on the internet. First Alzheimer’s Treatment to Fully Restore Memory Functionality As anyone who has seen what Alzheimer’s can do to a person will tell you, it’s not pretty, it’s not fun and it’s one of the most difficult diseases to deal with for both parties. It’s difficult to watch those you love grow older, but when they begin forgetting everything and everyone around them it can be just as damaging to those around them. What makes this disease such a problem is that there have been no significant advances in curing it or reversing its effects since the initial discovery in 1906. The scientists and researchers from the Queensland Brain Institute at the University of Queensland have been working diligently to discover something that would help, and it appears they may have now found a viable treatment. To the best of our current knowledge about Alzheimer’s is that it’s brought on by the buildup of two different types of neural plaques – neurofibrillary clusters and amyloid plaques, both stemming from different proteins.