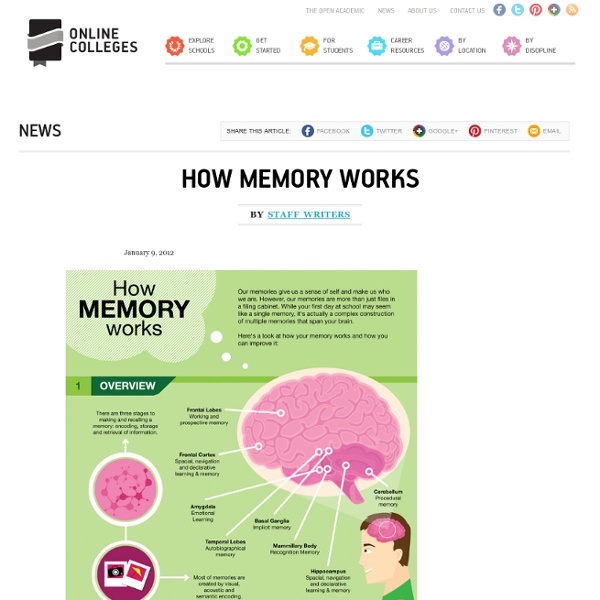 8 Ways to Train Your Brain to Learn Faster and Remember More You go to the gym to train your muscles. You run outside or go for hikes to train your endurance. Or, maybe you do neither of those, but still wish you exercised more. Well, here is how to train one of the most important parts of your body: your brain. When you train your brain, you will: Avoid embarrassing situations: you remember his face, but what was his name? So how do you train your brain to learn faster and remember more? 1. Twyla Tharp, a NYC-based renowned choreographer has come up with the following memory workout: when she watches one of her performances, she tries to remember the first twelve to fourteen corrections she wants to discuss with her cast without writing them down. The practice of both remembering events or things and then discussing them with others has actually been supported by brain fitness studies. What is the simplest way to help yourself remember what you see? For example, say you just met someone new. “Hi, my name is George” 2. Say you are a procrastinator.

Graded English language dictations free online Hack Your Memory: 3 Basic Tricks to Remember Anything | Refocuser A few years ago my wife and I went on a two-week trek through Italy. Our final stop was Positano, a sleepy coastal town on the Amalfi Coast, and we read voraciously in the sun for days. It was fantastic. It was during this time that I read Mind Performance Hacks by Ron Hale-Evans (the picture is proof – that’s my 2006 self on a deck in Positano, with my then new glasses and a glass of Italian wine, reading this book. Skip to the bottom of this post to see one reason why it was so much fun to read there!) The book in general was a fascinating read – I took lots of notes in my Moleskine (which have since made their way into Evernote along with everything else). Memory is critically important in everyday life, yet we’re outsourcing our memory to search engines, Wikipedia, and other tools on a daily basis. We’ve since gotten lazy. The basic idea is this: for thousands of years, our ancestors spent a lot more time processing spatial data than they did with numbers. 1. 2. 3.

Speech GraphicsSpeech Graphics creates world’s first high fidelity animation of human speech organs » Speech Graphics Oct 14 '13 Author: Speech Graphics Posted in: Press Specialist audio animation studio, Speech Graphics, announced today the launch of the world's first high fidelity animation of the human speech organs. Communication in today's global economy is critical and for the approximately 2 billion people learning English as a second language, accent and pronunciation are two of the most difficult aspects to master. Gregor Hofer of Speech Graphics explains: "A strong accent can be a major barrier to effective communication. Revealing a hidden world never seen so clearly before, Simone is a fully functioning cutaway of the inside of the mouth, nose and throat. Viewed from the front, Simone's face moves in perfect synchrony with audio recordings of sounds and words. Saundz.com provided a learning curriculum and graphical web interface around the Speech Graphics animation.

10 Things You Can Do Every Day To Benefit Your Brain A mind is a valuable thing to waste. You’ve heard the saying many times, but it truly does ring true. Your mind is your most valuable asset. You need to take care of it. 1. Refreshing your body can also help you improve brain function, increase memory, and improve your mood. 2. When you’re tired, your brain can be more creative. 3. Did you know that it’s literally impossible for your brain to multitask? 4. You’ve heard that cardio leads to a healthier, better body. 5. Computers, iPads, tablets, smartphones and the connection to the internet everywhere means it’s becoming less and less likely that you will pull out a piece of paper and write. 6. Your car needs oil, your smartphone needs a battery, and your brain needs nutrients. 7. Learning a new language is one of the best ways to benefit your brain. 8. The hit game Words with Friends is addictive, yes, but also has great benefits for your brain! 9. Meditation is one of the best, oldest forms of relaxation. 10. Read full content

Learning English - Home Repetition Doesn’t Work: Better Ways to Train Your Memory How the massive influx of tourists impacted prostitution, which is technically legal, in the South American country. In 1920, to prepare for King Albert of Belgium’s visit to Rio de Janeiro, local officials engaged in an extralegal campaign to improve the city’s “moral hygiene.” Police rounded up all the lower-class prostitutes, cuffed them, and relocated them to the “Mangue”—or downtown marsh district, thereby forming Rio’s very first red light district. Further cleansing occurred in 1967, when police erected walls around the prostitution zone to shield it from the delicate gaze of Queen Elizabeth II in advance of her state visit the following year. The police crackdown on crime also extended to prostitution in order to, as the district attorney stated, “contribute to changing [Rio’s] soiled image.” Thousands of sex websites were reportedly targeted, and Brazil’s leftist president, Dilma Rousseff, took to Twitter to denounce “sexual tourism” during the World Cup.

How to Learn (But Not Master) Any Language in 1 Hour (Plus: A Favor) Deconstructing Arabic in 45 Minutes Conversational Russian in 60 minutes? This post is by request. How long does it take to learn Chinese or Japanese vs. Here’s the reasoning… Before you invest (or waste) hundreds and thousands of hours on a language, you should deconstruct it. So far, I’ve deconstructed Japanese, Mandarin Chinese, Spanish, Italian, Brazilian Portuguese, German, Norwegian, Irish Gaelic, Korean, and perhaps a dozen others. How is it possible to become conversationally fluent in one of these languages in 2-12 months? Consider a new language like a new sport. There are certain physical prerequisites (height is an advantage in basketball), rules (a runner must touch the bases in baseball), and so on that determine if you can become proficient at all, and—if so—how long it will take. Languages are no different. If you’re a native Japanese speaker, respectively handicapped with a bit more than 20 phonemes in your language, some languages will seem near impossible. 2. 3. 4.