Design Actions for the Common Good 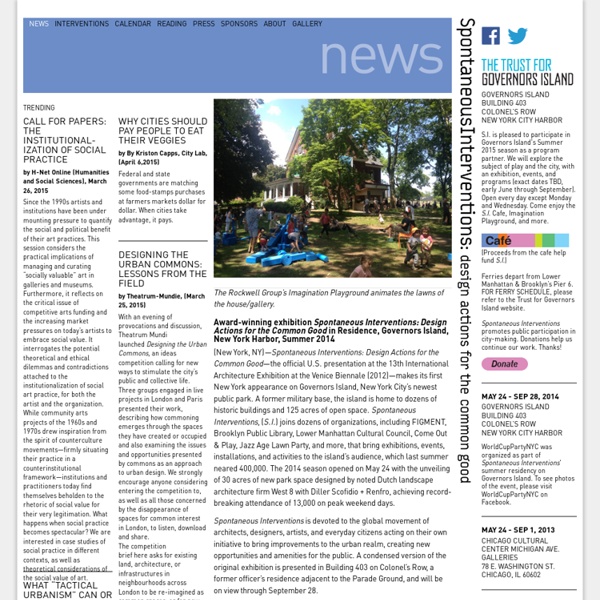 Architectural Record's Continuing Education Center | Earn AIA Continuing Education Credits Online The architecture meltdown When the Great Recession dawned, architecture was the glamour profession of the creative class. Extravagant, signature buildings – Frank Gehry’s titanium-clad Guggenheim Museum in Spain’s Basque Country, Richard Meier’s white-travertine Getty Center in Los Angeles, and multimillion-dollar concert halls in seemingly every city in the U.S. – drew not only press attention but the kind of architectural tourists who once visited Italian duomos. Brash, individualistic “starchitects” – cerebral urbanist Rem Koolhaas, Iraq-born diva Zaha Hadid, gracious, serene Renzo Piano and others hailed in the press as visionaries – became the new rock stars. For an era supposedly defined by bourgeois bohemianism, architecture – a synthesis of aesthetics with hardheaded pragmatism — was the perfect field. It isn’t just the celebrity figures who are frustrated, however. He bounced checks. Horton wasn’t alone: According to the U.S. But those stuck working in the States are in a tight spot. The Washington, D.C.

Building Diagrams I've always found the gulf between architect and end user most fascinating, particularly the legibility of architectural production (plans, elevations, sections, details, sketches, models, perspectives, renderings, etc.) by -- for lack of a better term -- laypeople. It goes without saying that much of that produced by the former is not fully grasped by the latter, in terms of how a set of drawings, for example, will translate into a building. Models and renderings attempt to bridge this gulf of understanding, but in some cases diagrams done after a building's completion can prove even more helpful. These post-occupancy aids may be done for publication, though more often than not they are done for public buildings (museums, libraries, etc.) as wayfinding devices, given to visitors to help orient themselves in space. Below is a sampling of what I found, with some broad categorizations on how the diagrams increase legibility. The color-coded plan: and: The solid-void plan:

No. 570 - 2012.1024 Brooklyn is a hub of innovative architecture and design, with dozens of young professionals commissioning or undertaking their own eco-sensitive renovations to existing brownstones and low-rise attached buildings throughout the borough. Tighthouse, a Passive House brownstone retrofit, sits at the end of a string of two-story buildings constructed in 1899 that share a tree-lined block with larger brownstones built around the same time, centrally located off Fifth Avenue in the neighborhood of Park Slope. It is the first certified Passive House in New York City and meets the standards for new construction, surpassing the EnerPHit certification. Remodeling Approach The unique retrofit of a 110-year-old house by the Brooklyn-based firm Fabrica 718 could serve as an important model for the many urban and suburban residences that need energy-saving renovations.