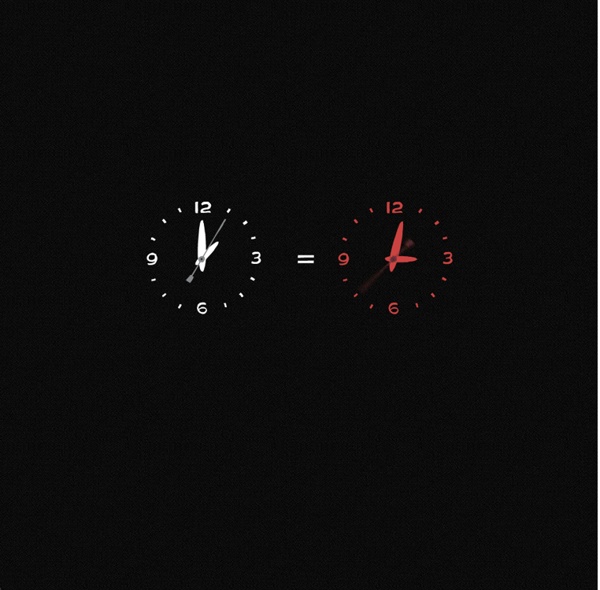 OECD – Your Better Life Index Average personal index for Germany, men, 15–24 How’s life? There is more to life than the cold numbers of GDP and economic statistics – This Index allows you to compare well-being across countries, based on 11 topics the OECD has identified as essential, in the areas of material living conditions and quality of life. Download executive summary Download the index data Learn more about the index

Map your moves Data This map distills more than 4000 moves from over 1700 people, collected in an informal survey by WNYC, a New York based public radio station. For generating the geo–coordinates from the entered ZIP codes, I used the free bulk geocoder at gpsvisualizer.com. I did not check every single data row in detail, so a few of the moves might be misrepresented. Mapping As most moves occurred from, to or within the New York area, this area displayed enlarged in the white circle at the center of the graphic. Style Space: How to compare image sets and follow their evolution Draft text by Lev Manovich (August 4-6, 2011). All projects and visualizations are created by members of Software Studies Initiative (credits appear under the images on Flickr) Batch image processing softwate: Sunsern Cheamanunkul and Jeremy Douglass. ImagePlot visualization software: Lev Manovich, Jeremy Douglass, Nadia Xiangfei Zeng. ImagePlot documentation: Tara Zepel.

The Majority of Americans Still Don't Care About the NSA Spying on Them - Philip Bump A bit of good news for the 265 sitting members of Congress who voted to extend the legislation that the NSA claims as its mandate to collect phone data: the majority of Americans don't care. Pew Research today released a poll suggesting that 56 percent of the country thinks doing just that is just fine. The firm, which has clearly been paying closer attention to the history of the NSA than many Americans, asked similar questions about the balance between privacy and terror investigations in 2002, 2003, 2006, and 2010. That history provides some insight into how attitudes toward the subject have changed.

Urban Population Map Close Source United Nations, Department of Economic and Social Affairs (UNDESA), Population Division special updated estimates of urban population as of October 2011, consistent with World Population Prospects: The 2010 revision and World Urbanization Prospects: The 2009 revision. Graphic presentation of data based on The Guardian, 27 July 2007. This map is stylized and based on an approximate scale. Inspirational Quotes / Motivational Quotes / Quotes to live by This site is not suppose to look like this, it's suppose to be a little more fun. You are probably using an old browser like Internet Explorer (Shame on you). Use the latest versions of Firefox, Safari or Chrome instead.

Mapping the Republic of Letters About the Project Before email, faculty meetings, international colloquia, and professional associations, the world of scholarship relied on its own networks: networks of correspondence that stretched across countries and continents; the social networks created by scientific academies; and the physical networks brought about by travel. These networks were the lifelines of learning, from the age of Erasmus to the age of Franklin. They facilitated the dissemination&emdash;and the criticism&emdash;of ideas, the spread of political news, as well as the circulation of people and objects. But what did these networks actually look like?

The Web 2.0 Summit Map - The Data Frame We live in a world clothed in data, and as we interact with it, we create more. Welcome to the 2011 edition of the Web 2.0 Map. This map showcases the incumbents and upstarts in our network economy, gathered around various territories that represent the Web 2.0's Points of Control. We've removed last year's acquisition mode to make room for a newly minted data layer. Pan and Zoom to explore the map, and click the icons to get some insight about each player and their position.

Designers checklist advices — Project by Adrien Heury 10/10Be proud of your work Anton RepponenCreative director • Fantasy interactive • NYC I know so many designers who aren't happy with their work at the end of a project. “It might have been so much cooler,” they say. "If only I'd known that this would be the final result”. The bacteria that turns water into ice Meet Pseudomonas syringae, a bacterium that causes disease in plants and helps make snow machines work. It all has to do with ice nucleation — the process that forms ice crystals in the atmosphere and, thus, snow. You probably know that raindrops and snowflakes form around something.

SPRING SPREE - Spending patterns in Spain during Easter 2011 The Senseable City Lab together with leading Spanish bank BBVA has embarked on an examination of expenditure patterns and urban analysis at large, using an unprecedented dataset of financial transactions. The first in a series of studies, Spring Spree illustrates the purchasing patterns across Spain during Easter 2011. Using data gathered by the BBVA banking network, this visualization shows how 1.4 million individuals and 374,220 businesses performed over 4 million transactions for a total of €232 million in the week of Easter 2011. Examining spatio-temporal transactions categorized by the type of sale (e.g. food, fashion, restaurants), it is possible to see distinctive patterns emerging such as the spikes in the purchase of food in the days proceeding the Easter holiday.

Four new element names are on the table Time to throw out that old copy of the periodic table: New names have just been penciled in for four elements officially recognized back in December. Nihonium, moscovium, tennessine, and oganesson will grace the blocks assigned to atomic numbers 113, 115, 117, and 118, said the International Union of Pure and Applied Chemistry (IUPAC) today. Barring any serious challenges during a 5-month public comment period that ends in November, the new names will be officially added to the table (above). Nihonium, discovered by a Japanese team, means “the land of the rising sun,” while moscovium and tennessine are named after places near the labs where they were discovered (Moscow and Tennessee, of course). And oganesson recognizes the work of Russian chemist Yuri Oganessian. By tradition, the right to suggest a name for an element is granted to its discoverer, although IUPAC has the final say.