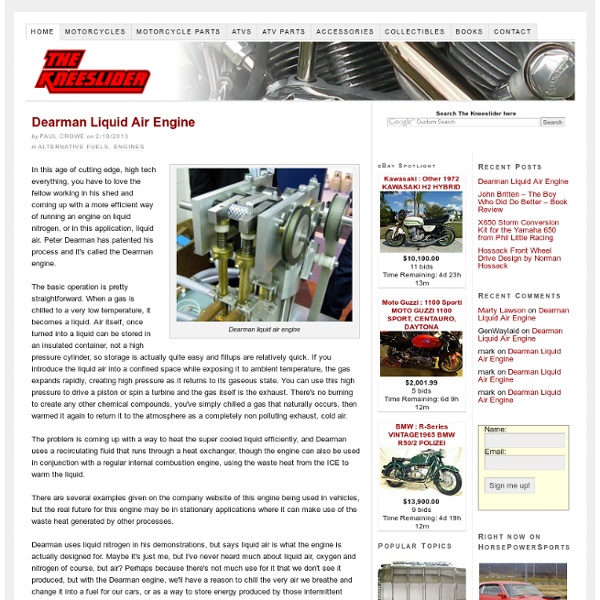 Miob's bikes Kickboxer Diesel and All Wheel Drive Kickboxer diesel motorcycle concept by Ian McElroy Remember Ian McElroy's Kickboxer? That was a really wild concept powered by the Subaru WRX engine. He says making the engine fit was relatively easy, but he also decided to differentiate the diesel bike from the original with new bodywork, swingarms, and a different turbo layout. Kickboxer AWD diesel concept by Ian McElroy The standard bike features lightweight composite bodywork, under seat radiator, front mounted intercooler, LED lighting, and under engine turbocharger. Kickboxer AWD diesel motorcycle concept by Ian McElroy Ian is a stickler for detail, on his first Kickboxer design, Ian said, "I designed the model to be accurate and realistic enough to build a real bike from. Wouldn't it be interesting to see someone with the funds, pick this up and build it? Here's an additional closeup image of the steering: Kickboxer steering closeup

Q code The Q code is a standardized collection of three-letter message encodings, also known as a brevity code, all of which start with the letter "Q", initially developed for commercial radiotelegraph communication, and later adopted by other radio services, especially amateur radio. Although Q codes were created when radio used Morse code exclusively, they continued to be employed after the introduction of voice transmissions. To avoid confusion, transmitter call signs are restricted; while an embedded three-letter Q sequence may occur (for instance when requested by an amateur radio station dedicated to low-power operation), no country is ever issued an ITU prefix starting with "Q". The codes in the range QAA–QNZ are reserved for aeronautical use; QOA–QQZ for maritime use and QRA–QUZ for all services. Early developments[edit] The following table reviews a sample of the all-services Q codes adopted by the 1912 Convention: Later usage[edit] Breakdown by service[edit] Amateur radio[edit]

The Return of the Cafe Racers motorcyclenewsdotcom's Channel MCN is the world's number one motorcycle publication Welcome to motorcyclenews.com, the online arm of the weekly publication Motor Cycle News. With nearly half a billion papers sold and more than 1.5 billion readers entertained and informed over its 50-year history, MCN can lay claim to being the world's leading source of biking news. Motorcyclenews.com aims to reinforce that claim with the same dedication and expertise which has made MCN's voice the one the industry listens to -- that's because we speak on behalf of you. Penned from a one-room office on London's Fleet Street, the first issue of MCN led with the exclusive story of multiple GP world champion Geoff Duke's ban from the sport for supporting a riders' strike, while inside editor and founder Cyril Quantrill's first ever leader column impugned the sport's highest councils for their cavalier treatment of privateer riders. A legend had been born.

Z code Z Code (like Q Code and X Code) is a set of codes used in CW, TTY and RTTY radio communication. Actually, there are different sets of Z-codes: one originally developed by Cable & Wireless Ltd., for commercial communications in the early days of wire and radio communications, another one independently developed by NATO forces later for military needs and use. The NATO Z Code is still in use today, and is published in the unclassified document ACP-131. A lot of the old C&W codes are derived from mnemonics (ZAL = (a)lter wave(l)ength, ZAP = (a)ck (p)lease, ZSF = (s)end (f)aster, etc. See also[edit] External links[edit] Ottonero Cafe Racer

TPS Adjustment Step-by-Step Pictorial Guide - SV650.org - SV650 & Gladius 650 Forum ThrottlePositionSensor (TPS) Adjustment Step-By–Step Guide **Before undertaking this modification, I strongly recommend that you read the instructions through from start to finish & have them to hand during the process** You will need: A length of fairly thin wire (multi-core like the stuff you get on the end of cheap jap speakers is what I found worked best) A Size 25 Security Torx bit (available here, product number 285-9488) 1: You will need to make your ‘dealer mode tool’… Simply take a piece of wire about 3 inches long and strip back about 8mm of the insulating sheath (twist the cores together on multi-core cable). 2: Undo the side panels under the saddle… And remove the saddle… 3: Undo the tank retaining bolts… Lift the tank & prop up with the tank prop (surprisingly!!) 4: Run the engine until at it’s normal operating temperature (most are around 85-90 degrees – I plump for 86!!) 5: Check & adjust your idle speed… It should be about 1200rpm. 7: Undo & remove the pillion seat.

Thingternet My Nest article got me thinking about smart metering. In my head, smart metering is all about energy efficient homes constantly connected to utility companies, controlling all my appliances to minimise my energy use. The reality is a bit different A few hundred thousand UK homes have had smart meters installed so far. Benefits to us are that smart meters should eliminate the massive variations that seem to exist in bills based on estimated usage. In theory, making energy meters into addressable, networked devices should be the start of a huge market. I think they’re making a mistake. Filed under Energy One of the hottest new items in the Thingternet is the Nest, a $249 home thermostat designed by Tony Fadell, co-creator of the first iPod. Nest is a very clever piece of kit. But it isn’t all this cleverness that will make Nest the first breakthrough Thingternet device for managing energy consumption, its the care and thought that has gone into every element of the Nest’s design.

Pipeburn - Purveyors of Classic Motorcycles, Cafe Racers & Custom motorbikes What do the FI Codes in dealer mode mean First you need to get the code. To get the code, there is a white plug under the hump with a black rubber cap and two wires. This is where the dealer hooks the Mode Select Switch. Remove the rubber cap and short the two wires with a paper clip. Don't let the clip short against the frame. Rascal Micro: small computers for art and science