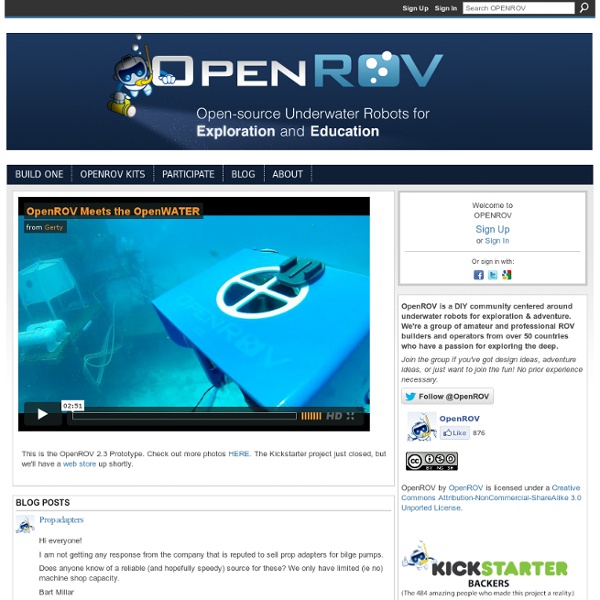 the Tricorder project MundoHobby Open Energy Monitor Learn More About MakerPlane | MakerPlane.org What is the issue? What are we trying to solve? In a KITPLANES magazine survey in 1998, the following statistics were gathered from their subscribers: Average completion rate of aircraft from kits: 66%Average kit price: $20,580 (minus engine and avionics)Average completion rate of plans: estimated less than 10%Average plans price: $150Planning to build or building: 58%. Although the figures are dated, the numbers are probably still in the ballpark today. The general specifications for the first MakerPlane aircraft (v1.0) can be found on the MP 1.0 project page located in The Hangar Workshop. MakerPlane Aim “The mission of MakerPlane is to create innovative and game-changing aircraft, avionics and related systems and the transformational manufacturing processes to build them. Objectives The objectives of the Open Source Aircraft project are: New Business Opportunities New businesses can prosper with a world-wide open source aircraft effort many areas including;

Ideation Systems | Bringing ideas to life BeagleBoard.org - community supported open hardware computers for making David A. Mellis: DIY Cellphone An exploration into the possibilities for individual construction and customization of the most ubiquitous of electronic devices, the cellphone. I investigate the implications of digital fabrication and open-source hardware for DIY practice. Research questions include: To what extent is it feasible for people to make the technology they use in their daily lives? Publication David A. Autobiographical Exploration The DIY cellphone has been my primary mobile device for over two years. Workshops I've taught multiple workshops in which participants have made their own versions of the DIY cellphone. Online Dissemination The DIY cellphone is open-source (software, hardware) and plans for making it are available online. Press Make Magazine: "Open-Source Cellphone" (Vol. 38, March 2014)

Animatronicshop.com | Learning can be fun Flyport | openPicus | Internet on Things Why FlyportPRO SoM? A system-on-module is the best solution for those customers looking for flexibility and for development time and risk reduction. FlyportPRO is already installed in tens of thousands of professional devices around the world and you can rely on our professional support during development. How to create your next IoT/M2M product? Easy, just designing a simple carrier board for it you get three different products. The carrier board is normally very easy to design since you don’t need an host processor there: FlyportPRO acts as core processor and connectivity, all in one. Embedded development made easy We provide you a powerful IDE, for free. Connectivity features Web server, HTTP server (only on Wi-Fi/GPRS versions) HTTP Client FTP Client SMTP, SNTP FOTA firmware upgrade over the air (only on Wi-Fi/GPRS versions) SSL/TLS security FlyportPRO pinout 60 pins are available for your application.

ShopBot Unveils the Handibot at Hardware Innovation Workshop The new Handibot, from ShopBot Tools. A major manufacturer of CNC routers today launched what it hopes will be “a whole new class of digital tool” called the Handibot. The announcement was made at the Hardware Innovation Workshop, underway in San Mateo, Calif. ShopBot CEO Ted Hall introduces the Handibot at Wednesday’s Hardware Innovation Workshop. ShopBot Tools, based in Durham, N.C., has been demonstrating the compact machine at HIW. The ShopBot team shows off the CNC guts of the Handibot to an enthusiastic crowd. One of the unsung heroes of the “new industrial revolution,” the CNC (computer numerical control) router combines agile cutting power with computer-controlled, robotic smarts. ShopBot’s Handibot will be initially priced at $2,500, but the company is hoping that the price will float down over the next few years. ShopBot founder, CEO, and president Ted Hall said that the new device is “more than a product, it’s an innovation platform.” How would you use the Handibot?