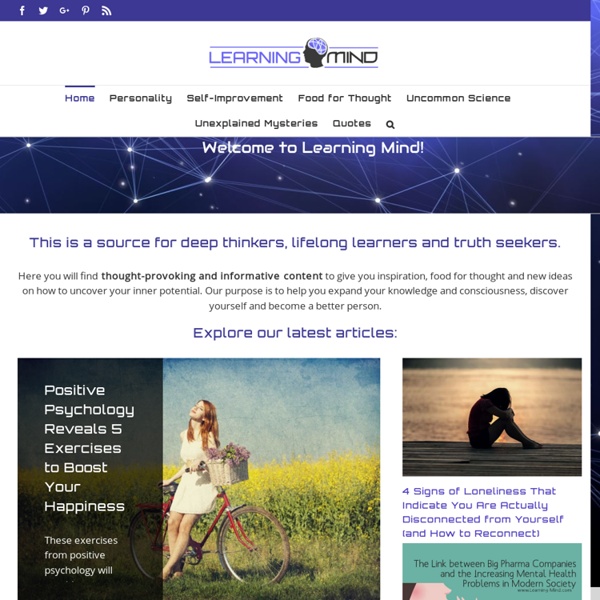 Unschooling Philosophy[edit] Children are natural learners[edit] A fundamental premise of unschooling is that curiosity is innate and that children want to learn. From this an argument can be made that institutionalizing children in a so-called "one size fits all" or "factory model" school is an inefficient use of the children's time, because it requires each child to learn a specific subject matter in a particular manner, at a particular pace, and at a specific time regardless of that individual's present or future needs, interests, goals, or any pre-existing knowledge he or she might have about the topic. Many unschoolers believe that opportunities for valuable hands-on, community-based, spontaneous, and real-world experiences are missed when educational opportunities are limited to, or dominated by, those inside a school building. Learning Styles[edit] People vary in their "learning styles", that is, how they acquire new information. Developmental differences[edit] Essential body of knowledge[edit]

Canadian Unschooler Unschooling "Read a little, try a little, wait a while, watch." People learn by playing, thinking and amazing themselves. They learn while they're laughing at something surprising, and they learn while they're wondering "What the heck is this!?" My favorite and oldest discussion group is called AlwaysLearning, where the principles underlying unschooling are the topic. On facebook, my less favorite but busier discussion: Radical Unschooling Info If unschooling can't work in the real world, nothing at all can. Grover and the Everything in the Whole Wide World Museum. I've removed the link I had because used copies on Amazon are listed way too high. The way adults tend to learn things is the way people best learn—by asking questions, looking things up, trying things out, and getting help when it's needed. Regional groups, lists and resources (by language, nation, state, religious or special focus) THIS PAGE IS OLD for a webpage.

Family Unschoolers Network - Unschooling Support The Beginner’s Guide to Unschooling Post written by Leo Babauta. There’s nothing I get asked about more as a parent than unschooling, and nothing I recommend more to other parents. It’s an educational philosophy that provides for more freedom than any other learning method, and prepares kids for an uncertain and rapidly changing future better than anything else I know. My wife and I unschool four of our kids, and have been for several years. And yet, as powerful as I believe unschooling to be, I’ve never written about it, because the truth is, I certainly don’t have all the answers. No one does. The beauty of unschooling is in the search for the answers. But I’m getting ahead of myself: what is unschooling? What is Unschooling? First, it’s a form of homeschooling. However, this is how I describe it — in contrast to school: Let me emphasize that for a minute: in unschooling, life itself is learning. This is how I learn as a self-employed writer, as an entrepreneur, as a parent. Why Unschool? More reasons to unschool: More Reading

The Worry That Your Unschooler Isn't Learning What He Should Be Learning The crazy thing is that we parents too often obsess about did they learn this or this or this which are all items spread all over the board, and our kids don't tend to learn, really learn, things by spreading out, but by going deep into an interest. And they will learn the basics we're so concerned about by going deep. Your kid into sewing? Wow, she really likes that dress, but the pattern is for a size too big for her. How do need to adjust the pattern? Well, it's a size 6. Your kid like music? A fundamental flaw in our thinking when we worry about this is that we think learning is something we do to someone. And the fundamental base of skills and knowledge that we learn, we almost never learn at school. Just my two cents...

New to this blog? New to Unschooling? Read this! Hello! So, looks like you just found this blog for the first time. Maybe you were searching specifically for information on unschooling, or maybe you stumbled upon this site by chance. Though I do write the occasional post aimed at an audience unfamiliar with unschooling, life learning, or home learning, for the most I'm writing to an audience who already have at least a basic understanding of unschooling. So, what is unschooling, anyway? I feel like several different explanations, all equally accurate, just from different angles, are in order: Version #1: Unschooling (usually considered a type of homeschooling) is student directed learning, which means the child or teen learns whatever they want, whenever they want. Version #2: Unschooling requires a paradigm shift, one in which you must stop looking at the world as a series of occurrences/resources/experiences etc. that can be learned from, and a series that can’t. What about socialization? What about college? What about structure?

What is Unschooling? What Is Unschooling? This is also known as interest driven, child-led, natural, organic, eclectic, or self-directed learning. Lately, the term "unschooling" has come to be associated with the type of homeschooling that doesn't use a fixed curriculum. When pressed, I define unschooling as allowing children as much freedom to learn in the world, as their parents can comfortably bear. The advantage of this method is that it doesn't require you, the parent, to become someone else, i.e. a professional teacher pouring knowledge into child-vessels on a planned basis. Instead you live and learn together, pursuing questions and interests as they arise and using conventional schooling on an "on demand" basis, if at all. Unschooling, for lack of a better term (until people start to accept living as part and parcel of learning), is the natural way to learn. —Pat Farenga, Teach Your Own: The John Holt Book of Homeschooling Homeschooling Our Children, Unschooling Ourselves (2002) by Alison MacKee.

Unschooling and Homeschooling FAQ — John Holt GWS By John Holt with later additions by Patrick Farenga (This is reprinted from Chapter 3 of Teach Your Own) NOTE: To learn about the laws and regulations about homeschooling in your state, check with your local or state homeschooling groups as they will likely have the most up-to-date information. You can locate general legal information from this list, and find support with this list; both lists are maintained by Anne Zeiss.—PF People, especially educators, who hear me [John Holt, 1981] talk about homeschooling, raise certain objections so often that it is worth answering them here. Since our countries are so large and our people are from so many different kinds of backgrounds (this was said most recently to me by a Canadian) don't we need some kind of social glue to make us stick together, to give us a sense of unity in spite of all our differences, and aren't compulsory public schools the easiest and best places to make this glue? About needing the glue, he's absolutely right. ...

Collection of useful and intresting things by anupampedarla Mar 12