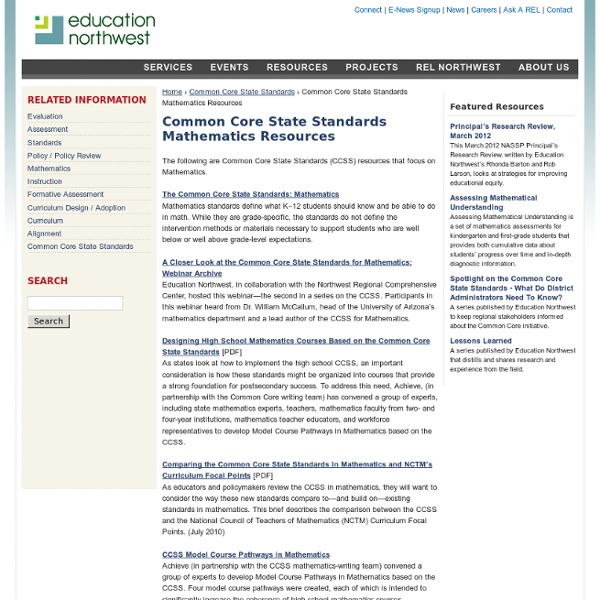 illustrativemathematics Illustrated Standards Count to 100 by ones and by tens. (see illustrations) Count forward beginning from a given number within the known sequence (instead of having to begin at 1). (see illustrations) Write numbers from 0 to 20. Understand the relationship between numbers and quantities; connect counting to cardinality. When counting objects, say the number names in the standard order, pairing each object with one and only one number name and each number name with one and only one object. Understand that the last number name said tells the number of objects counted. Understand that each successive number name refers to a quantity that is one larger. Count to answer “how many?” Identify whether the number of objects in one group is greater than, less than, or equal to the number of objects in another group, e.g., by using matching and counting strategies. Compare two numbers between 1 and 10 presented as written numerals. Fluently add and subtract within 5. Recognize area as additive.

Prototype Summative Tests About these tests The purpose of these is to provide examples of the type of tests students should be able to tackle, if the aspirations of the Common Core State Standards are to be realized. The methodology of the tests and their balance of different task types is discussed in more detail here. Note: please bear in mind that these materials are still in draft and unpolished form. What tests are available? High School Currently, 6 prototype tests are available aimed at College and Career Readiness at High School - typically suitable for grades 9-10. We have provided 3 types of High School test forms: 40 minute forms are the easiest for teachers to use for periodic assessments without disrupting the timetable, but are limited in the amount of curriculum they can assess. 3 hour forms offer a model for more comprehensive end-of-grade or end-of-term assessments. 90 minute forms offer a compromise between time and breadth of content. Middle School The Task Bank Who are they for?

Common Core State Standards Initiative | PTA (select any of the links below) The Common Core State Standards (CCSSI) is a joint effort led by the National Governors Association Center for Best Practices and the Council of Chief State School Officers to develop a common core of K-12 standards in English language arts and Mathematics. Read more about National PTA's position on Education Standards. The goal initiative is to develop internationally-benchmarked standards that ensure all students are held to consistent expectations that will prepare them for college and career. More than 45 states, the District of Columbia, Guam, American Samoan Islands, U.S. CCSSI Toolkit Articles of Interest National PTA Position on Education Standards National PTA volunteers have adopted several position statements and resolutions, beginning in 1981, in support of voluntary, clearer, higher academic standards for all students. Supports nationally agreed upon voluntary standards if they are derived by consensus at the state and local levels.

Tools for the Common Core Standards Please post questions in the forums If you have questions about the standards, please click on the Forums tab above and post them in the appropriate forum. There are forums for each K–8 domain and high school conceptual category, and a general forum for questions that do not fit in any of these. Problem with RSS Feed for Forums Fixed The link to the RSS feed for the forums (on the right of this page) was broken. I’ve fixed it now. K–5 Elaborations of the Practice Standards Illustrative Mathematics, with the assistance of Mary Knuck, Deborah Schifter, and Susan Jo Russell, has been working on developing grade band elaborations of the Standards for Mathematical Practice. As usual, please comment by starting a new thread in the forums. Virtual Lecture Series! Are you interested in engaging with national experts around mathematics education without the travel, hassle, and costs associated with attending a conference? Also the blog is back from a rough time over the new year. Task Talks

Mathematics Leadership Program (MLP) - For teacher leaders, coaches, administrators and others who support elementary, middle and high school mathematics 50 Important Links for Common Core Educators Educators across the nation are working hard this summer to begin developing updated curricula that will fit into the new Common Core State Standards, which will be fully applied in 45 U.S. states (Texas, Alaska, Nebraska, Virginia, and Minnesota have opted out of statewide participation) by 2015. Yet despite the hubbub about the new standards, which were created as a means of better equipping students with the knowledge they need to be competitive in the modern world, many teachers still have a lot of unanswered questions about what Common Core will mean for them, their students, and their schools. Luckily, the Internet abounds with helpful resources that can explain the intricacies of Common Core, offer resources for curriculum development, and even let teachers keep up with the latest news on the subject. We’ve collected just a few of those great resources here, which are essential reads for any K-12 educator in a Common Core-adopting state. Groups and Organizations Useful Resources

Common Core Standard Tag Home Showing Playlists 1-10 of 33 total: Showing Playlists 1-10 of 33 total. New Common Core and Essential Standards Align Teaching and Learning to Career and College Readiness As North Carolina public school students return to school for the 2012-13 year, teachers are preparing new lessons and new teaching strategies to match new teaching and learning standards in every grade and every subject. This is the first time that North Carolina has implemented a completely revised Standard Course of Study in all areas and grades at once. North Carolina teachers and students in kindergarten through 12th grade will follow Common Core state standards in mathematics and language arts. Work on North Carolina's totally revamped Standard Course of Study began in 2008, and thousands of teachers, curriculum experts and subject experts have been involved as the state developed its own Essential Standards and adopted the Common Core. "The Common Core represents an important shift in our approach to looking at what teachers teach and what students learn," said Dr. In English language arts, students and parents will notice three major shifts in what teacher emphasize.

Number Sense - ChildrensPictureBooks.Info Bears Odd, Bears Even by Harriet Ziefert An easy-to-read mathematics book teaches the concept of odd and even through an amusing and colorful tale of bears playing a game of basketball. Even Steven and Odd Todd by Kathryn Cristaldi The arrival of Cousin Odd Todd greatly upsets Even Steven who likes everything to come in even numbers, his pets, his library books, and even his pancakes. How Much Is a Million? Text and pictures try to make possible the conceptualization of a million, a billion, and a trillion. Million Fish...More or Less, A by Patricia C. During an outing on the mysterious Bayou Clapateaux, Hugh Thomas catches a million fish. Monster Math by Grace Maccarone Rhyming text and illustrations follow the activities of a group of twelve monsters that diminishes one by one. A Place for Zero: A Math Adventure by Angeline Sparagna Lopresti (Author), Phyllis Hornung (Author) Zero is lonely in Digitaria. Three Hat Day, A by Laura Geringer Two of Everything by Lily Toy Hong