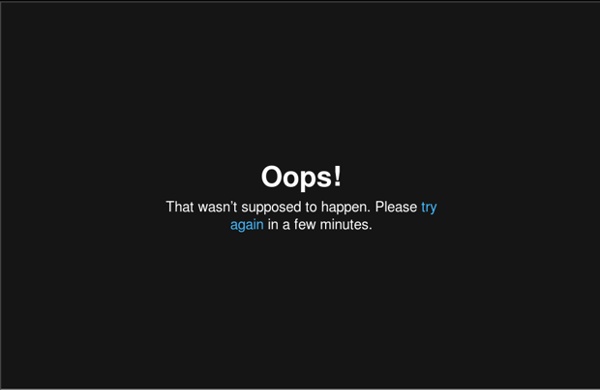 The Simpsons Season 10 Episode 3 – Bart the Mother The Simpsons Season 23 Episode 21 Ned ‘N Edna’s Blend 767 Views0 Likes Ned and Edna elope, and Marge later organizes a proper marriage reception for them, which becomes a problem when the many couples of Springfield bring their many personal crises to the party. Meanwhile, Mrs. Krabappel... The Simpsons Season 23 Episode 20 The Spy Who Learned Me Free Audio Book - The Art of War by Sun Tzu By: Sun Tzu (c. 554 BC - c. 496 BC) The Art of War is a Chinese military treatise written during the 6th century BC by Sun Tzu. Composed of 13 chapters, each of which is devoted to one aspect of warfare, it has long been praised as the definitive work on military strategies and tactics of its time.

What I made Mummy: “Hey! Watch where you put those!” Frankenstein: “Hey, that’s my best jacket!” Screen Actors Guild Awards: Watch the stage being set for Sunday The statuette is called the Actor for a reason; the Screen Actors Guild Awards are all about the performance. But that doesn’t mean the setting will be bare bones. The 18th annual awards ceremony takes place Sunday at the Shrine Auditorium and Expo Hall near downtown Los Angeles. Video: Talking Heads November 1980 Concert Recorded Live On 11/4/1980 At Capitol Theatre In Passaic, NJ January 2016 Video: Talking Heads November 1980 ConcertRecorded Live On 11/4/1980 At Capitol Theatre In Passaic, NJ There is no doubt if you loves music in the 1980's you have enjoyed listening to, and perhaps even danced to, Talking Heads music.

The Boy Who Played With Fusion "Propulsion," the nine-year-old says as he leads his dad through the gates of the U.S. Space and Rocket Center in Huntsville, Alabama. "I just want to see the propulsion stuff." A young woman guides their group toward a full-scale replica of the massive Saturn V rocket that brought America to the moon. Big Doodle Big sharpie doodle! Big Doodle - sharpie on mat board - 40" x 32" Artwork © Lawrence Yang 2009 my blog | my site | purchase inquiries Aomawa Shields: Life in Unlikely Places The stars, they do align — but usually in a way that you could never have fathomed. Eighteen years ago, Aomawa Shields had an undergrad degree in planetary sciences from MIT and had put in a year on a doctorate in astrophysics, but she dropped out to pursue another passion: acting. She was looking for her big break in L.A. and answering phones at Caltech to support herself when, on a whim, she auditioned for a public-television science show. Surprise!

Google glasses could inform your daily life by end of 2012 From a technical standpoint, a pair of commercially available, augmented reality glasses by Google are very possible by the end of the year. The display might look pretty good, too. So says Blair MacIntyre, a computer scientist at the Georgia Institute of Technology who founded the school's Augmented Environments Lab in 1999. Since December, the New York Times' Bits blog and the blog 9to5Google have gathered reports from unnamed sources that Google is working on a pair of glasses that would present wearers with information about real objects they see in the world around them. Google's partnership with Zagat, for example, might allow the glasses to show reviews for restaurants where wearers direct their gaze.

Audrey Hepburn’s Moon River An American geisha sings alone on a New York City fire escape in 1961. The actress playing the guitar gave birth just months prior and has a vocal range narrower than the space she sings in (and one that will yield to voice-overs in future roles). The scene itself – a rather unvarnished interlude dropped into one of Hollywood’s most sparkling tales – was almost left on the cutting-room floor. How could it be anything less than magic? Blake Edwards’ film version of Breakfast at Tiffany’s cemented New York as the American Paris and Audrey Hepburn as a fashion icon. “Moon River” won composer Henry Mancini Record of the Year and Mancini and lyricist Johnny Mercer Song of the Year at the 1962 Grammy Awards.

Hogan’s holometer: Testing the hypothesis of a holographic universe MIT physicist Sam Waldman in the laser lab where the holometer is being constructed In 2008, Fermilab particle astrophysicist Craig Hogan made waves with a mind-boggling proposition: The 3D universe in which we appear to live is no more than a hologram. Now he is building the most precise clock of all time to directly measure whether our reality is an illusion. The idea that spacetime may not be entirely smooth – like a digital image that becomes increasingly pixelated as you zoom in – had been previously proposed by Stephen Hawking and others. Possible evidence for this model appeared last year in the unaccountable “noise” plaguing the GEO600 experiment in Germany, which searches for gravitational waves from black holes.

SUBNORMALITY! All content copyright Winston Rowntree, 2015. Museum previously seen here and then here. Reverb Soundcheck: Bill Frisell When it comes to guitarist Bill Frisell, the word that comes up time and again is “amazing.” His fans use it often, most recently with the boundary-breaking jazz guitarist’s latest album, When You Wish Upon A Star, which was released in late January. This collection of TV and movie music has inspired glowing reviews. List of fallacies A fallacy is incorrect argument in logic and rhetoric resulting in a lack of validity, or more generally, a lack of soundness. Fallacies are either formal fallacies or informal fallacies. Formal fallacies[edit]

This is quite beautiful. I love when people think this way. by astarless_sky May 2