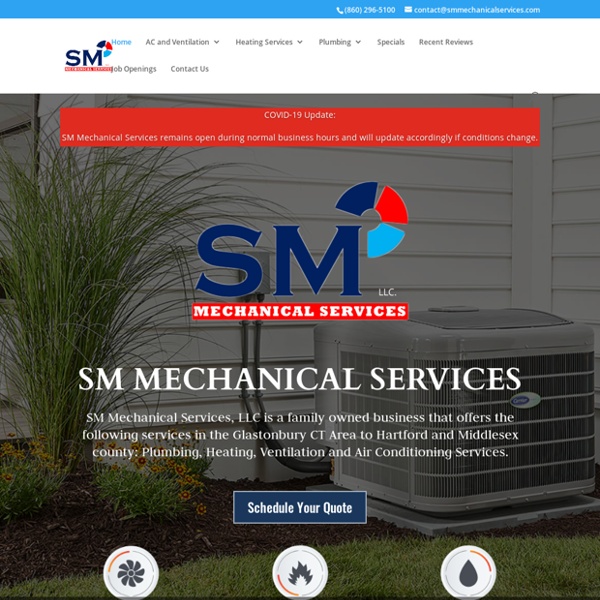 eu.usatoday Laid off service industry workers in New Orleans are launching new careers in disaster relief and community health. (Oct. 6) AP Domestic In late February, when Allen Kantorowitz was furloughed from his job as sales and marketing director for a hotel group in Manhattan because of the COVID-19 pandemic, he figured he’d be sidelined two or three months. After all, Kantorowitz, 59, has decades of experience in hospitality and tourism, including high-level positions at hotels and convention bureaus in New York City and its suburbs. Even if the lodging industry were decimated, Kantorowitz surely would find a sales managing job in another sector. SM Mechanical Services LLC What's new? Hello! I'm happy to introduce to you some of the newest features I've been working on! Brand new everything First of all the entire website has been rebuilt from scratch.

They have not earned your vote': Trump allies urge Georgia Republicans to sit out Senate runoffs A Georgia election official called on President Trump to condemn and "stop inspiring" recent threats of violence over the election. USA TODAY Allies of President Donald Trump's efforts to overturn the election urged Republicans in Georgia on Wednesday to stay at home for the Jan. 5 Senate runoff elections, arguing Trump supporters shouldn't take part in another "rigged election."

For Trump supporters primed to disbelieve defeat, challenging the election was a civic duty Alexandra Seely, a 27-year-old dental hygienist, had never been in court except to deal with a traffic ticket. Yet days after the presidential election, her name was near the top of a lawsuit alleging widespread vote fraud in Michigan — a lawsuit designed to alter the result of a presidential election. In a handwritten affidavit, and during a subsequent interview with USA TODAY, Seely described what she saw the day after the election as she monitored vote counting in Detroit as a Republican challenger. Seely said she’s convinced not just that there was vote fraud in Wayne County, but that an entire election was stolen — despite conclusions to the contrary by judges across the country, intelligence officials, Trump's attorney general, independent observers and election supervisors in states red and blue. Barr contradicts Trump: Attorney General Barr says DOJ has found no evidence of fraud to alter election outcome Kimberly P.

Can Trump pardon himself? What's a preemptive pardon? Experts explain the sweeping power Michael Flynn pleaded guilty three years ago to lying about his conversations with Russian ambassador Sergey Kislyak. USA TODAY WASHINGTON – President Donald Trump's unrestrained use of his pardon powers, which he has used to help allies, has raised a question debated among legal experts: Can a president pardon himself? UK authorizes emergency use of Pfizer and BioNTech COVID-19 vaccine The Advisory Committee on Immunization Practices voted healthcare workers and residents of long-term care facilities should receive the vaccine first. USA TODAY LONDON – The United Kingdom became the first western country to approve widespread use of a COVID-19 vaccine developed by drug companies Pfizer and BioNTech, the British government said Wednesday. The Medicines and Healthcare products Regulatory Agency said the first shots will be given next week.

The 5 best Amazon deals you can get this Tuesday — Recommendations are independently chosen by Reviewed’s editors. Purchases you make through our links may earn us a commission. Black Friday and Cyber Monday may have come and gone, but that doesn’t mean the deals have disappeared! Much-loved e-retailers like Amazon are still offering incredible festive price drops, just in time to begin your holiday shopping (we see you, procrastinators).

Second dose of COVID vaccine from Pfizer or Moderna is needed, but timing doesn't have to be exact, says government vaccine developer We asked you to tell us your biggest questions about the COVID-19 vaccines. Here are some answers. USA TODAY People who get one of the new COVID-19 vaccines will be expected to get their second shot 21 or 28 days after the first one, depending on the manufacturer. But what happens if someone misses that deadline by a day, a week or even longer?