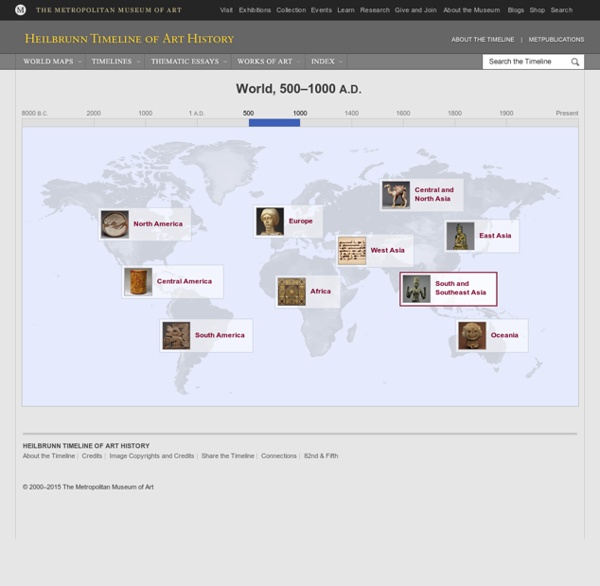 Hushing Up Conspiracy Theories - Jeff Riggenbach If you spend much time on the Internet, you probably already know who Cass Sunstein is: he's a former professor of law and political science at the University of Chicago, where, during the 1990s, he met and became close friends with a fellow member of the law-school faculty named Barack Obama. Currently, Sunstein is a law professor at Harvard, but he's taking a leave of absence from that position so he can "serve" as Administrator of the White House Office of Information and Regulatory Affairs in the Obama administration. The White House Office of Information and Regulatory Affairs, according to Wikipedia, "develops and oversees the implementation of government-wide policies in the areas of information technology, information policy, privacy, and statistical policy." They give a few examples: the view that the Central Intelligence Agency was responsible for the assassination of President John F. According to Sunstein and Vermeule, some conspiracy theories are harmless.

The Met Around the World The Met Around the World presents the Met’s work via the global scope of its collection and as it extends across the nation and the world through a variety of domestic and international initiatives and programs, including exhibitions, excavations, fellowships, professional exchanges, conservation projects, and traveling works of art. The Met Around the World is designed and maintained by the Office of the Director. Funny Free Things to Do - Free Tips on Saving Money at WomansDay As much as I love the word, I have to admit it makes me suspicious. Just this week I won a “free” vacation, but the fine print says I need to send in a cashier's check to claim my prize. Sadly, “free” is usually a sneaky way to clean out my wallet. But every now and then an exception comes along that's truly free-no strings attached, no hidden agendas. Business cardsVistaPrint is an online printing company known for its amazing offer of 250 free business cards. Why's it free? Expert computer helpIf you've ever had a computer problem and wanted to pull out your hair in frustration, this is for you. Why's it free? Spanish lessonsWant to learn the basics of practical spoken Spanish? Why's it free? Business classesLearn everything from how to write a business plan to how to finance your venture through the Small Business Administration's website (sba.gov). Why's it free? Credit reportIf you haven't done this already, do it now. Why's it free? Why's it free? Why's it free? Why's it free?

Met | Connections by theme I'm Thomas Campbell. In my first few months as director of the Metropolitan Museum, some colleagues and I developed the idea of a series that would get people thinking about the Met's collection in a new way. The result is Connections, an exploration of the Met's holdings by staff from around the Museum. These journeys through the collection are not driven so much by art history as by broad, often personal themes. Some are playful; some are deeply complex. Here, as works of art are tied together—across time, cultures, and disciplines—we hear our staff's individual responses to these objects, and by extension, introduce new ways to travel through and understand the Met's incredible riches. I hope people find these stories as intriguing as I do, and that they follow them as they appear throughout the year. — Thomas P.

Films Top 10 Films About Nonconformists "This is a world where everybody's gotta do something. Ya know, somebody laid down this rule that everybody's gotta do something, they gotta be something. You know, a dentist, a glider pilot, a narc, a janitor, a preacher, all that . . . Sometimes I just get tired of thinking of all the things that I don't wanna do. "If we admit that human life can be ruled by reason, then all possibility of life is destroyed." "Words offer the means to meaning, and for those who will listen, the enunciation of truth. "They're not that different from you, are they? "My life, I mean . . . "Man, I see in fight club the strongest and smartest men who've ever lived. "I mean, it's real hard to be free when you are bought and sold in the marketplace. "Vice, Virtue. "Anybody here? "And now they're telling me I'm crazy over here because I don't sit there like a goddamn vegetable. Forgotten Movie Classics © 2015 Shelf-Life Productions LLC

Kupfer A gastronomic evening of insect appreciation, insect canapés, talks and discussion. As the human population multiplies, could entomophagy be an alternative to our imminent food crises? Online ad for Samsung Galaxy Note II featuring us. Liquidscapes was an exhibition by Bijari at the Brazilian Embassy during London Olympic Games. FWA awarded flash website installation to promote the John Lewis lighting range. Genevan Hermès flagship store launch was an epic event with a six metre high-gloss lacquered interactive table. Every year, HSBC carry out a global survey of people’s concerns and opinions around climate change. MTV partnered with KSwiss to launch a campaign that asked people to customize their own shoe. Adidas Impossible is Nothing was a Gold Clio awarded website developed by De-construct for Adidas IIN.

Now Hear This!: The Mary Onettes - 'Hit the Waves' (Album Premiere) Sure, the Mary Onettes fit nicely into the tradition of sleek, well-crafted Swedish indie-pop, but it’s never a case of style over substance with the veteran band, which manages to strike the right balance between earnest feeling and a polished sound. Hailing the Mary Onettes’ 2009 effort Islands as one of the best indie-pop albums of that year, PopMatters Associate Music Editor Dave Heaton wrote, “I am getting older by the second, and this is the perfect soundtrack for every new wrinkle and gray hair.” That same emotional depth and complexity are on full display with the Mary Onettes’ new album Hit the Waves, which will be released on 12 March 2013 via Labrador. PopMatters caught up with thoughtful frontman Philip Ekström to discuss Hit the Waves, writing songs in two languages, and how to deal with losing the hard disk—and the back-up—that stored all your songs. Photo by Tom Tom Philip Ekström : We are control freaks and have always been very careful with who we are working with.

Weight Loss Discovery Making National Headlines Last Updated: 4/06/2014 20:52 PST Did you know you can lose weight without traditional dieting? That’s what one new weight loss product wants you to believe. It’s called the SENSA® Weight Loss System, and it’s one of the most talked-about weight loss products on the market today – featured in The New York Times, Time Magazine, and Dateline NBC. SENSA® boldly claims to help users lose weight. We were skeptical to say the least. The SENSA® Weight Loss System goes against everything we’ve been taught about losing weight, so we dug a little deeper to find out the truth about SENSA®. Our intrigue and skepticism soon turned to excitement as we uncovered what could be the future weapon in the war on obesity. Is SENSA® the Celebrity Weight Loss Secret? Star of Bravo’s The Millionaire Matchmaker, Patti Stanger recently told Access Hollywood she lost 30 pounds in 8 months* using SENSA®, and says it fits perfectly into her busy schedule. "A slimmer you may be a whiff away." -- New York Times

Beautiful/Decay Artist & Design | Daily Art And Design Blog Nature: New set of cute animals Another amazing set of cute animals the nature has to offer. 1. Baby hedgehogs 2. Baby pig 3. 4. 5. 6. 7. 8. 9. 10. 11. 12. 13. 14. 15. 16. 17. 18. 19. 20. 21. 22. Design and the Elastic Mind, MoMA 'Revolutions,' Paola Antonelli writes in her introduction to 'Design and the Elastic Mind', her just-opened exhibition at New York's Museum of Modern Art, 'are not easy on us.' It's a hell of a way to start a design show. That might be because it's a hell of a show. Click here to see works from the exhibition 'Design and the Elastic Mind', on view through May 12 in the museum's sixth-floor galleries, takes on ideas of the future, and how design works - and will work - with it. Antonelli, working with her right-hand curatorial assistant Patricia Juncosa Vecchierini, has divided the show into three parts - Nano Scale, Human Scale, Large Scale – and then again into smaller subsections - like Personal Environments, Design for Debate, Design for One and Many. The divisions are useful, but the show is best experienced over many trips, and with a completely open mind. Antonelli's vision of the future looks good; we're sticking around for it.