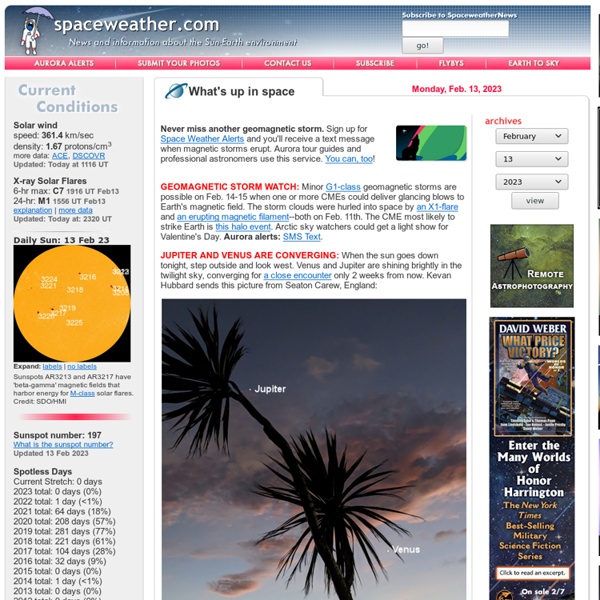 LROC Image Browser :: Homepage > Images :: LROC Browse Gallery « Previous 1 2 3 4 5 6 7 8 9 … 70 71 Next » Calgary Centre - Iridium Flares Iridium Flares "Iridium Flare" is the name given to the phenomena of sunlight reflecting off a particular type of satellite in Earth orbit called an Iridium communication satellite. These "flares" are very common, but sometimes startlingly bright if you are not aware that one is scheduled to be visible from your location.

Now Is The Time Of Awakening by Jason CooperGalactic Messages Never before in recorded human history has the human race lived through such a changing, dynamic and challenging century as we have just lived through in the 20th century. The time between the year 1900 to the year 2000 have brought about an incredible change in the way the human race throughout the entire world experiences life and we will never be the same. Within the space of just 100 years we have gone from an experience of life that included the horse and buggy, to the experience of living in a society that operates with advanced technology. Knowledge and information has never before been so readily available. Recent Scenes from Antarctica - Alan Taylor - In Focus Winter is coming back to Antarctica and, after a busy season for both scientists and tourists, most researchers stationed there have traveled north for the season. Among them were a Russian team that recently came within 30 meters of drilling into Lake Vostok -- a subglacial lake some 4,000 meters below the surface of the ice -- and the crew of the IceCube Neutrino Observatory, who have been burying a massive array of detectors deep in the ice. (They placed their final detector in December.) Gathered here are recent images of Antarctica, its environment, and some of the scientific work taking place there. [47 photos]

thesuntoday www.thesuntoday.org/venustransit - On June 5, 2012, from 5:45pm EST to 12:30am, The Sun Today will join the Sun-Earth Day team ( and NASA Edge ( in a live broadcast from this amazing spot. Tune in by visiting The next Transit of Venus happens on June 5 -- 6, 2012. It is the rarest predictable astronomical event, occurs 4 times every 234 years! We have seen Venus move between the Earth and Sun before like when it could be seen in the SOHO/LASCO coronagraphs.

100 UFOs On India-China Border Cause Official Concern Over the past few months -- between Aug. 1 and Oct. 15 -- more than 100 UFOs have been seen along the India-China border, and the sightings have officials puzzled. The Times of India reported this week that "yellowish spheres appear to lift off from the horizon on the Chinese side and slowly traverse the sky for three to five hours before disappearing." The Times of India added that the UFO sightings have stumped numerous Indian military groups, including their air force, NTRO technical intelligence agency and the Indo-Tibetan Border Police (as seen below). Army officials in charge of the 2,100-mile border between the giant Asian countries have reportedly ruled out Chinese drones or low-orbit satellites, according to the Los Angeles Times.

Influx Of Cylinder-Shaped UFOs - Why? In this phase of UFO presence in Earth skies, why is there an influx of usually large cylinder-shaped objects? They are being reported all over the globe which makes one doubt that they are some form of U.S. military, NATO, Russian, or Chinese drones. Besides, have humans of any nationality really managed to create drones with no discernible ability to fly? There are no wings for lift and how in the heck do you get a cumbersome-looking tube to fly?

2005 March 28 - A Tether in Space Discover the cosmos! Each day a different image or photograph of our fascinating universe is featured, along with a brief explanation written by a professional astronomer. 2005 March 28 A Tether in Space Credit: TSS-1, STS-46 Crew, NASA Space Weather Research Explorer: Space Weather and You Coronal holes are easy to spot in pictures taken of the sun using extreme ultraviolet light (EUV). In these pictures, coronal holes show up as dark spots, because the trapped hot gas that would normally emit EUV light has been blasted into space by the particles exiting through the coronal hole. (By the way, the bright spots are active regions, likely sites for solar flares.)

Hercolubus Nibiru Planet X Update! 10-18-12: Alfred Lambremont Webre Hercolubus-Nibiru-Planet X-Tyche-Nemesis-Wormwood Update with Donny Gilson By Alfred Lambremont Webre VANCOUVER, B.C. – In an exclusive October 18, 2012, wide-ranging ExopoliticsTV interview with Alfred Lambremont Webre from an undisclosed location in the Los Angeles, CA area, researcher and broadcaster Donny Gilson surveyed the current status of all things relating to the celestial body phenomenon – a brown dwarf star twin to our Sun – known historically by many archetypal names, including Hercolubus/Nibiru/Planet X/Wormwood/Nemesis/The Destroyer and others too numerous to mention here. Astronomers estimate that over half of all star systems in our Galaxy have multiple stars, that binary star systems are the norm, and that single star systems are a special case. Why Planet X/Nemesis matters: Worst-case scenario: 174 DUMBS (Deep underground military bases)