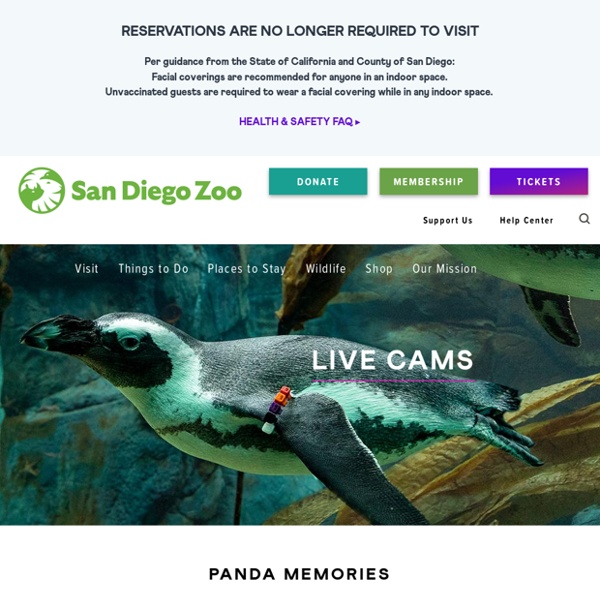 Great Wall of China Travel Guide & Tours As China's most famous attraction, the Great Wall of China is an essential stop on all China tours. Commonly considered a wonder of the world, the Great Wall boasts a history of over 2,000 years and stretches more than 3,000 miles across several provinces of northern China, making it one of the most impressive ancient structures on the planet. Virtual Tour of the Great Wall of China The full version of this virtual tour consists of 11 scenes with much higher resolution. Please pay below to enjoy the full tour. Once payment is done, you will be automatically redirected to the full virtual tour (If you encounter any problem, please email us at: book@thechinaguide.com)

Virtual Field Trip to Ellis Island World War II and the Postwar Period The United States entered World War II in 1942. During the war, immigration decreased. Tour of the Moon 4K - Moon: NASA Science Image Credit: NASA's Scientific Visualization Studio Published: April 9, 2018 In the fall of 2011, the Lunar Reconnaissance Orbiter (LRO) mission released its original Tour of the Moon, a five-minute animation that takes the viewer on a virtual tour of our nearest neighbor in space. Six years later, the tour has been recreated in eye-popping 4K resolution, using the same camera path and drawing from the vastly expanded data trove collected by LRO in the intervening years. The tour visits a number of interesting sites chosen to illustrate a variety of lunar terrain features. Some are on the near side and are familiar to both professional and amateur observers on Earth, while others can only be seen clearly from space.

Liberty Bell – HistoryView Virtual Tours The Liberty Bell is an iconic symbol of American independence, located in Philadelphia, Pennsylvania. Formerly placed in the steeple of the Pennsylvania State House (now renamed Independence Hall), the bell today is located in the Liberty Bell Center in Independence National Historical Park. The bell was commissioned in 1752 by the Pennsylvania Provincial Assembly from the London firm of Lester and Pack (known subsequently as the Whitechapel Bell Foundry), and was cast with the lettering “Proclaim LIBERTY Throughout all the Land unto all the Inhabitants Thereof,” a Biblical reference from the Book of Leviticus (25:10). The bell first cracked when rung after its arrival in Philadelphia, and was twice recast by local workmen John Pass and John Stow, whose last names appear on the bell. In its early years, the bell was used to summon lawmakers to legislative sessions and to alert citizens about public meetings and proclamations.

Predict Old Faithful - Teachers Grade Level: Upper Elementary: Third Grade through Fifth Grade Subject: The Maritime Aquarium Virtual Programs Skip to main content Enable accessibility forvisually impaired Open the accessibilitymenu Hide Unhide Virtual Programs & Clubs Monterey Bay Aquarium Skip to Main Content Watch our sea nettles as their long tentacles and lacey mouth-arms move smoothly through the water. But don't let these unassuming invertebrates fool you — their graceful trailing parts are covered in stinging cells used for hunting as they drift through open waters. When their tentacles touch tiny prey, the stinging cells paralyze it and stick tight. The prey is moved to the mouth-arms and then to the mouth, where it's digested.