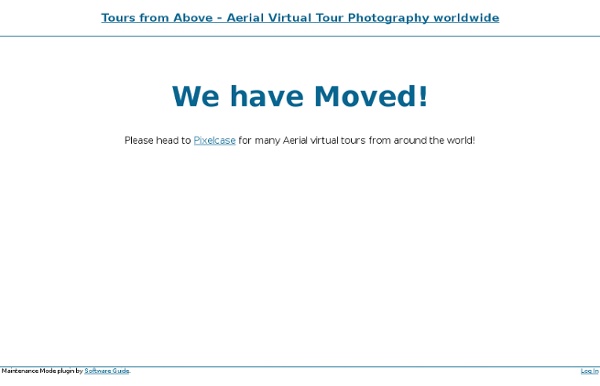 Vistas panoramicas sitios 360° Geographical Association - home Swimming pool | Maths and Sport: Countdown to the Games This activity uses the familiar environment of a swimming pool to introduce negative numbers, and is designed to be accessible to primary pupils at Key Stages 1 and 2. Have you been to a swimming pool lately? When you start learning about swimming it may be that you will go down the steps carefully to reach the bottom, or use the ladder from the side of the pool. You'll probably notice that I've coloured the steps. 1. 2. 3. Maybe it's time to number these coloured steps. Can you invent your own way of numbering the steps which go under the water? When you've numbered your steps in some way perhaps you'd like to send in the pictures? Detailed teachers' notes for this activity are available on our NRICH website, where you can also find thousands more mathematical resources including problems, investigations and games for all ages from 5 to 19.

Maps Resources | Maths and Sport: Countdown to the Games Kids' Corner, State of Alaska Alaska Facts State Nick Name: "The Last Frontier" - the name Alaska is derived from the Aleut word "Aleyska," meaning "great land." State Motto: "North to the Future" State Capital: Juneau, located in the Southeast region of Alaska, has a population of 31,275 (2010 Census) Alaska Map: Alaska Flag: NOTE: The State of Alaska is not responsible for the content/information on any site outside of a State of Alaska department.

Earth at Night 2012 Account Options Sign in Earth at Night 2012 This new global view and animation of Earth’s city lights is a composite assembled from data acquired by the Suomi NPP satellite. The data was acquired over nine days in April 2012 and 13 days in October 2012. ©2014 Google - Terms of Use Layers Map 25 National Flags And Their Meanings Originating on battlefields as a means of identification, national flags have come a long way since their bloody conception. Flying in courthouses, classrooms, and fire stations they typically hold symbolic significance for the nation and have complex meanings ingrained into their designs. So go ahead and test yourself on your flag knowledge because these are 25 national flags and their meanings. Combining the crosses of the patron saints of England, Wales, and Scotland, the Union Jack as it is sometimes called is one of the oldest flags in the world having been around since 1801. It has been said that when Duke Leopold V. of Austria returned from war his white battledress was soaked with blood. There is a lot of dispute as to actual meaning of Aruba’s flag. As you may have noticed, the red circle on the flag is slightly off center. It’s not hard to see that Malaysia has a history with England. Although the country has changed its name twice, the flag has remained the same.