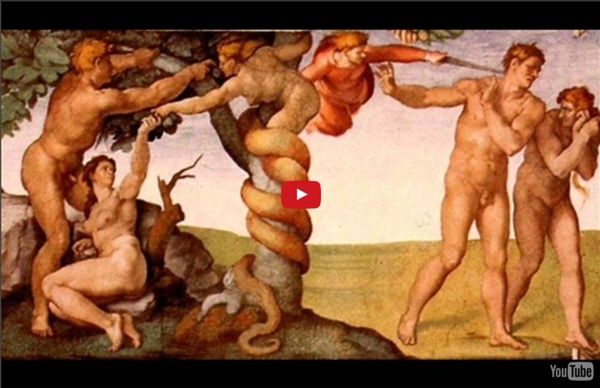 BREAKTHROUGH: DMT Found in the Pineal Gland of Live Rats In a major breakthrough in consciousness and psychedelic studies, Cottonwood Research Foundation has published a paper (soon to appear in the Journal Biomedical Chromatography) documenting the presence of DMT in the brains of living rats. For decades researchers have hypothesized that DMT may be one of the neurochemicals responsible for consciousness, dreams and visionary experiences. It’s certainly responsible for these and ever weirder experiences for those who have smoked it or taken Ayahuasca. DMT has been documented as naturally occurring in human blood, but this was not conclusive evidence that it is produced in the brain.

Ezine Sacred Geometry Sacred geometry involves sacred universal patterns used in the design of everything in our reality, most often seen in sacred architecture and sacred art. The basic belief is that geometry and mathematical ratios, harmonics and proportion are also found in music, light, cosmology. This value system is seen as widespread even in prehistory, a cultural universal of the human condition. It is considered foundational to building sacred structures such as temples, mosques, megaliths, monuments and churches; sacred spaces such as altars, temenoi and tabernacles; meeting places such as sacred groves, village greens and holy wells and the creation of religious art, iconography and using "divine" proportions. Alternatively, sacred geometry based arts may be ephemeral, such as visualization, sand painting and medicine wheels.

Terence McKenna live at Fez 6/20/93 Produced by Nicholas Hill for live broadcast on The Music Faucet, WFMU-FM , East Orange, NJ from The Fez, New York City June 20, 1993 Well it's great to be here. It's been kind of a long day for me, so I may not be able to maintain the ordinary veneer of genteel, cultured affability. I may have to simply cut to the chase here. You know, we've worked ourselves into quite a little situation here. We've got a rising youth culture, a government out of control, an environment that's all ripped up, and we've got no place to go. CHAKRA Image courtesy of: The principle connection points between one state and another of our being are constituted by the chakra whose access can be found along the spine to the top of the head and beyond (the Onios Channel). Knowledge of the Chakra belongs to the Hindu, Jainist and Buddhist traditions spread throughout the West by Theosophy. However certain Western treatises exist in which one can presume there was also a knowledge of these ‘centres of force’ on the part of alchemists and mystical Christians such as Jacob Bhome (1575-1624) and some of his pupils, in particular Johann Georg Gichtel (1638-1710), author of Practical Theosophy (1727).

Neurons to Nirvana: Understanding Psychedelic Medicines Lets help bring to mainstream awareness a professional documentary with the potential to radically alter our cultures profound misconceptions surrounding psychedelic medicines and their value to humanity. Help share the TRUTH. Spread the word about NEURONS TO NIRVANA, a new documentary that dares to break the taboo surrounding psychedelic medicines and explores their proven potential to heal and alleviate suffering on a global scale. This is the most important thing you will experience today. This is from Wikipedia about Ayahuasca: Planetary Harmonics & Neuro-biological Resonances in Light, Sound, & Brain Wave Frequencies; Including the translation of sound to color Copyright © 2003-2014 Nick Anthony Fiorenza, All Rights Reserved New sections added: How to convert musical notes to color. Musical notes and Keyboard colors.

Terence McKenna Admits To Being An Agent? “when I reached La Churerra in 1971 I had a price on my head by the FBI, I was running out of money, I was at the end of my rope. And then “THEY” recruited me. And said, you know, with a mouth like yours there’s a place for you in our organization. And, uh, I’ve worked in deep background positions about which the less said the better. And then about 15 years ago they shifted me into public relations and I’ve been there to the present.” – Terence McKenna NEW MKULTRA DISCOVERY: Terence McKenna admited that he was a "deep background" and "PR" agent (CIA or FBI). This explosive audio clip that was just brought to my attention today by "Scott" reveals, in Terence McKenna's own words, that he was in fact an agent. The audio clip comes from Dec. 1994 from his lecture at the Esalen Institute, which may be found below in full. "...here is an interesting episode regarding McKenna being chased by Interpol and the FBI – from which no conclusion is ever mentioned.