WatchKnow - Videos for kids to learn from. Organized. 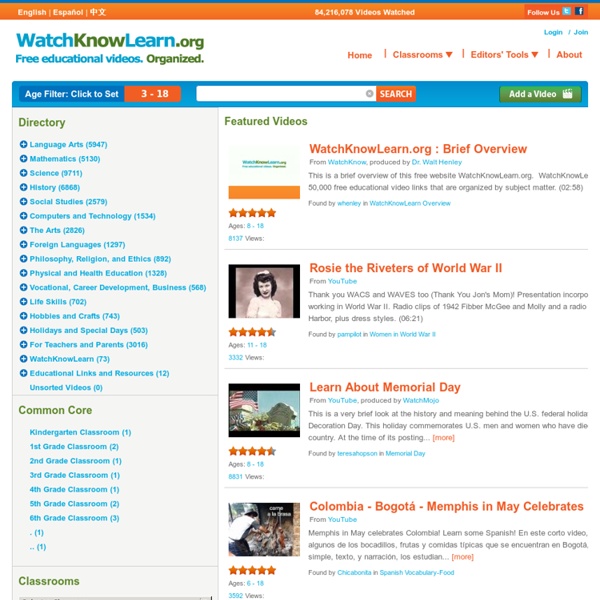 Virtual Fieldtrips The concept of Virtual Field trips has been around for a long time. In the past they have been very structured. Developers and educators have created the websites and content focused on the specific needs of the target audience and subject area. This is a great strength, but it is also a limitation. Art Image via Wikipedia We love art! Here is a summary of all our art appreciation lessons, art activities and downloads. We use Charlotte Mason‘s art appreciation approach.