How Drugs Helped Invent the Internet & The Singularity: Jason Silva on "Turning Into Gods" 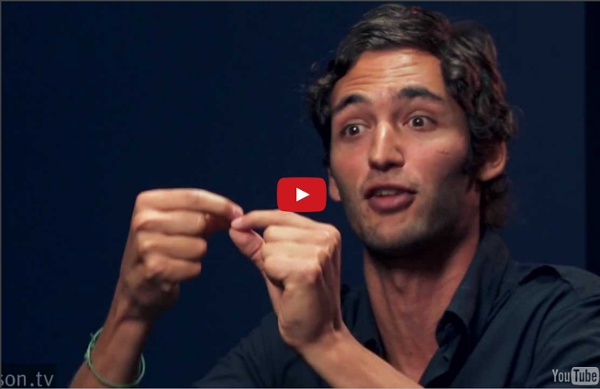 Transforming Fear Into Consciousness « The Sacred Science Some of the most powerful lessons can find us when we least expect them. A few days ago, I was standing amidst hundreds of people in a long line that stretched around a Buddhist temple outside of San Francisco. It was a Sunday, and we were all there to hear the teachings of a renowned spiritual master, but no one had anticipated this kind of a human logjam. As our collective impatience grew, I began to feel an unpleasant yet familiar tension creep into my stomach.

100 Websites You Should Know and Use (updated!) Entertainment Meet David Peterson, who developed Dothraki for Game of Thrones There are seven different words in Dothraki for striking another person with a sword. Sacredness is in the Eye of the Beholder There is a logical fallacy that psychonauts tend to make called the Appeal to Tradition. Just as it sounds, this is when someone describes a particular method or system as superior because it is traditional. The truth, of course, is that a solution’s stature as a tradition has no bearing on its effectiveness.

A Crash Course on Creativity With the power to cross borders and languages, music serves as a compelling tool for unlocking creative potential. Creativity: Music to My Ears is a six week course designed to explore several factors that stimulate creativity in individuals, teams, and organizations. In each session we will focus on a different variable related to creativity, such as reframing problems, connecting and combining ideas, and challenging assumptions. All of the projects in this experiential course will deal with some aspect of music, including listening, creating, and sharing. The Scorpion and the Frog One day, a scorpion looked around at the mountain where he lived and decided that he wanted a change. So he set out on a journey through the forests and hills. He climbed over rocks and under vines and kept going until he reached a river.