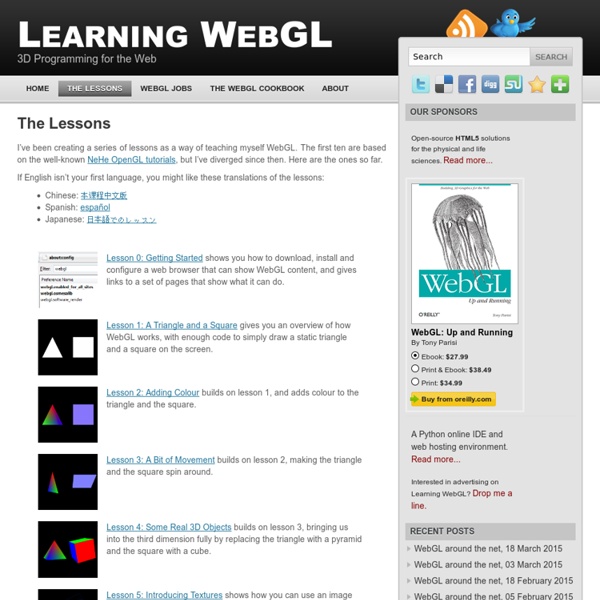 JavaScript Tutorial 100,000 Stars Boil Up Click here to watch the video. In March 2013, I was contacted by Olivier Jean in New Zealand who was working on an installation for the Auckland War Memorial Museum. This exhibition, called Moana – My Ocean, allows visitors to experience many of the oceanic wonders that surround the beautiful country of New Zealand from the dynamic of the surface waters all the way down into Kermadec Trench which plunges 10,000 meters deep. One of the installations for this exhibition is all about the phenomenon of the “boil up”. National Geographic – Bluefin tuna eating bait ball BBC – Blue Planet Earthtouch – Ultimate Sardine Run Experience The bait balls that form in the Hauraki Gulf often contain many of the following species: pilchard, anchovies, mackerels, kahawai, kingfish, dolphins, bronze whaler sharks, diving gannets and the Bryde’s whale. I did a personal project a couple years ago where I was trying to simulate a bait ball using code. Step 1: Bait Ball formation Step 2: The (smaller) Predators

How to write a FaceBook Application in 10 minutes Writing F8 apps is where it’s at right now. Everybody knows it. The userbase is huge and now we have a (free) API to. I spent a day writing my Sudoku Facebook application yesterday. As far as I can tell, Facebook allows you to create applications that appear to the user in 2 different areas. 1 - The profile. 2 - The ‘Canvas page’. Ok, thats it for the overview. 1. <script type=text/javascript> var iRandom; function Restart() { iRandom = Math.floor(Math.random()*10)+1; alert('OK, I am thinking of a number between 1 and 10'); } function Guess() { var yourGuess = document.getElementById('myGuess').value; if (yourGuess>iRandom) alert('Too High.'); if (yourGuess<iRandom) alert('Too Low.'); if (yourGuess==iRandom) { alert('Well done! It’s not going to win any awards, but it gets the job done. Ok, now log into Facebook. 2. 3. Application Name: Any name you want. Anyway, now we can go back toDefault FMBL: This is the text that will go on the user’s profile. 5. 6.

btr . Stephen Schieberl's blog about making things and doing stuff Bringing lo-fi sign technology to the streets of New York Stephen Schieberl / Posted: 2012-07-29 07:42 PM / Updated: 2012-11-19 10:10 AM / 2 comments TNT teamed up with Breakfast to create a one of a kind interactive billboard for their new show, Perception. While most advertisers in New York City are exploring the latest in LED technology, creating a homogeneous landscape of flashing lights, Breakfast reached into the past to revive a forgotten technology. The billboard is made up of over 44,000 dots which are white on one side, black on the other, and can flip between the two. Tags: Projects Massive interactive display at the UEFA Euro Championships Stephen Schieberl / Posted: 2012-07-29 06:46 PM / Updated: 2012-07-29 07:45 PM / 0 comments Radical Media undertook an ambitious digital signage project for the Nike My Time Is Now campaign at the UEFA Euro Championships in Warsaw, Poland. An easy way to keep your installation software alive Pushing the framework for iPhone and iPad Tags: Code

JavaScript Tutorial 16 - Graphics and Imaging Graphics brings life to applications. JavaScript allows creation and modification of images using HTML5 canvas objects. This basic tutorial introduces some fundamental concepts of graphics and imaging. The Canvas HTML 5 introduced the canvas element which allows JavaScript 2D objects to be used in documents. <canvas id="canvas" width='100' height='100'><p>Sorry: Browser does not support Graphics Canvas</p></canvas> Note: Not all browsers implement the canvas element. Shapes and Paths There is only one primitive shape: the rectangle. Paths are used for more complex shapes. Arcs are drawn with arc(x,y,radius,sAng,eAng,rotFlag). sAng and eAng are in radians (note: a simple conversion is var radians=(Math.PI/180)*degrees). rotFlag is boolean. Bezier curves are used to draw complex shapes. Styles and Patterns Fill patterns control how a drawn object is filled in with ink. Line strokes can be styled in several ways. Transformations & Composites Clipping provides complex masking screens.

The Nature of Code “Trigonometry is a sine of the times.” — Anonymous In Chapters 1 and 2, we carefully worked out an object-oriented structure to make something move on the screen, using the concept of a vector to represent location, velocity, and acceleration driven by forces in the environment. We could move straight from here into topics such as particle systems, steering forces, group behaviors, etc. If we did that, however, we’d skip an important area of mathematics that we’re going to need: trigonometry, or the mathematics of triangles, specifically right triangles. Trigonometry is going to give us a lot of tools. We’ll get to think about angles and angular velocity and acceleration. So this chapter is a bit of a mishmash. 3.1 Angles OK. The first order of business is to cover radians and degrees. Figure 3.1 It’s fairly intuitive for us to think of angles in terms of degrees. Figure 3.3 Processing, however, requires angles to be specified in radians. The formula to convert from degrees to radians is: if

Images in Cinder [Tutorials, Cinder] by @factoryfactory with images by @flight404 Written by Joshua Noble, with images by Robert Hodgin In this little tutorial we’re going to follow a path that starts with a file on the filesystem, say a PNG file, and ends with the image being drawn to the screen using OpenGL. // probably in your App's setup() method gl::Texture texture = loadImage( "image.jpg" ); // and in your App's draw() gl::draw( texture ); Even though that code simply loads and draws an image, there’s actually quite a lot going on behind the scenes. These two lines highlight one of the core characteristics of Cinder’s design: data, its I/O (Input/Output) and manipulation are carefully separated. Continuing this theme of the separation of responsibilities, we introduce the Surface class. Surface mySurface; // initialized elsewhere gl::Texture texture = gl::Texture( mySurface ); Surface The Surface comes in two varieties: an 8 bit unsigned integer and 32 bit floating point high dynamic range version. Surface mySurface( 640, 480, true ); // width, height, alpha?