Tracking Every Coronavirus Case in the U.S.: Full Map 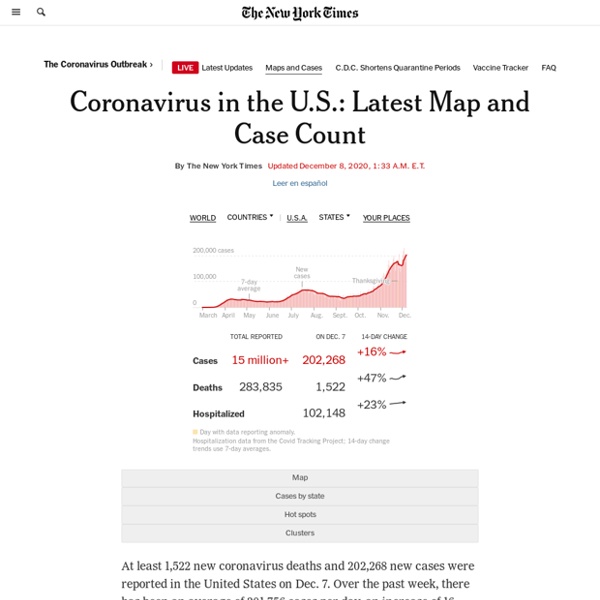 Republican’s TRUST Act is designed to gut Social Security and Medicare Alex Lawson writes for The Hill about Senator Mitt Romney’s ongoing quest to gut Social Security. In October 2019, Romney introduced the TRUST Act, which would create a secret fast track for cutting Medicare and Social Security benefits. It’s a bill that flies in the face of the needs of Americans, the overwhelming majority of whom support strengthening Social Security. The TRUST Act is designed to enable Congress to quickly starve Medicare and Social Security of funds, weakening these programs. Iowa creates six regional medical coordination centers (WGEM) — Iowa Gov. Kim Reynolds and the Iowa Department of Public Health released additional coronavirus numbers Tuesday afternoon. The state has 102 additional positive cases for a total of 1,048 positive cases. The state also announced an additional death to bring the total to 26 total. Reynolds said there were 341 people who have recovered and 104 that are still hospitalized. During her daily press briefing in Johnson, Reynolds announced that the state has plenty of beds and ventilators at this time.

Trump administration proposes rule that would take benefits from people with SSDI Arthur Delaney reports for The Huffington Post on a Trump administration proposed rule which would make it harder to receive Social Security disability benefits and Medicare, if you are under 65. If finalized, the rule is expected to take SSDI benefits from thousands people with disabilities. As it is, it is very difficult to qualify for Social Security Disability Income (SSDI). The majority of people who apply are denied benefits. But, some people who do qualify for benefits may now be at risk of losing them. Waves of CSF Flow Into the Brain During Sleep The brain's cerebrospinal fluid (CSF) pulses during deep sleep and this appears to be tied to brain wave activity and blood flow, an exploratory study showed. Large oscillations of CSF inflow to the brain appeared about every 20 seconds and were tightly coupled to functional magnetic resonance imaging (fMRI) signals of blood flow and electroencephalogram (EEG) slow waves, reported Laura Lewis, PhD, of the Boston University College of Engineering, and co-authors, who described this activity for the first time in Science. "We've known for a while that there are these electrical waves of activity in the neurons," Lewis said in a statement. "But before now, we didn't realize that there are actually waves in the CSF, too." "It's such a dramatic effect," she added.

Microchimerism: how pregnancy changes the mother’s very DNA When Lee Nelson first began researching autoimmune disorders in the 1980s, the prevailing assumption was that conditions such as arthritis and lupus tend to show up more commonly in women because they are linked to female sex hormones. But to Nelson, a rheumatologist at the Fred Hutchinson Cancer Research Center in Seattle, this explanation did not make sense. If hormones were the culprit, one would expect these afflictions to peak during a woman’s prime reproductive years, when instead they typically appear later in life.

‘They Just Dumped Him Like Trash’: Nursing Homes Evict Vulnerable Residents Traditionally, ombudsmen would regularly go to nursing homes. In March, though, ombudsmen — and residents’ families — were required to stop visiting. Evictions followed. untitled Image copyright SCIENCE PHOTO LIBRARY People testing negative for coronavirus antibodies may still have some immunity, a study has suggested. For every person testing positive for antibodies, two were found to have specific T-cells which identify and destroy infected cells. This was seen even in people who had mild or symptomless cases of Covid-19. But it's not yet clear whether this just protects that individual, or if it might also stop them from passing on the infection to others.

Live longer, avoid sugary and diet sodas Live longer, avoid sugary and diet sodas! CNN reports that a 19-year study published in JAMA Internal Medicine found that people who drank as few as two glasses (16 ounces) of soda a day, including diet soda, had a greater chance of dying from any cause than people who drank fewer than 12 glasses of soda a year. The 451,743 study participants from 10 European countries were in good health at the outset, without signs of cancer, diabetes, heart disease or stroke. But, after 19 years of drinking sugar-sweetened sodas, including diluted syrups, both men and women had a greater risk of dying from digestive disorders than people who did not. It goes without saying that consumption of sugar-sweetened drinks also leads to weight gain and obesity. Men and women who drank diet drinks over 19 years had a greater risk of dying from circulatory diseases such as cardiovascular disease.

About CDC’s STEADI (Stopping Elderly Accidents, Deaths, & Injuries) Initiative CDC’s Injury Center created this initiative, expressly for you—healthcare providers who treat older adults who are at risk of falling, or who may have fallen in the past. As a healthcare provider, you are already aware that falls are a serious threat to the health and well-being of your older patients. More than one out of four people 65 and older falls each year, and over 3 million are treated in emergency departments annually for fall injuries. You play an important role in caring for older adults and you can help reduce these devastating injuries. The STEADI Initiative offers a coordinated approach to implementing the American and British Geriatrics Societies’ Clinical Practice Guidelineexternal icon for fall prevention. STEADI consists of three core elements:

Young Man Invents “Water You Can Eat” to Help Dementia Patients Like His Grandma Stay Hydrated Elizabeth Nelson By Elizabeth Nelson greatergood_ctg_belowtitle People with Alzheimer’s and other forms of dementia often suffer from dehydration issues for a variety of reasons. One of those reasons is that dementia patients may simply forget to drink water or forget where to find water, even if there’s a cup of it on the nightstand, inches away from them. Others may no longer find water palatable and forget that it is necessary, since they might not feel thirsty. Do Prescription Drugs Really Have to Be So Expensive? But in November 2017, a study published in JAMA Internal Medicine examined the costs of developing 10 cancer drugs approved by the FDA from 2006 to 2015 and provided a strong contrast to the Tufts study from a year before. Its authors, from Memorial Sloan Kettering and the Oregon Health and Science University, used annual financial disclosures from the Securities and Exchange Commission for companies that had only one cancer drug approved but had on average three or four other drugs in development. They found that companies took an average of 7.3 years to win FDA approval, at a median cost of $648 million. Only two drugs had research costs over $1 billion.

What It's Like to Learn You're Going to Die The roots of this trauma may be, in part, cultural. Most people recognize at an intellectual level that death is inevitable, says Virginia Lee, a nurse who works with cancer patients. But “at least in Western culture, we think we’re going to live forever.” The treasure trove of unique genomes hiding in plain sight Jenn Liv There’s a boxed warning that comes along with Plavix, the anti-blood-clotting drug that hit the market in 1997. If you’re a “poor metabolizer,” it warns, the drug may not be effective for you and might even lead to negative effects.