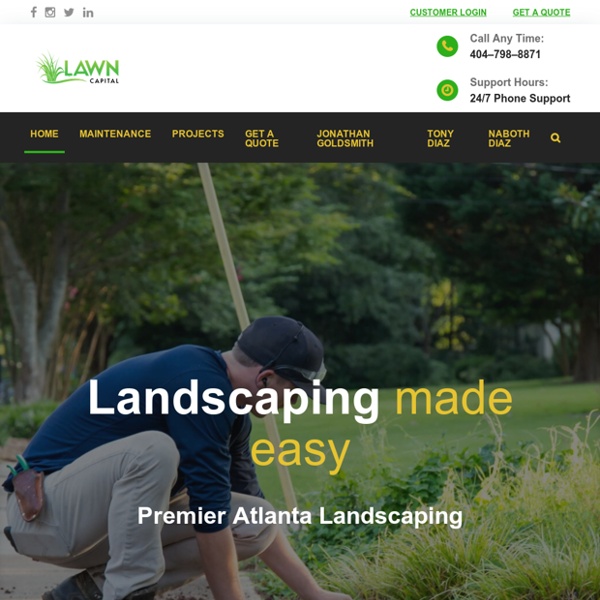 Coronavirus live updates: deaths and cases - UK, Australia, Canada, Spain... news today Coronavirus in northeast China behaving differently, says expert The coronavirus is behaving differently in patients who have contracted it recently in northeast China compared with early cases, indicating it is changing as it spreads, a prominent doctor has said. China, which has largely brought the virus under control, has found new clusters of infections in the northeastern border provinces of Jilin and Heilongjiang in recent weeks, raising concern about a second wave. Richard Dreyfuss: 'I was a bad guy for a number of years' “Don’t shoot, I win Oscar.” These words, says Richard Dreyfuss, are printed on the shirt he’s wearing under his grey jacket. He is at home in San Diego, reclining in a voluminous brown leather armchair. Behind him is a picture of his wife, Svetlana, resting on a shelf beside his Bafta and David di Donatello awards.

Donald Trump: Reelect me and I will continue to deliver safety, prosperity and opportunity for all Americans Four years ago, Americans elected me president to go to Washington, drain the swamp and produce real results for them. Now they have a choice: continue the record of prosperity that my administration delivered or return to the old Washington status quo, where Beltway insiders enriched themselves at the expense of hardworking Americans across the country. My administration has delivered safety, prosperity and opportunity for all Americans by keeping our promises and implementing an America First agenda to support working people and their families over the past four years. The American people deserve so much more than what the Democratic ticket has to offer in this election. After enduring eight disastrous years of the Obama-Biden mess, the nation deserves to enjoy eight full years of growth and economic prosperity under my administration.

'What a season, what a league': Slaven Bilic savours West Brom's promotion Slaven Bilic said his burning desire to manage in the Championship was vindicated after steering West Bromwich Albion into the Premier League on an extraordinary final day of drama. Bilic’s side drew 2-2 at home to QPR but Brentford’s failure to beat Barnsley ensured a return to the top flight after two years away. Meanwhile, Luton avoided relegation and Swansea squeezed into the play-offs at the expense of Nottingham Forest.

England beaches gridlock caused by cars 'from all over country' Beaches across England have been seeing high numbers of visitors apparently defying coronavirus concerns. Cars from "all over the country" were in gridlock in Devon, police said. In Cornwall, Perranporth beach had hundreds of people on it, while the warm weather also brought people out to Southend seafront in Essex. In Merseyside, people visited Sefton's beaches despite pleas to stay away, and there was a reported 40-minute queue for a toilet in Skegness. In Devon, Saunton Sands beach car park, near Braunton, was described as "looking like August", with nearby Woolacombe described as "a particular pinch point" for traffic.

Liverpool cruise past Crystal Palace to put Premier League title in sight The Premier League title will not arrive as anyone at Liverpool envisaged but, should this prove the victory that delivers number 19, a masterful dismantling of a Crystal Palace team led by Roy Hodgson will seem highly appropriate. The imperfections that surround Liverpool’s season are not of their making. Ten years ago Hodgson stood perplexed in the dugout that Jürgen Klopp now commands. Five years ago it was Palace that left Liverpool’s new manager feeling alone after Scott Dann’s late winner sent home fans heading for the exits. How far Liverpool have come from that low ebb and that loneliness. The club, united even while apart from its fans, stands on the verge of a first league title for 30 years after a performance that captured the best of this season’s undisputed champions.

Texas Supreme Court upholds limiting ballot drop off sites to one per county The Texas Supreme Court on Tuesday upheld Governor Greg Abbott's order that limits counties to one mail ballot drop-off location. The order, which has sparked legal and political controversy in the state, prevents some of the state's largest counties from setting up multiple drop-off sites. The unanimous decision from the all-Republican court overturned a lower court's decision to issue an injunction on Abbott's order. A state appeals upheld the lower court's decision last week.

Plan to speed up rugby union just part of massive overhaul needed Would the outcome of last year’s World Cup have been different had teams been allowed to make five replacements rather than eight? The winners, South Africa, defused opponents through their bomb squad, five tight forwards who came off the bench in the second half along with a foraging flanker to allow an unrelenting 80-minute physical onslaught. England lost in the final to South Africa, whose bomb squad was assisted by the early injury to Kyle Sinckler, and their head coach, Eddie Jones, has called for the number of replacements to be cut from eight to five or six as part of a plan to speed up the game: referees who constantly refer decisions to others and dithering television match officials were also in his target sight. Jones has long spoken of the lack of space on the pitch and that players suffering from fatigue in the final 25 minutes would be one way of creating it: the survival of the fittest. Those who work to play will be taking far more of a risk when their game resumes.

Coronavirus: Fauci warns Senate of 'serious consequences' Media playback is unsupported on your device The top US infectious diseases doctor has warned senators that the coronavirus will spread further if the country opens up too soon. Dr Anthony Fauci said if federal guidelines to reopen were not followed, "little spikes" would become outbreaks. He also said the real US death toll is probably higher than the official figure of 80,000. His message is at odds with the upbeat tone of President Donald Trump who is keen to get the economy going again. Young guns Willock and Nketiah lead Arsenal to win over Southampton In the stand, Mesut Özil gazed on under a parasol. Somewhere in London, Matteo Guendouzi pondered the error of his ways. One win will not answer the questions, many of them regarding fundamental aspects of the club’s operation, that hang over Arsenal but this was a well-earned day in the sun against a below-par Southampton and means they remain on the tail of the European spots. It was not without a significant slice of fortune but, in the circumstances, the victory’s architects could hardly have been more timely. Around 36 hours previously, the club had aroused furious discussion by awarding sizeable new deals to David Luiz, Cédric Soares and Pablo Marí.

‘Halloween Kills’: Michael Myers Is Still Alive, Laurie Strode Warns About The Killings In Bloody Teaser - Entertainment David Gordon Green’s Halloween (2018) changed a lot of things not just for the slasher film franchise but also for the business of spooky sequels, a retcon in this case. If you need a little reminder, the Green directorial was a direct retroactive continuity progression of John Carpenter’s original Halloween (1978) that introduced Michael Myers as The Shape, a masked serial killer and dispelled many other sequels since the release of the OG. It went on to rake in a lot of money thanks to Jamie Lee Curtis’ return as Laurie Strode after 40 years of her narrow escape, which gave the film a familial feel. Which is exactly why Blumhouse renewed the sequence and okayed two more sequels of the plot namely, Halloween Kills and Halloween ends which were to be released in 2020 and 2021 respectively! Yeah, that didn’t happen courtesy – the Coronavirus pandemic, and the films got pushed to 2021 and 2022. But hey, we can now indulge in a few jump scares while we wait.

Propane Forge He who is not angry when there is just cause for anger is immoral. Why? Because anger looks to the good of justice. And if you can live amid injustice without anger, you are immoral as well as unjust. - St. Thomas Aquinas (1225-1274) - See more at: UK: Junior Minister says 'thousands' are being traced under government's COVID-19 response The United Kingdom’s junior health minister Edward Argar reportedly said that ‘thousands’ of people are being successfully traced as part of the government’s COVID-19 response. As the UK government launched test and trace system back in May, Argar said that the authorities are into the thousands being successfully traced at the moment. Though he wasn’t able to provide specific numbers, he reportedly, however, said that the government is working with the statistics authority to agree the process to make sure that accept it’s reliable. Last month, UK health secretary Matt Hancock had announced the ‘test, track and trace system’. Hancock explained that the programme involved contact tracing and tracing via the smartphone app. The application helps people, who have developed COVID-19 symptoms, to register.

Kevin Kwan: 'With Crazy Rich Asians my life exploded and I’m still trying to put it back together' It’s difficult to square Kevin Kwan, modern master of high romp, with the dark and brooding personality he claims as his default setting. “I’m actually a very melancholy, serious person,” he says seriously. Sitting at his kitchen table on a video call, bright Los Angeles light blinking through the blinds, Kwan is keen to draw a firm line between the parodic glamour of his blockbuster novels and the “very tense, mordant introvert” he sees himself as in real life. “It was such a surprise to my friends that I wrote Crazy Rich Asians,” he says. “They couldn’t believe this was the book I was writing because it’s not in my natural voice which, in terms of writing, is very surgical, very precise, very minimal, very devastating, you know?”