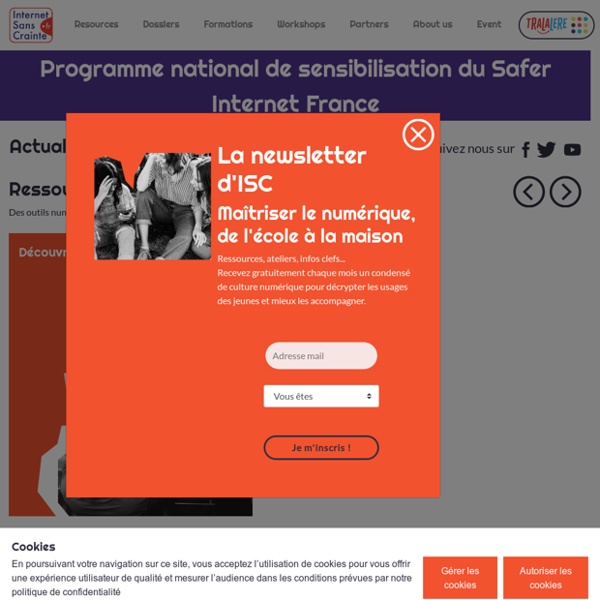 10 Apps Teens are Using that Parents Need to Know Not all social apps are bad. Most of the apps our kids use are truly an extension of your child’s “real world” social life. For the most part, our kids talk to people they only talk to in “real life.” Global Cybersecurity Agenda (GCA) Introduction The Need for International Cooperation Current Models of International Cooperation

10 New Trends of Logo Design for 2015 When the foundation of a business firm is laid, the most cardinal aspect that can help in the development of a business’ stance is a logo, a trendy creative logo plays an important role in making up the impression and to display the perspective of the firm. New and latest techniques come into the world of art and design so people can get the best outcome in the most possible ways. Experts are coming up with new logo trends to give new directions to the genre of logo designs so I am presenting before you 10 new trends of logo design for 2015. 1. Low Polygon Logo Design Low polygon is mostly used in backgrounds and wallpapers in the year 2014.

Is Google Making Us Stupid? - Nicholas Carr Illustration by Guy Billout "Dave, stop. Stop, will you? Stop, Dave. Will you stop, Dave?” So the supercomputer HAL pleads with the implacable astronaut Dave Bowman in a famous and weirdly poignant scene toward the end of Stanley Kubrick’s 2001: A Space Odyssey. Educational Technology / Digital Learining Digital Citizenship & Digital Literacy Big Question : “How can learners become critical assessors of digital resources and be responsible digital citizens?” Featured Digital Citizenship & Digital Literacy Resources Be Internet Awesome Google's Digital Safety Resources for the classroom and home. The 10 Tools of Online Oppressors - Reports SAN FRANCISCO In reporting news from the world’s most troubled nations, journalists have made a seismic shift this year in their reliance on the Internet and other digital tools. Blogging, video sharing, text messaging, and live-streaming from cellphones brought images of popular unrest from the central square of Cairo and the main boulevard of Tunis to the rest of the world. In Other Languages • Español • Português • Français • Русский • العربية • Multimedia • Audio Report: Offenders and TacticsIn Print • Download the pdfMore on This Issue • CPJ Internet Channel: Danny O'Brien's blog • Blogging in Egypt: Virtual network, virtual oppression • Burmese exile news site endures hacking, DDoS attacks Yet the technology used to report the news has been matched in many ways by the tools used to suppress information. In two nations we cite, Egypt and Tunisia, the regimes have changed, but their successors have not categorically broken with past repressive practices.

Tiny Reclaimed Wood Cabins That Appear Plucked From the Pages of Dr. Seuss Dan Pauly builds guest cottages, playhouses, garden sheds, and saunas all appearing to be perfectly suited for an enchanted forest. The small, asymmetrical buildings have a long slanted roof, crooked chimney, and charming front window with built-in flower box. Each cabin designed by Pauly and his company The Rustic Way is built with reclaimed wood, each piece restored to reflect its natural weathered condition. How to Keep iPad children safe online Has your child got an iPad from Santa? I may be an iPad teacher calling myself @iPadWells and running this blog on iPad use but I’m also a father of 2 daughters with all the normal excitement and fear that comes with that. One of my daughters soon reaches the magical double-figure age of 10 and there is talk of her maybe (insert usual “if she’s a good girl” rhetoric that usually gets ignored) having an iPad for her birthday.

how to easily delete your online accounts Spring Financial is a finance company based in Canada. The company was founded in 2014. Spring Financial is a subsidiary of Canada Drives, which is a leading auto financing company in Canada. San Serriffe (1977) On April 1, 1977 the British newspaper The Guardian published a seven-page "special report" about San Serriffe, a small republic located in the Indian Ocean consisting of several semi-colon-shaped islands. A series of articles described the geography and culture of this obscure nation. The report generated a huge response. The Guardian's phones rang all day as readers sought more information about the idyllic holiday spot. However, San Serriffe did not actually exist. The report was an elaborate April Fool's Day joke — one with a typographical twist, since numerous details about the island (such as its name) alluded to printer's terminology.