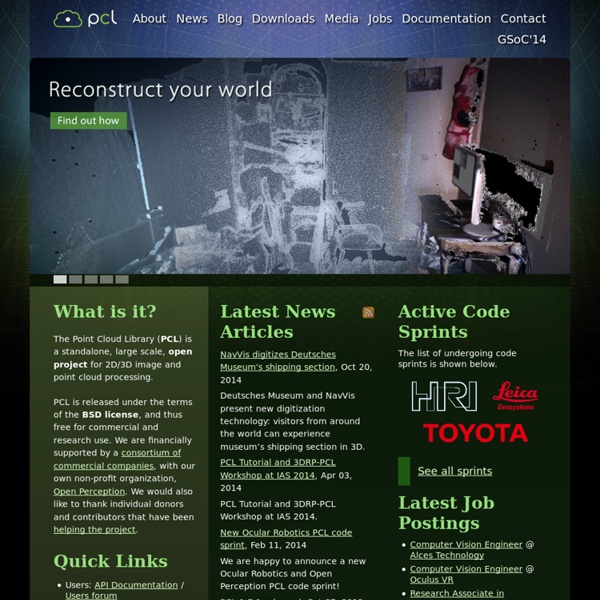 Boya.ca - Robótica de hardware abierto y software libre functioning Nvidia Optimus in Mint13/14/15 To fix Nvidia Optimus problems install 'Bumblebee' and 'laptop-mode-tools'. These are working together to manage fan and cpu power-saving options. first: 1) sudo add-apt-repository ppa:bumblebee/stable This will add bumblebee to the repository. After initiating Code 1 , in terminal write: 2) sudo apt-get update 3) sudo apt-get install bumblebee bumblebee-nvidia virtualgl linux-headers-generic laptop-mode-tools When installing items finished, you need to alter some files as following: 4) sudo gedit /etc/bumblebee/bumblebee.conf Go to section starting with [bumblebeed] and add 'nvidia' to => Driver= should look like => Driver=nvidia Then search for this part: [driver-nvidia] and look around in the section to find two lines like the following, if not add it: KernelDriver=nvidia-current Module=nvidia Also read comments everytime, those are written for you to have a clue of what's going on. Now, save and close the document, you'll come back to terminal. 5) sudo gedit /etc/init/bumblebeed.conf start on

The SHOGUN Machine Learning Toolbox Documentation We use Doxygen for both user and developer documentation which may be read online here. More than 600 documented examples for the interfaces python_modular, octave_modular, r_modular, static python, static matlab and octave, static r, static command line and C++ libshogun developer interface can be found in the online documentation. In addition, examples are shipped in the examples/(un)documented/[interface] directory in the source code (where interface is one of r_static, octave_static, matlab_static, python, python_modular, r_modular, octave_modular, cmdline, libshogun). Here you may find links to the older, current (latest release) and latest (cutting edge code in github) versions of the documentation: Note that documentation for python-modular is most complete and also that python's help function will show the documentation when working interactively:

CODESYS – industrial IEC 61131-3 SPS-Programming How to get Nvidia's proprietary driver to work This is a simple tutorial to help you get the Nvidia proprietary driver to work on Linux Mint 9 (Isadora) using Grub2. Part I (Why) The open source community has decided to create their own open source video driver for Nvidia video cords, called Nouveau. Part II (How) I followed this guide to get mine working, written by ferro. Good luck. Tags: Nvidia, Driver, Nouveau Created: 6 years ago. Other tutorials from ron_o No other tutorials. Video: Introducing Gephi 0.7 Introducing Gephi 0.7 from gephi on Vimeo. This is a “madness” screencast overview of brand new Gephi 0.7. Turn on the sound, go on Vimeo to see it in HD, and enjoy! The video highlights the following features: Video License: Creative Commons By-NC-SA Music Credits: Feather Drug – Mysteries – Album Beta test V0.1 Related Posts: Demo Functionality ~ 0.7 video Trackback

Printer Driver For Fuji-Xerox DocuCentre-II C3300 | World Of Nubcraft This post was published 1 year 1 month 11 days ago which may make many or all of its content outdated. Please follow at your own risk. Today, I was trying to print something at work and found out that our old Brother MFC 8840D printer was now replaced with a Fuji-Xerox DocuCentre-II C3300. The printer comes up in the network and is successfully identified (full printer name), but the driver is not listed anywhere. The above requires the source code to be compiled. Or you can search for other tutorials on compiling from source on Ubuntu. The first link above has the source code link and other information. Just unpack the zipped file. Lastly, the ppd file, named fxlinuxprint.ppd, should be located at the following location: /usr/share/cups/model/FujiXerox/en. Related Posts: No Related Posts

Bumblebee Bumblebee aims to provide support for NVIDIA Optimus laptops for GNU/Linux distributions. Using Bumblebee, you can use your NVIDIA card for rendering graphics which will be displayed using the Intel card. Bumblebee is officially supported by Ubuntu in 13.10 Saucy or newer. However, all releases are supported by the Bumblebee Project community from Ubuntu version 12.04 up to 13.10. Installation Basic Setup You need to open your terminal and enter the commands below. If on 12.04.3, replace linux-headers-generic with linux-headers-generic-lts-raring. sudo add-apt-repository ppa:bumblebee/stable Enable the Universe and Multiverse repositories (for bumblebee and nvidia packages respectively). sudo apt-get update Install Bumblebee using the default proprietary nvidia driver for 12.04 - 13.04 : sudo apt-get install bumblebee bumblebee-nvidia virtualgl linux-headers-generic And for 13.10 : sudo apt-get install bumblebee bumblebee-nvidia primus linux-headers-generic Reboot Advanced Setups Usage

Linux: Find Number of CPU Cores Command How do I find out the number of CPU cores available under HP x86_64 Linux serer running on RHEL / Debian Linux 6.x? You can use the lscpu or nproc command to display the number of processing units available to the current process, which may be less than the number of online processors (please note that not all server supports hotplug a CPU on a running Linux system). The proc file system is a pseudo-file system which is used as an interface to kernel data structures. It is commonly mounted at /proc. nproc Example The nproc command shows the number of processing units available: # nproc Sample outputs: lscpu Command lscpu gathers CPU architecture information form /proc/cpuinfon in human-read-able format: # lscpu Sample outputs: /proc/cpuinfo The /proc/cpuinfo and sysfs stores info about your CPU architecture ike number of CPUs, threads, cores, sockets, NUMA nodes, information about CPU caches, CPU family, model, bogoMIPS, yte order and much more: # less /proc/cpuinfo Check out related media

Understanding Linux /proc/cpuinfo | Richweb A hyperthreaded processor has the same number of function units as an older, non-hyperthreaded processor. It just has two execution contexts, so it can maybe achieve better function unit utilization by letting more than one program execute concurrently. On the other hand, if you're running two programs which compete for the same function units, there is no advantage at all to having both running "concurrently." A dual core processor literally has two times as many function units as a single-core processor, and can really run two programs concurrently, with no competition for function units. A dual core processor is built so that both cores share the same level 2 cache. In general Hyperthreading is considered older technology and is no longer supported in newer cpus. A dual core cpu running at 3.0Ghz should be faster then a dual cpu (separate core) system running at 3.0Ghz due to the ability to share the cache at higher bus speeds. Example 1: Single processor, 1 core, no Hyperthreading

Samsung Series 7 Slate XE700T1A System Specification CPU: Intel® Core™ i5 Processor 2467M (1.6GHz, 3MB L3 Cache) Memory: 4GB DDR3 System Memory at 1333MHz Hard-Drive: 64GB Solid-state Drive (128GB is also available) Screen: 11.6" LCD (1366x768) Integrated Graphics: Intel® HD Graphics 3000 Touchscreen: Atmel maXTouch Digitizer (10 points) Accelerometer: STMicroelectronics 6-Axis Accelerometer/Magnetometer (LSM303DLH) WiFi: Intel® Centrino® Advanced-N 6230, 2 x 2 802.11abg/n Bluetooth: Bluetooth 3.0 Installation Getting into and navigating the BIOS is a challenge in itself. Turn the Tablet on and then press the home button a few times. To get directly into the BIOS menu, and to skip the above menu, it is generally much easier to simply hold the home button after pressing the power button until the menu pops up. To Navigate the BIOS, the home, button is escape, the lock button is enter, the volume rocker buttons are up and down and the volume rocker buttons and the lock button pressed simultaneously are left and right. $ .