Learn Faster with The Feynman Technique 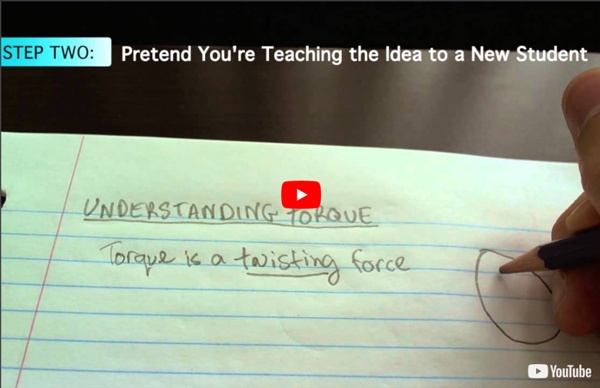 How Human Memory Works" The more you know about your memory, the better you'll understand how you can improve it. Here's a basic overview of how your memory works and how aging affects your ability to remember. Your baby's first cry...the taste of your grandmother's molasses cookies...the scent of an ocean breeze. How To Be Persuasive What Is Persuasion? Persuasion is the act of getting a sentient being other than yourself to adopt a particular belief or pursue a particular action. This tutorial will teach you how to excel at doing just that. Our examples will assume a variety of different specific circumstances, but the principles we present will be applicable in a myriad of situations. Whether you're trying to persuade a pseudo-intellectual that his political beliefs are, in fact, as savory as unwashed socks, or whether you're trying to persuade a vicious dog to please kindly release your coccyx, the techniques of persuasion you must employ are fundamentally the same.

Portrait of an ESTP As an ESTP, your primary mode of living is focused externally, where you take things in via your five senses in a literal, concrete fashion. Your secondary mode is internal, where you deal with things rationally and logically. ESTPs are outgoing, straight-shooting types. The Pomodoro Technique® - Time Management Skills From MindTools.com Staying Focused Throughout the Day © iStockphotoCsondy After four "pomodori," you've earned yourself a good break! Do you find that your productivity fluctuates from one day to the next? Some days, you fly through your tasks in no time. The Rx for Innovation It’s not just a stale platitude. If you want to be at peak performance, you have simply got to get a handle on your eating, sleeping, and dietary habits. This applies to business managers as well as Olympic athletes.

Why Walking Helps Us Think In Vogue’s 1969 Christmas issue, Vladimir Nabokov offered some advice for teaching James Joyce’s “Ulysses”: “Instead of perpetuating the pretentious nonsense of Homeric, chromatic, and visceral chapter headings, instructors should prepare maps of Dublin with Bloom’s and Stephen’s intertwining itineraries clearly traced.” He drew a charming one himself. Several decades later, a Boston College English professor named Joseph Nugent and his colleagues put together an annotated Google map that shadows Stephen Dedalus and Leopold Bloom step by step. The Virginia Woolf Society of Great Britain, as well as students at the Georgia Institute of Technology, have similarly reconstructed the paths of the London amblers in “Mrs.

Left Brain Right Brain Test An article called Left Brain Right Brain (imagine the letters for right brain as seen in a mirror and you'll have it) written by Dan Eden sheds some light on the role of facial anatomy with regard to the left brain right brain phenomenon. The article starts this way: " bicameral (bi-kam-ê-ral) adj. having two legislative chambers. Project Life Organization & my office reveal I’m sure you have heard Project Life mentioned at some point over the last 4 or so years, but do you know what it is? Project Life is a type of simplified scrapbooking that you can do, to create memory albums for your family (in less time than traditional scrapbooking). To put it simply, it’s streamlined scrapbooking. The creator of Project Life Becky Higgins explains… “Project Life® is a solution-based approach to scrapbooking that was created to simplify the process in order to allow you more time to enjoy life! It requires no glue, no scissors, no tools, and no skills of any kind.

Opinion: For a more productive life, daydream In 1990, a 25-year-old researcher for Amnesty International, stuck on a train stopped on the tracks between London and Manchester, stared out the window for hours. To those around her, no doubt rustling newspapers and magazines, busily rifling through work, the young woman no doubt appeared to be little more than a space cadet, wasting her time, zoning out. But that woman came to be known as JK Rowling. And in those idle hours daydreaming out the train window, she has said that the entire plot of the magical Harry Potter series simply "fell into" her head. Mark Twain, during an enormously productive summer of writing in 1874, spent entire days daydreaming in the shade of Quarry Farm in New York, letting his mind wander, thinking about everything and nothing at all, and, in the end, publishing "The Adventures of Tom Sawyer." Such creative breakthroughs in leisurely moments are hardly unique to literature.

21 Ways Rich People Think Differently Than Average People World’s richest woman Gina Rinehart is enduring a media firestorm over an article in which she takes the “jealous” middle class to task for “drinking, or smoking and socializing” rather than working to earn their own fortune. What if she has a point? Steve Siebold, author of “How Rich People Think,” spent nearly three decades interviewing millionaires around the world to find out what separates them from everyone else. How to Break the Procrastination Habit In the name of emotional well-being, college students are increasingly demanding protection from words and ideas they don’t like. Here’s why that’s disastrous for education—and mental health. Something strange is happening at America’s colleges and universities. A movement is arising, undirected and driven largely by students, to scrub campuses clean of words, ideas, and subjects that might cause discomfort or give offense. Last December, Jeannie Suk wrote in an online article for The New Yorker about law students asking her fellow professors at Harvard not to teach rape law—or, in one case, even use the word violate (as in “that violates the law”) lest it cause students distress.