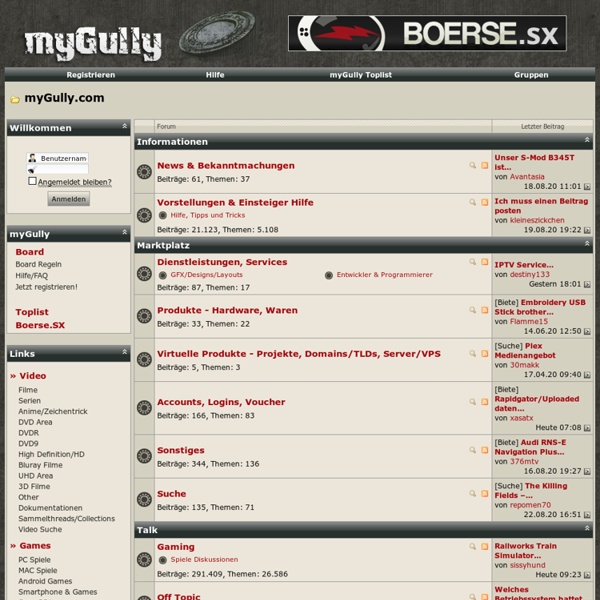 New Hip Hop Songs - Get Rap R&B and New HipHop songs updated daily! 30 Fantastic Websites To Lose Yourself In If you follow me on Twitter you might know that I moved to London last September. You might also know that since then I’ve had nothing but trouble trying to get an Internet connection set up in my home. Fortunately, last week I finally got everything up and running and to mark my triumphant return to the world of the Internet I went a little crazy and shared 30 of my favourite websites on Twitter. The majority of them are single-serving sites. 1. 2. 3. 4. 5. 6. 7. 8. 9. 10. 11. 12. 13. 14. 15. 16. 17. 18. 500 Letters Artists. 19. 20. 21. 22. 23. 24. 25. 26. 27. 28. 29. 30. UK Bonus Tracks As a cheeky extra here’s some extra links I tweeted which are pretty cool for those like me who live in London: Are the any good films on iPlayer? Live Map of London Underground Trains Exactly as the name suggests. The London Bookshop Map A site set up to promote independent bookshops.

ShareMiner.com Kinox.to - Best Online Movie Streams - Kostenlos Filme online und Serien anschauen Hermeticism Not to be confused with Hermit. Hermeticism, also called Hermetism,[1][2] is a religious and philosophical/esoteric tradition based primarily upon writings attributed to Hermes Trismegistus ("Thrice Great").[3] These writings have greatly influenced the Western esoteric tradition and were considered to be of great importance during both the Renaissance[4] and the Reformation.[5] The tradition claims descent from a prisca theologia, a doctrine that affirms the existence of a single, true theology that is present in all religions and that was given by God to man in antiquity.[6][7] Many Christian writers, including Lactantius, Augustine,[8] Thomas Aquinas[citation needed], Marsilio Ficino, Giovanni Pico della Mirandola, Giordano Bruno, Campanella, Sir Thomas Browne, and Emerson, considered Hermes Trismegistus to be a wise pagan prophet who foresaw the coming of Christianity.[9][10] History[edit] Late Antiquity[edit] Renaissance[edit] Philosophy[edit] Prisca theologia[edit] "As above, so below."

Vertor.com Startseite - xREL.v3 - Release & NFO Source #1 Study Determines This Is the Most Relaxing Song Ever Looking for something to help you relax before bed that doesn't involve popping a pill? You might want to load up your iPod with a song by Manchester band Marconi Union. Sound therapists were able to rate ten of the most relaxing songs, with Marconi Union's 8 minute trance-inducing tune, "Weightless", coming out on top thanks to its continuous rhythm of 60 BPM, an ideal tempo for synchronization with the heart and brainwaves, making it an ideal audio accompaniment for a good night's rest. Listen to it after the jump… Lyz Cooper, founder of the British Academy of Sound Therapy notes: "While listening, your heart rate gradually comes to match that beat. The harmonic intervals - or gaps between notes - have been chosen to create a feeling of euphoria and comfort. • 10 Simple Things to Make You Happier at Home • Your Weekly Retreat: How To Relax & Eliminate Stress at Home • 4 Goals to Boost Happiness at Home • Simple Ways to Relax and Enjoy Hosting

Home - Speedlounge.in 10 Psychology Tricks You Can Use To Influence People Before we get started, it’s important to note that none of these methods fall under what we would term the dark arts of influencing people. Anything that might be harmful to someone in any way, especially to their self esteem, is not included here. These are ways to win friends and influence people using psychology without being a jerk or making someone feel bad. Trick: Get someone to do a favor for you—also known as the Benjamin Franklin effect. Legend has it that Benjamin Franklin once wanted to win over a man who didn’t like him. Scientists decided to test this theory and found that those who were asked by the researcher for a personal favor rated the researcher much more favorably than the other groups did. Trick: Ask for way more than you want at first then scale it back later. This trick is sometimes known as the door in the face approach. Trick: Use a person’s name, or their title depending on the situation. Trick: Flattery will actually get you everywhere. Offer They Can’t Refuse

Releaselog HD-Area.org 100 Websites You Should Know and Use (updated!) Entertainment Meet David Peterson, who developed Dothraki for Game of Thrones There are seven different words in Dothraki for striking another person with a sword. Among them: “hliziﬁkh,” a wild but powerful strike; “hrakkarikh,”a quick and accurate strike; and “gezrikh,” a fake-out or decoy strike. But you won’t find these words in George R. Culture My Year of TED: How 54 talks changed a life By Kylie Dunn What do you get when you cross a 39-year-old perfectionist with 54 TED Talks and far more honesty than any person probably needs to experience?