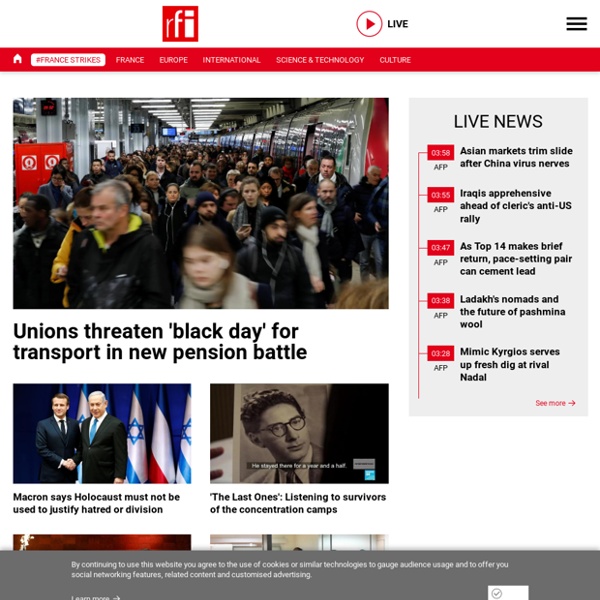 Omahyra Mota par Ellen Von Unwerth pour Casadei 50e anniversaire dominicanfashionmodels Share this: Like this: Leave a Reply Follow Get every new post delivered to your Inbox. 10 Animals You Had No Idea Existed 10 Ships with Unusual Large Cargo Heavy lift vessels are quite amazing vessels, built to load, carry and discharge large, unusual shaped cargoes (or even smaller vessels) that will simply not fit inside the holds of conventional vessels. Unusual cargoes can include power plants, submarines, desalination units,oil platform, generators and yachts. les accents The acute accent (´), l'accent aigu, and the grave accent (`), l'accent grave, are used to indicate the quality of the vowel sound represented by the letter e. A. Listen to each example and repeat. When used with letters other than e, the accent grave does not indicate a sound difference but serves to distinguish different words which have the same spelling but different meanings. The circumflex (ˆ), l'accent circonflexe, arose historically as a marker for vowels which were followed by another letter (usually s) in an earlier state of the language: The cedilla (ç), la cédille, is used only with the letter c to indicate the sound /s/ when it is followed by the letters a, o, or u: The cedilla is not used with the letters e and i: The dieresis (¨), le tréma, is used with vowels to indicate that they are pronounced separately from a preceding vowel:

Claudia Galanti par Roberto Rocco pour Formen 2010 best-topmodel Share this: Like this: Leave a Reply Paparazzi! How an unloved profession has shaped us The French call them images volées or "stolen images". They are the paparazzo's stock-in-trade: a blurred photograph of a celebrity getting out of a car, hands obscuring their face, a famous person playing with their child in a park viewed through a grainy telephoto lens or a nubile young starlet sunbathing on the deck of a private yacht on holiday. The "stolen" nature of these images – and the associated implication of a predatory force capturing something the subject wishes to keep closely guarded – is explored in a major new exhibition at the Pompidou Centre in Metz in the north-east of France. Paparazzi! Photographers, Stars and Artists seeks to examine the modus operandi of some of the most successful paparazzi photographers of the last 50 years and to unpick the complex reciprocal ties that bind together photographer and subject.

Daisy Lowe by Max Farago for Paradis Magazine unusualyoung Share this: Like this: Like Loading... Related The 20 Types of Snapchat Selfie Snapchat has become a bit of a sensation during the past year. Over a quarter of smartphone users now have that little smiling ghost icon on their menus. But when you consider the concept of the app, and take a take a look at the kinds of snaps that are exchanged on a regular basis, it does bring into question the reason for its appeal.