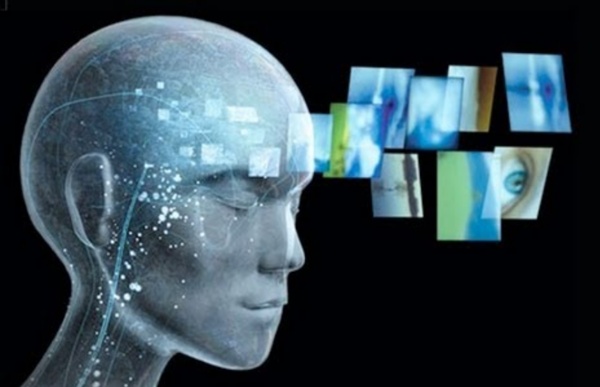 Free will is back, and maybe we can measure it – Stephen Cave The cat is crouched low to the ground, whiskers brushing grass. It inches forward in minute movements, eyes drilling towards two sparrows just ahead. It tenses, set to spring. The birds prance like sparring boxers, unaware. Brain Training Web-based personalized training program Enhance memory and attention Improve your productivity Train your brain with 'serious fun' games Games selected to your cognitive profile Empower Your Brain Play brain training games to improve: memory concentration thinking speed

Why can’t the world’s greatest minds solve the mystery of consciousness? One spring morning in Tucson, Arizona, in 1994, an unknown philosopher named David Chalmers got up to give a talk on consciousness, by which he meant the feeling of being inside your head, looking out – or, to use the kind of language that might give a neuroscientist an aneurysm, of having a soul. Though he didn’t realise it at the time, the young Australian academic was about to ignite a war between philosophers and scientists, by drawing attention to a central mystery of human life – perhaps the central mystery of human life – and revealing how embarrassingly far they were from solving it. The scholars gathered at the University of Arizona – for what would later go down as a landmark conference on the subject – knew they were doing something edgy: in many quarters, consciousness was still taboo, too weird and new agey to take seriously, and some of the scientists in the audience were risking their reputations by attending. Such non-conscious humanoids don’t exist, of course.

What Is Consciousness? Neuroscientist May Have Answer to the Big Question Photo Credit: Shutterstock.com/Lightspring The following is an excerpt from the new bookConsciousness and the Social Brain by Michael S. A. Graziano (Oxford University Press, 2015): Shop ▾ I was in the audience watching a magic show. Lateral Thinking Puzzles Lateral thinking puzzles that challenge your preconceptions. 1. You are driving down the road in your car on a wild, stormy night, when you pass by a bus stop and you see three people waiting for the bus: 1. An old lady who looks as if she is about to die. 2. 9 Pictures That Prove Indians Are One Of The Most Innovative People In The World Indians are probably the most innovative people in the world. Why do I say this? Well sure, people all over the world are innovative. But nowhere does innovation blossom in as adverse circumstances and with as few resources as it does in India. Call it inventiveness or jugaad, but Indian innovation is a force to be reckoned with in situations both big and small. 1.

How and why exactly did consciousness become a probl... Growing up in Australia, I loved to lie on the grass, immersed in the scent of wattles, and stare up at the sky. A sky like no other; a deeper, richer shade of blue than anywhere else I have been – and I’ve travelled on all seven continents, including Antarctica. Australians speculate that the colour of our sky results from its unusually thin ozone layer, a physical anomaly leading to sensory saturation. Everyone agrees that the sky is blue, but how could I know that what I experience as blue isn’t what you experience as red? Philosophers have long been similarly perplexed. Rubiks Cube Solver Couldn't figure out how to solve your Rubik's Cube? Just set the colors of the mixed puzzle, hit the solve button and follow the steps leading to the solution. What can you do with this program? Solve your scrambled Rubik's Cube - if you have a cube you couldn't solve for a long time this program will help you for sure. Play online - hit the scramble button and try to solve it online with the allocated buttons or your keyboard. Generate Rubik's Cube images - you can save the scrambled cube as a picture clicking on the 'Generate image' checkbox.

A Quantum Theory of Consciousness May Require a Paradigm Shift in Biology Abstract It is often assumed that the known physical laws form a closed system and are complete. It is also assumed that biological theories require no additional principles that are fundamental other than those we already know. Assumptions such as these are acting as a barrier to progress in biological theories and an understanding of consciousness. This paper examines the unexplained inconsistencies among fundamental particles and forces and the fundamental gaps in our knowledge of biology and the cell in particular that may impact on such progress.

Do we really want to fuse our brains together? — Aeo... You already know that we can run machines with our brainwaves. That’s been old news for almost a decade, ever since the first monkey fed himself using a robot arm and the power of positive thinking. Nowadays, even reports of human neuroprostheses barely raise an eyebrow. Brain-computer interfaces have become commonplace in everything from prosthetic vision to video games (a lot of video games; Emotiv and NeuroSky are perhaps the best-known purveyors of Mind Control to the gaming crowd) to novelty cat ears that perk up on your head when you get horny. 8 Things About Concentrating “Music helps me concentrate,” Mike said to me glancing briefly over his shoulder. Mike was in his room writing a paper for his U.S. History class.

An Error Occurred Setting Your User Cookie This site uses cookies to improve performance. If your browser does not accept cookies, you cannot view this site. Setting Your Browser to Accept Cookies There are many reasons why a cookie could not be set correctly.