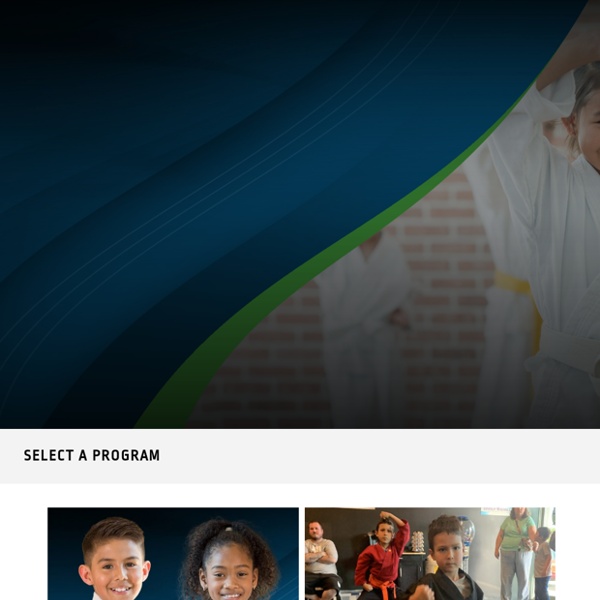 Trump calls GOP coronavirus proposal 'semi-irrelevant' as deal appears far off President Trump on Tuesday called the Senate Republicans' coronavirus relief package "semi-irrelevant" when asked whether he supported the legislation at a news conference, underscoring the deep divides between the White House, congressional Republicans and congressional Democrats as lawmakers scramble to pass something in the coming days. At the end of this week, extra unemployment benefits approved in previous legislation will expire just as millions of Americans will need to pay their rent. Yet Senate Republicans are struggling to rally behind their own $1 trillion proposal, as negotiations with Senate Democrats are set to ramp up. Then the bill will have to clear the Democrat-controlled House, which passed its own $3 trillion billion bill in May. Trump appeared to be attuned to that reality when asked whether there were any provisions in the GOP proposal that he doesn't support. "Yeah, there are, actually," Trump said.

Trump campaign considering possible convention acceptance speech from White House lawn The Trump Campaign is considering the possibility of having President Trump deliver his convention acceptance speech from the South Lawn at the White House, a source familiar with the talks told Fox News on Tuesday. The source noted it’s just one of several options the campaign is considering, but told Fox News nothing has been finalized. The discussions come as the convention details remain in flux, and as the campaign and the Republican National Committee continue to adjust their plans amid the coronavirus pandemic. Last month, the Trump campaign and the RNC dramatically downscaled the convention by canceling planned celebratory events in Jacksonville, Fla., amid a surge in cases in the state, and refocused their attention to convention business back in the original convention site of Charlotte, N.C. The Washington Post first reported the South Lawn as a possible location for Trump’s nationally televised nomination acceptance speech. Fox News’ Paul Steinhauser contributed to this report.

US accuses Russia of conducting sophisticated disinformation and propaganda campaign Wednesday's report focuses in particular on the Russian government's use of this network to push disinformation about the coronavirus pandemic as it spread across the globe. It does not mention Russian disinformation in the context of the 2020 US presidential election as it falls outside of the mandate of the Department's Global Engagement Center (GEC), which focuses on foreign propaganda and disinformation aimed at foreign audiences. However, on the same day the report was released, the Department unveiled "a reward of up to $10M for information leading to the identification or location of any person who, acting at the direction or under the control of a foreign government, interferes with US elections by engaging in certain criminal cyber activities," in the words of Secretary of State Mike Pompeo. "The Kremlin bears direct responsibility for cultivating these tactics and platforms as part of its approach to using information as a weapon," the report says.

Trump issues orders banning TikTok and WeChat from operating in 45 days if they are not sold by Chinese parent companies The orders, which use similar language, do not state that a certain amount of money from the sale needs to be sent to the US Treasury Department, which the President has been insisting on for several days. The order regarding TikTok prohibits after 45 days "any transaction by any person, or with respect to any property, subject to the jurisdiction of the United States, with ByteDance Ltd.," the Chinese company that owns the social media platform. The move turns up the pressure on negotiations over the popular video app's future through a potential sale. The dramatic back and forth began when Trump said last Friday night that he would ban TikTok from operating in the United States using emergency economic powers or an executive order.

Bend, Oregon activists block ICE bus, prompting federal agents' response Federal agents in Bend, Ore., clashed with hundreds of protesters late Wednesday night after an hourslong standoff sparked by the arrest of two men by U.S. Immigration and Customs Enforcement officers, who said they were a "threat to the public." Bend's episode, which is about a three-hour drive from Portland, was the latest in tensions among protesters, local police and federal agents. "I’ve never been so disgusted by my government and so proud of my community," Deschutes County District Attorney John Hummel, who attended the protest, wrote on Twitter. Protesters blocking an unmarked ICE bus hold up their hands as federal agents arrive in Bend, Ore. (Garrett Andrews/The Bulletin)

UConn students party during coronavirus pandemic, get kicked out of dorms Several University of Connecticut students were kicked out of their dorm rooms this week after videos on social media showed them at a crowded party with no masks and even less social distancing amid the coronavirus pandemic. Most UConn students have cooperated with strict health and safety guidelines since returning to campus last Friday, but some haven’t, university President Tom Katsouleas and Provost Carl Lejuez said in a letter to the campus community Wednesday. “Many of you are aware of a party in a residence hall that violated our health and safety rules; as a result, the students involved have been removed from campus housing,” Katsouleas and Lejuez wrote. “Separately, over the weekend, seven students were written up for minor infractions.

California fires: Firefighters struggle to contain 560 blazes Hundreds of active fires, including more than 20 major ones largely sparked by a blitz of lightning in recent days, already have burned around 1 million acres, according to Cal Fire officials. Firefighters are worried about forecasts that say dry thunderstorms -- featuring lightning but little rain -- could spark more fires and spread existing ones Sunday through Tuesday. "What we're worried about is what happens after Sunday, if we do get more lightning strikes and fires," Cal Fire Battalion Chief Lucas Spelman said Saturday. "What's it going to mean for firefighters who could be on the lines for two, three weeks, even a month? "Because not only will they have been dealing every day with the heat, smoke and flames, but also physical exhaustion. Mental exhaustion, too."

Two US soldiers killed in California training incident The names of the soldiers have been withheld pending next-of-kin notification. Army Special Operations Command said that "an aircraft incident occurred" and that the area has been secured while an investigation into the incident is underway. "Our sincere condolences go out the families and friends of the deceased. We thank you for not contacting them during this difficult time." It marks the second fatal US armed forces training incident in California this summer. Idaho, special prosecutor motion to join Chad Daybell, Lori Vallow cases Prosecutors in Idaho want to join the criminal cases against Chad Daybell and his wife, Lori Vallow, the mother of two children whose remains were found at Daybell's home. Special prosecutor Rob Wood and the state of Idaho moved to join the cases, reasoning both defendants participated in the same series of acts, according to court documents obtained by KSAZ-TV. "Charges against defendant & the co-defendant allege they participated in same act or series of acts & conspired to commit the alleged act or series of acts," the motion reads. Idaho prosecutors are asking a judge to join the cases against Lori Vallow and her husband Chad Daybell.

Bloomberg, ‘iced out’ of Biden campaign, pumps up influence nationally and locally Bloomberg adviser Doug Schoen discusses Mike Bloomberg’s former candidacy and effort to support Joe Biden for the presidency. Billionaire Mike Bloomberg may be out of politics, but that doesn't mean he's not working behind the scenes to influence the U.S. presidential election and the New York City mayoral race, FOX Business has learned. Bloomberg, a Wall Street veteran and founder of the eponymous financial data and news outfit Bloomberg LP, served three terms as New York City's mayor before launching a short-lived campaign to be the Democratic Party's 2020 presidential nominee. Since pulling out of the race, he has -- at least publicly -- remained out of the national spotlight, although he did speak at the party's virtual convention last month when former Vice President Joe Biden was officially nominated to run against President Trump in November. Privately, however, Bloomberg appears to be more active nationally and locally.

Uluru climb pictures to be removed from Google after Australia complains Google Maps currently hosts several user-uploaded images from the top of the site, taken before the ban came into place, as well as a Street View path recorded by a climber in 2018. But Parks Australia, which looks after the country's natural treasures, has asked the tech giant to take down pictures uploaded by users after complaints from the Anangu Aboriginal people, Uluru's traditional owners. Tourists were prohibited from traversing the sacred site in late 2019 after the Anangu people said it was being trashed by visitors eroding its surface, dropping rubbish and polluting nearby waterholes. Tourists climb Uluru before the ban came into place. TORSTEN BLACKWOOD/AFP/AFP/Getty Images