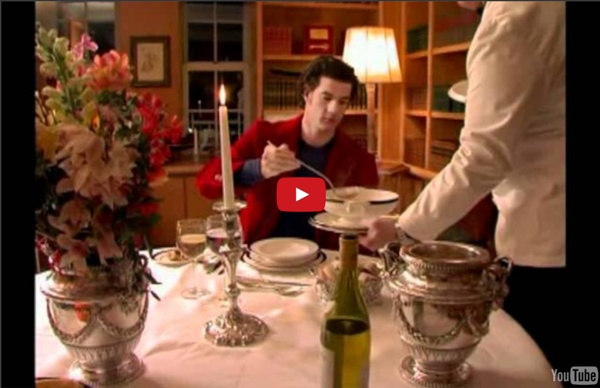 Documentary Heaven | Watch Free Documentaries Online Encore: How Do Conservatives and Liberals See the World? BILL MOYERS: This Week on Moyers and Company. JONATHAN HAIDT Politics is really religion. Politics is about sacredness. BILL MOYERS: Welcome. People I meet on the left, on the right and in the middle agree on one thing: our country is in a mess, and our politics are not making it better. But as the ship of state is sinking, the crew is at each other’s throats, too busy fighting to plug the holes and pump out the water. On that cheery note, listen to this fellow. JONATHAN HAIDT: Suppose that two American friends are traveling together in Italy. If you know about this trait you can understand a lot of puzzles about human behavior. BILL MOYERS: Jonathan Haidt has taken the core of that speech which you can see at our website BillMoyers.com, and turned it into an important and timely book, “The Righteous Mind: Why Good People are Divided by Politics and Religion,” to be published in March. Welcome. JONATHAN HAIDT: Thank you, Bill. BILL MOYERS: What do you mean righteous mind? BILL MOYERS: By?

Robert Capa - In Love And War | People Documentaries A documentary about the life of famed war photographer Robert Capa. As far as war heroes go, one who seems to be largely unremembered by the rank and file is Robert Capa. When he stepped on a landmine in Vietnam and died age 42, he’d been on the front lines of every major battle of the previous twenty years, having developed over 70,000 negatives of wartime imagery. He saw it all, a man get his head blown off as he snapped the guy’s picture, death and destruction, bravery and cowardice. A Hungarian-born photographer who lost his one true love to an out-of-control enemy tank, Frank Capa wasn’t actually born, he was created. In time, Capa became one of the elite photographers in the world, but the rise of fascism in Europe began to press on everyone’s life, especially his own. And he didn’t just survive, he brought back pictures that have become historic records of the time.

Vagina is a 6 Letter Word « Margaret and Helen Margaret, for the life of me I cannot understand how Republican politicians can be so fixated on telling women what we can and cannot do with our bodies but then be so incensed that we would actually use the medically correct term to describe our front butt. Yes. Front butt is what my granddaughter called it until her mother instructed her to call it by the more appropriate term, pee pot. I, of course, corrected both of them and called it her num num. Of course I’m being silly Margaret, but this war on women that the Republican Party has waged has risen to the level of absurdity. It’s a vagina. Sometimes we call it a hoo ha, but really if Representative Brown had said hoo ha when discussing a piece of Republican legislation written to limit a woman’s access to a safe, legal abortion, I think women everywhere would have been embarrassed for her. For the record men don’t have one. For the record, my vagina pays taxes. I’m sorry Margaret. You’re not making me uncomfortable dear. Like this:

The Common Denominator of Right Wing Policy: Lost Lives « Art on Issues Looking back at my research and writing on conservative special interest-driven policies, a common denominator emerges – without exception. Regardless of the area (opposing reform of our gun markets while expanding public exposure to weaponry; opposing healthcare reform; continued support for financial deregulation and supply-side tax policies; discriminatory treatment of the LGBT community; and another to be included in this article, science denial regarding global warming), all are continuing to be pursued despite the well-documented, and often substantial, loss of American lives. And in some cases, e.g., our gun market and global warming, the loss of life extends beyond our borders. A synopsis of each of the above mentioned special interest-driven areas follows. Special Interest-Driven Areas Gun Laws (ref) (ref) The loss of life also extends beyond our borders into Mexico where tens of thousands of individuals have been killed at the hands of heavily armed drug cartels. Global Warming

Rule Britannia Boy Racer Watch as we traverse the moonlit A-roads of Britain to embed with one of the most notorious and misunderstood youth subcultures of the last 30 years: the boy racer scene—a spotlight on what kids in souped-up cars are doing in every town in the UK. Debt Collector Ten years ago Shaun Smith was an enforcer for one of the biggest crime families in Liverpool and embroiled in a war against a rival drug gang. Shaun introduced urban terrorism to the British underworld. The Deer Hunter Rule Britannia is our new series about the manifold wonders of Old Blighty.

25: The State of the States Thursday was a busy day for the polls, with some bright spots for each candidate. But it made clear that Barack Obama maintains a narrow lead in the polling averages in states that would get him to 270 electoral votes. Mr. Obama also remains roughly tied in the polls in two other states, Colorado and Virginia, that could serve as second lines of defense for him if he were to lose a state like Ohio. The day featured the release of 10 national polls, but there was little in the way of a consistent pattern in them. On average, the polls showed a tied race. Mr. This tally exaggerates the lopsidedness of the polling a bit, since the state polls released on Thursday were something of a Democratic-leaning bunch, some of which had shown strong numbers for Mr. Mr. Among the 10 polls that provided for a comparison to another poll conducted after the Denver debate, Mr. Whether Mr. At the same time, Mr. In addition, the outcome is more certain when the polls are more consistent with one another.

Films For Action | Watch Over 1000 Free Videos Hand-Picked to Change the World The Next Financial Crisis Is Coming, And There's Only One Way To Stop It The world of high finance is an astonishingly complicated one, but the rules that govern it (or fail to, as is currently the case) are critically important to the future of the United States. In this video, Bill Moyers and former TARP special inspector Neil Barofsky give us a rare inside look at the hidden war for America's financial future. The whole video is worth a watch, but here's the highlight reel for those in a hurry: At 2:39, we learn that the Bush and Obama administrations have more in common than many Americans would care to admit. At 5:11, we learn how the banks became "too big to jail," and at 9:11, we find out why this attitude makes the next financial crisis "inevitable."