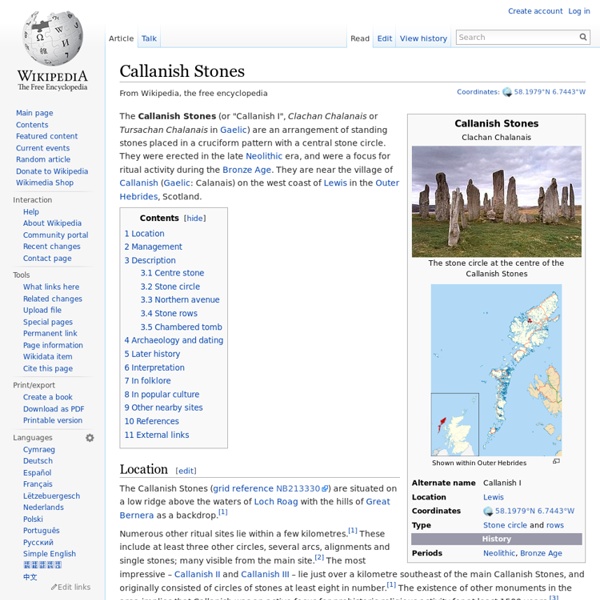 post-and-lintel system (architecture) -- Encyclopedia Britannica post-and-lintel system, in building construction, a system in which two upright members, the posts, hold up a third member, the lintel, laid horizontally across their top surfaces. All structural openings have evolved from this system, which is seen in pure form only in colonnades and in framed structures, because the posts of doors, windows, ceilings, and roofs normally form part of the wall. The lintel must bear loads that rest on it as well as its own load without deforming or breaking. Brick or stone, weak in tensile strength (inelastic and brittle), can provide only a short lintel; steel can be used for long lintels. The posts must support the lintel and its loads without crushing or buckling.

Silent summer: No wolf pup yips heard on Isle Royale On the largest island in Lake Superior, scientists gather year after year to study the dynamics between wolves and moose. For forty years, the scientists have come to take part in this iconic predator-prey study, and for forty years the sound of high-pitched yips have greeted their ears, heralding a new generation of wolf pups. That is, until last summer. It was a summer without yips. Aerial surveys supported the implications of that silent summer—the wolves of Isle Royale did not produce pups. Physical abnormalities had already been witnessed in the wolves. The situation has left conservation biologists to ponder whether or not they should intervene. A genetic rescue would not only be for the sake of the study of these wolves but for the island as well. The study has become the world’s longest running on predator-prey dynamics and is one of science’s most famous data sets.

siiissteer (jacelin)!!!:) Roman Painting | Thematic Essay The history of Roman painting is essentially a history of wall paintings on plaster. Although ancient literary references inform us of Roman paintings on wood, ivory, and other materials, works that have survived are in the durable medium of fresco that was used to adorn the interiors of private homes in Roman cities and in the countryside. According to Pliny, it was Studius "who first instituted that most delightful technique of painting walls with representations of villas, porticos and landscape gardens, woods, groves, hills, pools, channels, rivers, and coastlines." The majority of Roman frescoes were found in Campania, in the region around the Bay of Naples. Art historians and archaeologists describe the development of Roman painting in four styles. The Second Style (03.14.13a-g) in Roman wall painting emerged in the early first century B.C., during which time fresco artists imitated architectural forms purely by pictorial means.

11 Colorful Phrases From Ancient Roman Graffiti When the cities of Pompeii and Herculaneum were suddenly consumed by the eruption of Mount Vesuvius in 79 C.E., many of their buildings were so intimately preserved that modern archaeologists can even read the graffiti scribbled onto their ancient walls. See if any of these remind you of a twenty-first century bathroom. 1. “Philiros spado.” "Phileros is a eunuch." 2. “ Lucius Pinxit .” " Lucius wrote this." 3. “Apollinaris, doctor to the emperor Titus, had a good crap here.” 4. “Oppius, you’re a clown, a thief, and a cheap crook.” 5. “We have wet the bed. 6. “Virgula to Teritus: You are a nasty boy.” 7. "Epaphra, you are bald." 8. “If only similar swindling would dupe you, innkeeper: you sell water, and drink the undiluted wine yourself.” 9. “The petty thieves request the election of Vatia as adele.” 10. “Celadus makes the girls moan.” 11. “I wonder, O wall, that you have not yet collapsed, so many writers’ clichés do you bear.”

Jerusalem's Mysterious Well of Souls The answer to one of the world's most stubborn mysteries may lie hidden on the site of the destroyed Jewish Temple—under a historic Islamic shrine, beneath a bedrock outcropping of utmost significance to the three major monotheistic religions, and in a secret chamber below an underground cave. The Well of Souls, thought to be located on the Jerusalem site known to Jews as the Temple Mount and to Muslims as the Noble Sanctuary, may contain the fabled and elusive Ark of the Covenant. This is the sacred vessel that, according to biblical account, contained the original Ten Commandments tablets that God gave to Moses at Mount Sinai as the ancient Israelites wandered the desert. In Raiders of the Lost Ark, the intrepid Indiana Jones finds the Ark of the Covenant in a room called the Well of Souls, though in the Hollywood version the site was relocated from Jerusalem to the ancient Egyptian city of Tanis. No Archaeological Evidence Shimon Gibson, senior fellow at the W. Unlikely Survivor

Ueno Park, Sakura Picture perfect for this picnic. Wish I could have sat down and joined in. Beautiful Sakura. So many people enjoying themselves, whether they were sitting down and drinking or just walking on by. Japanese life under the Sakura wave The empty bottles are lined up, the drawings left behind. Cameras out in force to document the great scene for many. Lots of happy hanami revelers. Plenty of blue tarpaulin laid out for the lucky ones who have reserved their spot. Rilakkuma slippers waiting for their owners to claim the space. Somebody get that dog a beer ! So many different groups of people coming together to watch the sakura. The sakura trees seem to come together to form a sea of cherry blossoms. The crowds always come to Ueno Park to see the sakura at this time of year. Local Shrine with some nice red color. As at any good matsuri, there is always plenty to eat. A mixture of many things. Tasty corn ready to go. These looked really tasty. Lots of heads bobbing along the road. Pretty in pink.

Venus of Hohle Fels 2 views of the Venus of Hohle Fels (true height 6 cm (2.4 in)) The Venus of Hohle Fels (also known as the Venus of Schelklingen; in German variously Venus vom Hohlen Fels, vom Hohle Fels; Venus von Schelklingen) is an Upper Paleolithic Venus figurine hewn from ivory of a mammoth tusk found in 2008 near Schelklingen, Germany. It is dated to between 35,000 and 40,000 years ago, belonging to the early Aurignacian, at the very beginning of the Upper Paleolithic, which is associated with the earliest presence of Cro-Magnon in Europe. It is the oldest undisputed example of human figurative prehistoric art yet discovered, in terms of figurative art only the Zoomorphic Lion man is older. In 2011, the figure is still being researched in the University of Tübingen, though there are plans to house it and other discoveries from the region in a planned new museum in Swabia.[1] Context[edit] Discovery[edit] The discovery of the Venus of Hohle Fels by the archaeological team lead by Nicholas J. Use[edit]

Heaven On Earth (8 Pics) For more fun facts, click HERE. Lion man of the Hohlenstein Stadel Löwenmensch - a lion-headed figurine found in Germany and dating to the Upper Paleolithic. (about 40,000 BCE) A lion-headed figure, first called the lion man (German: Löwenmensch, literally "lion human"), then the lion lady (German: Löwenfrau), is an ivory sculpture that is both the oldest known zoomorphic (animal-shaped) sculpture in the world, and the oldest known uncontested example of figurative art yet discovered. The sculpture has also been interpreted as anthropomorphic, giving human characteristics to an animal, although it may have represented a deity. The figurine was determined to be about 40,000 years old[1] by carbon dating material from the same layer in which the sculpture was found. It is associated with the archaeological Aurignacian culture.[2] The sculpture is 29.6 cm (11.7 inches) in height, 5.6 cm wide, and 5.9 cm thick. History[edit] Originally, the figure was classified as male by Joachim Hahn. Interpretation is very difficult. References[edit] External links[edit]