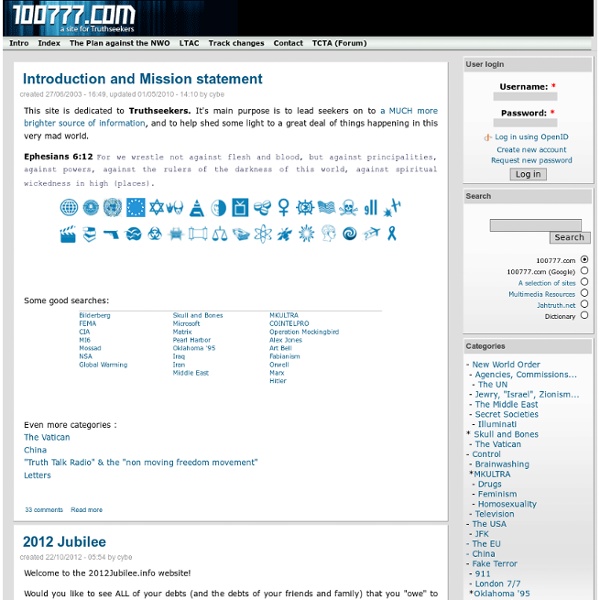 Related:  The Truth Is Out There

The 7 Most Sexually Deviant Creatures in Folklore Human history is rife with monsters, devils, and things that go bump in the night. It also has its fair share of things that go hump in the night. And let's be reasonable; sexual terror is a real and powerful thing. A monster is ever-so-slightly scarier if it violates you in some way. And maybe that's what people were thinking about when they crafted this handful of ghouls who aren't content to just hide under your bed or stab you at summer camp -- they want to give you the bad touch and make you feel worse about yourself than you normally would when a supernatural monster starts eating you. #7. PumpizoldA/iStock/Getty Images From Hungary, where they have too much time for putting details into their perverted monsters, comes the liderc. When the egg hatches, the liderc is born. Anyway, regardless of what and who the liderc looks like (Some stories say it has one chicken leg it keeps hidden in its pants. Incidentally, there are also a couple of other lidercs out there. #6. #5. #4.

8 grossest things Bear Grylls has consumed Bear Grylls is one tough dude. Best known for his television series "Man vs. Wild," the 37-year-old was the youngest Briton to climb Mount Everest (when he was 23) and was a member of the U.K. Special Forces. In addition to his climbing feats, Bear has crossed the North Atlantic in an inflatable boat, circumnavigated the U.K. on a jet ski, paramotered over both Mount Everest and Angel Falls in Venezuela, and even once rowed for 22 miles, naked, in a homemade bathtub along the Thames River to raise money for a friend who had been badly injured in a climbing accident. Bear was introduced to most Americans through "Man vs. He has gained a reputation for his willingness to eat and drink just about anything remotely edible that crosses his path (including, famously, his own urine). Rhino beetle (click photo to watch) In this clip, Bear gets lucky and comes up with a rhino beetle, heavily armored but best known for its rhino-horn like protuberance. Bear eats and sleeps in a rancid camel

Interesting strange facts, interesting facts, strange facts The Bitterroot Footage My name is Chad. I'm a student at a university in New York. I just moved to a studio apartment and needed some furniture. An old wooden box caught my attention. The film was pretty damaged so I just kept it on my bookshelf as decoration, but I couldn't get the images of the pictures out of my head. With help from Dario, we got an old 8mm projector in good working condition on Ebay. I asked my friend to help me make this website so I can share my findings. Wooden Box and photos Open Box with film can and photos One of the photos The projector we're using with plastic reels. Footage online The Photos are online as I promised. Main Page

Tunguska event Coordinates: The Tunguska event was a large explosion, caused by an asteroid or comet, which occurred near the Podkamennaya Tunguska River in what is now Krasnoyarsk Krai, Russia, at about 07:14 KRAT (00:14 UT) on June 30 [O.S. June 17], 1908.[1][2][3] The explosion occurred at an altitude of 5–10 kilometres (3–6 mi) at 60.886°N, 101.894°E. It is classified as an impact event even though the object is believed to have burst in the air rather than hit the surface.[4] Different studies have yielded widely varying estimates of the impacting object's size, on the order of 60 m (200 ft) to 190 m (620 ft).[5] It is the largest impact event on or near Earth in recorded history. Since the 1908 event, there have been an estimated 1,000 scholarly papers (mainly in Russian) published on the Tunguska explosion. Description[edit] Trees knocked over by the Tunguska blast. The explosion registered at seismic stations across Eurasia. Selected eyewitness reports[edit] Testimony of S. Kezhemskoe village.

- StumbleUpon This is about the synchronicity number 23, and thus about the phenomena of synchronicity in general. To write about this topic objectively is impossible, as all experiences are necessarily subjective, involving as they do the element of consciousness, which cannot be instrumented. This is perhaps a study in the affirmation that any assertion of an objective observer is inherently impossible, and yet at the same time there is a deeply imbedded pattern of coherency in all that we regard as random. Randomness itself is nothing more than a pattern of deeply imbedded complexity of order; an order so complex it is not immediately discernible or obvious. Indeed the often heard rational defense, "that was just a coincidence," is itself an acknowledgment that we have just discerned a pattern, but because there is no immediately obvious path of mechanistic causation behind it, we are consciously choosing to refuse to acknowledge the primary data.

The Hollow Earth While most of us would like to coincide with the general idea that life evolves under only certain criteria we have been conditioned to understand, there are some who know the seeming void is teeming with consciousness ... among the many other worlds that are, there exists a world inside earth, subterranean cities where flourish descendants of advanced civilizations from an ancient time. The ones from Atlantis and Lemuria who retreated from the face of the planet escaping inevitable peril due to the great flood and the use of destructive nuclear technology are among the many other civilizations you will find down there ! The first public scientific evidence occurred in 1947 when Rear Admiral Richard E. Byrd of the United States Navy flew directly to the North Pole and instead of going over the pole, actually entered the inner earth through the North Pole opening. They escorted him to a safe landing place and he was graciously greeted by emissaries from Agartha. He writes,

Curse of the Iceman |Futility Closet In 1991, a pair of German tourists discovered the frozen corpse of a Copper Age man in the Alps, where it had apparently lain undisturbed since 3,300 B.C. “Ötzi” had died in a fight, it seems: A CAT scan found an arrowhead in one shoulder, and he had bruises and cuts on his hands, wrists, and chest. DNA analysis also found blood from four other people on his gear. If he was ornery in life, apparently his ghost was worse. Have investigators unleashed a mysterious curse, like that of King Tutankhamen? He died in April 2005. 5 Conspiracy Theories That Turned Out to be True There are types of stories called “conspiracy theories” and the people who teach them are considered by “society” as crazy fanatics who often need medical treatment. What if I tell you that “society” should take some of that medical treatment, because sometimes such incredible stories that nobody believed in, turn out to be 100% true. What if I tell you that the doctors did not treat us, just wait until we die to cut our bodies? 1. Tuskegee syphilis experiment In the years 1932-1972, there were a series of experiments on about 400 syphilis-infected black citizens of the United States. The sad truth about the Tuskegee Experiment was confirmed in 1997 by President Bill Clinton, who officially and publicly apologized to the eight surviving participants in these studies. What if I tell you that the U.S. government itself commits “acts of terror” on its land, just to have an excuse to invade another country? 2. In 1997, as a result of the murder of J.F. See the full document for yourself here 3.

The Ninth Gate “Invitation to Dance - It’s a Dance. And sometimes they turn the lights off in this ballroom. But we’ll dance anyway, you and I. Even in the Dark. Especially in the Dark. May I have the pleasure?” Roman Polanski is one of my very favourite directors. Johnny Depp as Corso The Ninth Gate (1999) is a rough diamond; fantastic premise and mood, great production values and casting, some excellent set-pieces, but dramatically flawed, with a flat, dissipated denounement. Emmanuelle Seigner as The Girl Corso is hired by a very rich book collector, Boris Balkan (Frank Langella), to validate his recently purchased copy of The Nine Gates of the Kingdom of Shadows by 17th century author Aristide Torchia, one of only three copies that exist in the world, a book that contains nine coded engravings which are supposed to summon the Devil. Lena Olin as Liana Telfour Frank Langella as Balkan Balkan leads a Black Mass Corso has his defences stripped Carnal heaven or carnal hell? Here's the trailer: More Posts

10 Conspiracy Theories That Turned Out To Be True Sometimes conspiracy theories become conspiracy facts. (ANTIMEDIA) In recent years, the mere notion of conspiracy theories has increasingly been stigmatized and ridiculed by mainstream news outlets, internet trolls, and “rational” thinkers. Yet, with powerful revelations by Edward Snowden, Chelsea Manning, WikiLeaks, and generations of intrepid journalists, we now know that many outlandish geopolitical and domestic “conspiracy theories” were and are cold-blooded truths of the modern world. The Gulf of Tonkin incident, a major escalator of US involvement in the Vietnam War, never actually occurred. It’s true. President Lyndon B. In 2005, a declassified internal National Security Agency study revealed that there were NO North Vietnamese naval vessels present during the incident. Worth pointing out: The NSA’s own historian, Robert J. Between 1932 and 1972, the US Public Health Service conducted a clinical study on rural African American men who had contracted syphilis.

For those who want to know: Reliable information on health, energy, media, war, elections, 9/11, more

Related:
Related:  The Truth Is Out There