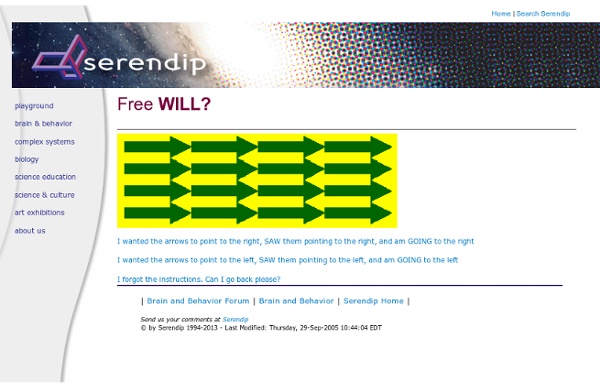 10 Mind-Blowing Theories That Will Change Your Perception of the World Reality is not as obvious and simple as we like to think. Some of the things that we accept as true at face value are notoriously wrong. Scientists and philosophers have made every effort to change our common perceptions of it. The 10 examples below will show you what I mean. 1. Great glaciation. Scientists reverse memory loss in animal brain cells - UTHealth Newsroom Skip Navigation Follow us on: Nothing to fetch 30 Books I’m Glad I Read Before 30 - StumbleUpon In various ways, these 30 books convey some of the philosophy of how Angel and I live our lives. I honestly credit a fraction of who I am today to each title. Thus, they have indirectly influenced much of what I write about on this site. A medley of both fiction and nonfiction, these great reads challenged my internal status quo, opening my mind to new ideas and opportunities, and together they gave me a basic framework for living, loving, learning and working successfully.

Ayn Rand, Objectivism, and Individualism Ayn Rand is America’s most controversial individualist. She was a bold woman who produced brilliant works fusing fiction and philosophy. Her best-selling novels, like Atlas Shrugged and The Fountainhead, have sold millions of copies and continue to influence independent thinkers and celebrities the world over, from Wikipedia's Jimmy Wales to Angelina Jolie and Hugh Hefner. My philosophy, in essence, is the concept of man as a heroic being, with his own happiness as the moral purpose of his life, with productive achievement as his noblest activity, and reason as his only absolute.

10 theories that explain why we dream Kinja is in read-only mode. We are working to restore service. I like #7 and #8 of sorts, as they sort of fit in with the kinds of dreams I have. Kettlebell Snatching On A Warrior Diet! If you are adverse to pain, like trying to take the easy way around things, and don't like getting results quickly, move on to that article on how to best rock the leg extension machine. If you're still reading, welcome to my house of pain. This article centers around a method of kettlebell snatching and a nutritional plan that will achieve the following: Rapid fat lossMuscle-building (build muscle and burn fat together)Increase your VO2 MaxDevelop mental toughnessBuild elite level enduranceBuild functional strength (particularly in the posterior chain) First we will look at the snatch protocol.

The Infinite Hotel Paradox - Jeff Dekofsky The concept of infinity has fascinated humans since ancient times.The first known reference comes from the 5th century B.C.E. Wikipedia presents many interesting facts and applications of the concepts of both potential infinity (as used in Calculus for example) and actual infinity (as used in Set Theory). Dennis Wildfogel also created an original TED-Ed lesson on the concept of actual infinity. You can watch it here. Another great place to watch videos on infinity and other number related concepts is Numberphile. Memory implantation is now officially real In this study, the mouse is now afraid of an environment in which it never received pain, and would therefore not associate pain with it. By artificially activating the neurons associated with the pain-free environment in a new context with a foot shock, a fear response is now elicited the original context where no shock or pain occurred. The experiment takes advantage of associations, but uses optogenetic activation to make the mouse remember shock where shock never occurred (false memory). But the environment could be similar enough that it thinks it may be get a shock anyways. umm, yeah, but the mouse still recieved pain from simply thinking of or remembering the environment.

ZZE.ST - inspiration & lifehacks to make life better - StumbleUpon Throughout last couple of years I’ve been collecting my personal favorite quotations from various inspirational people in my Evernote. As a result I got quite a long list of sayings which I personally consider to be one of the smartest, wittiest, daring and positive at the same time. Moscow, 2008. Doubt, Certainty, and Value in Descartes and Nishitani Carl M. Johnson Kyoto School Seminar May 2007 Contents: Scientists can implant false memories into mice 25 July 2013Last updated at 15:28 ET By Melissa Hogenboom Science reporter, BBC News Optical fibres implanted in a mouse's brain activated memory forming cells False memories have been implanted into mice, scientists say. A team was able to make the mice wrongly associate a benign environment with a previous unpleasant experience from different surroundings. The researchers conditioned a network of neurons to respond to light, making the mice recall the unpleasant environment.