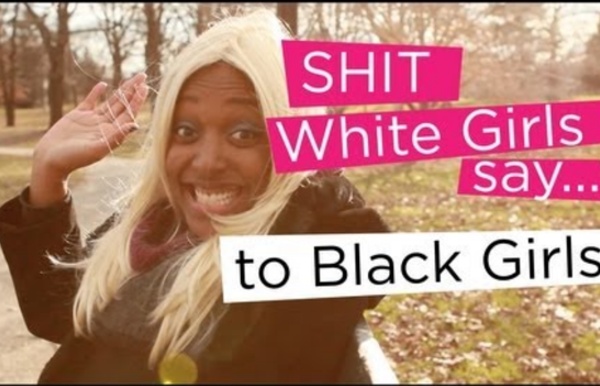 Ten Miles Square - Big Bird and the Cultural Contradictions of Capitalism December 30, 2011 11:44 AMBig Bird and the Cultural Contradictions of Capitalism By Harold Pollack According to the Wall Street Journal: GOP presidential candidate Mitt Romney says he wants to reduce the deficit by bringing commercials to PBS. This is not the most important political or policy debate these days. Romney’s suggestion provides an obvious dog whistle to cultural conservatives, who seem to harbor an amazing hatred for public broadcasting. The irony here is that PBS and the national endowments are profoundly conservative enterprises. PBS provides a rare safe haven from the crude and cruddy world of commercial television, which is such a destructive force in so many ways in American life. There’s also the simple fact that most commercial television is relentlessly and depressingly bad. Sure, the federal government could save a little money by cutting back on subsidies to Sesame Street. Know-nothing attacks on PBS provide yet another sad sign of a mediocre time. Back to Home page

The Magazine - The Myth of American Productivity January/ February 2012The Myth of American Productivity Politicians say we have the most productive workers in the world. They don't know what they're talking about. By Michael Mandel In 1939, when John Steinbeck completed The Grapes of Wrath—a heart-wrenching tale of a family of sharecroppers forced out of their home during the Depression— roughly one-quarter of the U.S. population still lived on farms. But rather than viewing the decline of farming jobs as a tragedy, economists almost invariably count agriculture as a shining American success—the triumph of productivity. As the story of the American economy is usually told, the shrinkage of agricultural employment was a tough but essential part of the march toward higher incomes and a better standard of living. In a 2006 speech, University of Chicago professor Austan Goolsbee made the same point, explaining why the long-term decline in manufacturing jobs didn’t worry him. There are two big problems with this theory, however.

primenumbersturnmeon comments on Why is WTF posting child porn? WTF, WTF? New drug may keep you sober no matter how much you've had to drink Imagine a pill that could instantly sober you up no matter how much you've had to drink, or a hangover cure that worked minutes after swallowing it. Hardened drinkers rejoice: researchers are about to begin human trials on an "alcohol antidote" that may soon offer a cure to alcoholism, reports New Scientist. The drug is a chemical called dihydromyricetin, or DHM, and is derived from a Chinese variety of the oriental raisin tree, which has been used for at least 500 years in China as an effective hangover cure. "DHM will reduce the degree of drunkenness for the amount of alcohol drunk and will definitely reduce the hangover symptoms," said Jing Liang, lead researcher in the study. Liang first tested how well DHM alleviated drunken rats' clumsiness and loss of coordination by measuring how long it took them to right themselves after being laid on their backs. The rats were next tested within a maze to see how well DHM neutralized hangover symptoms.

US Cycle Tourist Russ Roca Victim Of Road Rage Last updated 05:00 12/01/2012 KENT BLECHYNDEN/Fairfax NZ SHOCKED: United States cycle tourists Russ Roca and Laura Crawford. "The whole thing was surreal,'' said Mr Roca. Have you been a victim of road rage? A road rage attack on an American cyclist in Wellington has been condemned as an embarrassment to New Zealand. Russ Roca, 33, was tackled to the ground and punched in the face by a motorist in Newtown on Tuesday. Roca and his partner, Laura Crawford, 32, of Oregon, have been riding the New Zealand Cycle Trail for more than a month without any problems from motorists. They were riding their collapsible bikes on a two-lane section of Riddiford St about 4.30pm when a man driving a silver sedan passed them "really really close, almost aggressively", he said. "So the natural reaction was to shout 'What's going on?' The motorist, described as a 30-something male of average build with black hair, pulled over and came at the cyclists, Roca said. "Laura swerved around him but I wasn't so lucky.

I don't know if anyone else noticed this.. Winter advisory issued as season's first serious snow storm takes aim at Chicago The season's first serious storm is expected to dump as much as 8 inches of snow on the Chicago area Thursday and Friday, and the National Weather Service says high winds and plunging temperatures could make traveling hazardous. Snow will start falling sometime Thursday morning, but the brunt of the storm could hit during the evening rush, according to the National Weather Service. Even the morning rush on Friday could be dicey because of plunging temperatures and blowing snow. The weather service has issued a winter weather advisory in effect from 9 a.m. Thursday until 9 a.m. "Strong winds will cause considerable blowing and drifting snow, especially in outlying and open areas. "Accumulating snow will likely make travel difficult for the afternoon commute Thursday, with travel conditions possibly becoming treacherous and even dangerous in open areas Thursday night into early Friday morning." "It'll be light to moderate snow that will last for 24 hours," Allsopp said.

Detroit-area CEOs rake in millions while city prepares further cuts By Shannon Jones 11 January 2012 Detroit faces the threat of a takeover by a State of Michigan-appointed emergency financial manager, and discussions are under way over massive cuts. All sides in the official debate insist there is no money to fund vitally needed social services. Detroit officials are threatening thousands of layoffs and demanding steep concessions from workers in a city already suffering mass unemployment and pervasive poverty. The publication of the Crain’s Detroit Business 2012 Book of Lists, which provides CEO pay and other financial information on Detroit-area corporations, puts the debate over the city’s budget crisis in a different light. Far from there being no money, the Crain’s report shows that the corporate elite in the Detroit Metropolitan area is rolling in cash, with individual executives in some cases making incomes equivalent to the budgets of entire city departments. Rounding out the list of top 10 highest-paid Detroit CEOs are:

[CES 2012] Motorola To Stop Flooding The Market With Thousands Of Phones "More wood behind fewer arrows." That's the phrase Larry Page used to describe Google's recent shut down of underperforming products. Stop flooding the market with crap, and focus on fewer, higher quality products. Now it seems Motorola has somehow gotten the exact same idea. AllThingsD reports that Motorola "plans to release fewer new models this year, in an effort to concentrate its marketing dollars." I hope they are concentrating their design, polish, and update efforts too. Motorola's release schedule since they jumped on the Android train has been absolutely insane. Droid 3Droid BionicDroid RAZRAtrixAtrix 2AdmiralElectrifyDroid X2PhotonXPRTTitaniumTriumphDEFY+CLIQ 2XoomXoom Family EditionDroid XYBOARD 10.1Droid XYBOARD 8.2 Now this list is in no way definitive, but it should give you an idea of the crazy incremental one upmanship Motorola has been betting on. This pace of releases has caused all kinds of problems. Let's hope. Source: AllThingsD

George P. Burdell Burdell's, a store in Georgia Tech's student center History[edit] Origins[edit] George P. Burdell was created by William Edgar "Ed" Smith, BS in Ceramic Engineering, 1927. Smith conceived the idea for Burdell when he received two Georgia Tech enrollment forms.[3] In a 1977 Atlanta Newspaper interview, Smith said that he originally intended to enroll his Academy of Richmond County principal, George P. After enrolling him, Smith signed Burdell up for all the same classes he had. An early prank to use Burdell's name came after someone was snubbed by a fraternity he had intended to join. World War II[edit] During World War II, service members continued the hoax, with Burdell's name appearing on various fronts. Postwar[edit] In 1958, members of the senior class of Agnes Scott College announced the wedding engagement of Burdell and fictional Agnes Scott student Ramona Cartwright in the Atlanta Journal-Constitution.[9] The 50th wedding anniversary, of "Mr. and Mrs. Legacy[edit] See also[edit]

MG Siegler's bias against Google is seriously pissing me off | The Verge Forums Posted by okungnyo on January 11, 2012 08:00 am And really, I shouldn't care, because he's just one guy, right? No. Because apparently, his personal blog must be like the Bible to some people. Heck, look at how high his posts are ranked on Techmeme!: Why are his posts so highly ranked? One of those four blog posts is Twitter complaining that Google is being anti-competitive by including Google+ into search results. Back to MG Siegler's four blog posts attacking "Search, plus Your World," he is not even right. Regarding the public dispute between Google and Microsoft in August 2011, that started with Google's David Drummond's post "When patents attack Android": that's when I first realized that MG Siegler really hated Google. I used to think that I was alone in my annoyance at MG Siegler's bias, but I recently found out that I wasn't alone (Joshua Topolsky, my favorite writer at The Verge) and I just had to write this.