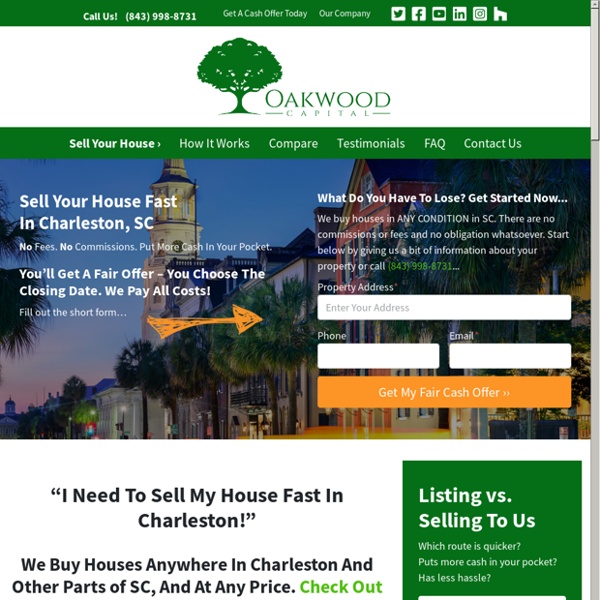 Chinese state media dismisses attacks on Wuhan's huge pool party as 'sour grapes' Chinese state media has defended Wuhan residents after photos and video of a huge pool party went viral this week, saying complaints by foreigners were “sour grapes” . Thousands of people celebrated at a water park music festival in Wuhan this week, crowded in front of the stage, shoulder to shoulder. An AFP photo of the dance party drew some negative responses at Wuhan’s apparent return to normal life. A newspaper front page in Australia headlined the story as “China’s big party”, and “life’s a beach in Wuhan as world pays virus price”. Chinese authorities have faced persistent criticisms over early attempts to cover up the coronavirus outbreak, with some world leaders saying they could have stopped its spread to other countries.

Coronavirus: Italy's PM outlines lockdown easing measures Image copyright EPA Italy has outlined plans to ease the strict restrictions imposed seven weeks ago to curb the spread of the coronavirus as it recorded its lowest daily death toll since mid-March. Prime Minister Giuseppe Conte said curbs would be relaxed from 4 May, with people being allowed to visit their relatives in small numbers, in masks. Parks will reopen, but schools will not restart classes until September. Other countries like Switzerland and Spain are also relaxing their measures.

Go on, spoil yourself: 20 of the best spa retreats SHA Wellness Clinic, Alicante, Spain Set into Alicante’s Sierra Helada mountains, SHA’s sharp curves and clean white lines give it the overstated cool of an Ibizan super-club, or a pharmacy on the USS Enterprise. I’d just begun an incredibly restrictive diet (part of a mad life challenge that shall one day bear fruit, maybe) and the nutrition plan for my stay was meticulously tailored to my incredibly exacting needs. Within this remit, SHA managed to create spectacularly appetising meals, worlds away from the chicken and broccoli on which I’d been subsisting until then. That I spent my four days in SHA eating these meals 3ft away from Javier Bardem and Penelope Cruz was an unexpected bonus, and one upon which it would be gauche for me to dwell. SHA’s approach to wellbeing is famously thorough and I sampled more than a dozen treatments, from yoga and training sessions to acupuncture and cupping, to deep tissue, Indiba, and aqua-cranio-cervical massage.

The Open 2020 cancelled but US golf majors set new dates The Open has emerged as the outlier in this year’s major scene after cancelling its 149th staging at Royal St George’s in Kent this July. No sooner had the R&A confirmed that unprecedented step in peacetime than golf’s other big three – the US PGA Championship, Masters and US Open – issued new dates for 2020 despite the coronavirus crisis. The Ryder Cup also remains in its designated position from 25 September at Whistling Straits in Wisconsin. Royal St George’s, in Sandwich, will still have an Open slot but in July 2021. Martin Slumbers, the R&A’s chief executive, said: “I can assure everyone that we have explored every option for playing the Open this year but it is not going to be possible.

Man shot by Secret Service officer outside White House was holding a black comb and suffers from mental illness, court documents say Myron Berryman was arraigned Thursday on a simple assault of a law enforcement officer charge after he was shot in the torso on August 10 by an officer on the corner of 17th Street and Pennsylvania Avenue NW. Berryman, 51, is still recovering from his injury in a psychiatric hospital and did not appear in Washington, DC, Superior Court, his attorney Daniel K. Dorsey said. Dorsey entered a not guilty plea on Berryman's behalf for the misdemeanor charge. If convicted, Berryman faces up to six months in jail, up to a $1,000 fine or both, according to the penal law.

California wildfires torch area bigger than Rhode Island as resources stretched thin Wildfires in California have killed at least six people and forced tens of thousands from their homes, with few signs of reprieve in sight, as firefighting resources strain under the vastness of dozens of infernos raging across the state. More than 771,000 acres have burned so far, an area greater than the state of Rhode Island, California’s governor Gavin Newsom said at a press conference Friday. He said the scope and ferocity of the fires has stretched thin the state’s capacity to respond in an “unprecedented moment” in California’s history, adding that he anticipated mutual aid support coming from Arizona, Oregon, Washington state, Texas, Nevada and elsewhere. “We are struggling,” said Newsom.

Coronavirus: Air France-KLM secures billions in government aid Image copyright Reuters Air France-KLM has secured at least €9bn (£7.9bn; $9.7bn) in government aid, as the Franco-Dutch airline group struggles to stay afloat because of the coronavirus outbreak. The French authorities said Air France would get €3bn in loans and another €4bn in state-guaranteed funds. Meanwhile, the Dutch government said it was preparing between €2bn and €4bn in aid to KLM. Major world airlines all but halted passenger traffic around the world. But they still have to pay to park and maintain planes that have been grounded.

'It's horrible': Halesowen halted with promotion and Wembley in sight If everything went as well for Halesowen Town as planned, their time spent in the Southern League Division One Central would have been over in a flash. After years of struggling in the division above, last season they were finally relegated. The failure prompted a complete rehauling of the team, with an entirely new set of players and a new head coach brought in. Hollywood Condo Rentals Hollywood Property ManagementAbout UsVacation GuideContact Us Hours Mon - Fri: 9AM - 5PM Sat, Sun: 9AM - 3PM Hollywood Vacation Property Management Services Opinion: The President believes he is losing this race For the last night of the convention, President Donald Trump did something unusual -- he largely stayed on script and on message. For a candidate who has always trusted his own political instincts, this was notable. The President's decision to shy away from his raucous campaign rally speaking style is the most compelling evidence that he believes he is losing this race. It has been hard to pinpoint what percentage of voters support the President's policy positions but are wavering in their support because they dislike his exaggerated rhetoric and constant Twitter attacks. These voters do not like the direction of the Democratic Party, fearing it is being pulled too far left, but they are embarrassed by Trump.

RNC 2020: Trump warns Republican convention of ‘rigged election’ Media playback is unsupported on your device US President Donald Trump has warned his fellow Republicans their opponents may "steal" November's election, as his party anointed him as their candidate. "They're using Covid to defraud the American people," Mr Trump told delegates on the first day of the party convention in North Carolina. Mr Trump repeated his much-disputed claims that mail-in ballots could lead to voter fraud. Opinion polls suggest he is lagging behind Democratic challenger Joe Biden. Mr Biden, the former vice-president to Barack Obama, has boasted a 10-point lead on occasions.

Coronavirus: New Zealand claims no community cases as lockdown eases Media playback is unsupported on your device New Zealand says it has stopped community transmission of Covid-19, effectively eliminating the virus. With new cases in single figures for several days - one on Sunday - Prime Minister Jacinda Ardern said the virus was "currently" eliminated. But officials have warned against complacency, saying it does not mean a total end to new coronavirus cases. House plants: make your own miniature mossy world Cultural differences in gardening are fascinating. In Japan, there are many specialist nurseries dedicated entirely to moss cultivars. In the UK, the only thing you’re likely to find in a garden centre with “moss” on it is a bottle of moss killer. However, thanks to the blossoming of cross-cultural exchanges of gardening ideas, often generated by following accounts on Instagram, it seems a whole generation of Brits is getting excited about “mossariums” – miniaturised landscapes of moss and rocks encased in glass vessels.

Better late than never to cancel Wimbledon but what took them so long? Hung juries have taken less time than the All England Club to convict a villain as bang to rights as coronavirus. When the club’s board emerged from three days and several hours of teleconference pondering on Wednesday afternoon to confirm that the 134th Wimbledon championships would, indeed, be cancelled, because the killer is still stalking not just the pleasant environs of London SW19 but the entire globe, the question was: what took you so long? There was a carefully worded statement of the obvious.