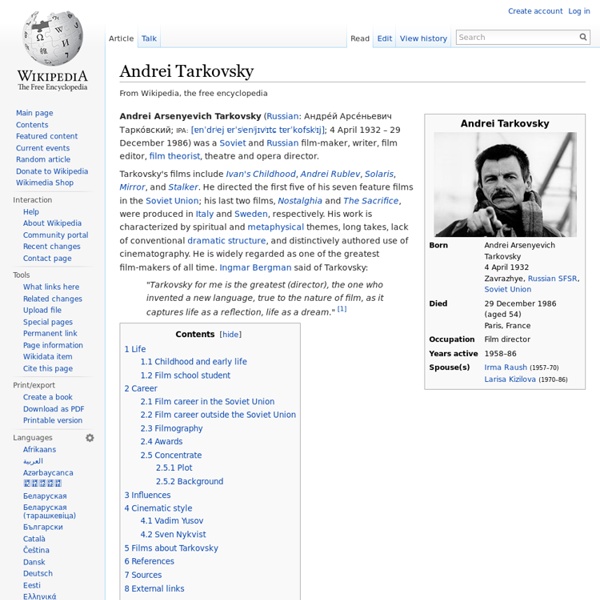 Robert Wise Wise was the president of the Directors Guild of America from 1971 to 1975 and the president of the Academy of Motion Picture Arts and Sciences from 1984 through 1987. Early years[edit] Early career[edit] Wise began his movie career at RKO as a sound and music editor. In the 1930s, RKO was a small, budget-minded studio with "a strong work ethic" and "willingness to take artistic risks", which was fortunate for a newcomer to Hollywood such as Wise.[9] At RKO, Wise became an assistant to T.K. As Wise gained experience, he became more interested in editing film content, rather than sound, and went to work for RKO film editor William "Billy" Hamilton.[12] Wise's first film as Hamilton's assistant was Alfred Santell's Winterset (1936). At RKO, Wise worked with Orson Welles on Citizen Kane (1941) and was nominated for the Academy Award for Film Editing.[8] Wise was the film's last living crew member.[15] Director and producer[edit] Wise's films often included lessons on racial tolerance.

Louis Malle Louis Marie Malle (French: [mal]; 30 October 1932 – 23 November 1995) was a French film director, screenwriter, and producer. His film, Le Monde du silence, won the Palme d'Or and Academy Award for Best Documentary in 1956. He was also nominated multiple times for Academy Awards later in his career. Early years in France[edit] Malle was born into a wealthy industrialist family in Thumeries, Nord, France, the son of Francoise (Béghin) and Pierre Malle.[2] He initially studied political science at the Sciences-Po before turning to film studies at IDHEC instead. Other films also tackled taboo subjects: The Fire Within (Le Feu follet, 1963) centres on a man about to commit suicide, Murmur of the Heart (1971) deals with an incestuous relationship between mother and son and Lacombe Lucien (1974), co-written with Patrick Modiano, is about collaboration with the Nazis in Vichy France in World War II. Documentary on India[edit] Move to America[edit] Personal life[edit] Awards and nominations[edit]

Roger Vadim Roger Vadim (26 January 1928 – 11 February 2000) was a French screenwriter, film director/and producer, as well as an author and occasional actor.[1] Biography[edit] Vadim was born as Roger Vladimir Plemiannikov[2] in Paris. His father, Igor Nikolaevich Plemiannikov (Russian: И́горь Никола́евич Племя́нников), a White Russian military officer and pianist, had emigrated from Ukraine and became a naturalized French citizen, and was a vice consul of France to Egypt, stationed in Alexandria. Vadim studied journalism and writing at the University of Paris, without graduating.[4] At age 19, he became assistant to film director Marc Allégret, whom he met while working at the Theatre Sarah Bernhardt, and for whom he worked on several screenplays. In addition to Vadim's theatre and film work, he also wrote several books, including an autobiography, D'une étoile à l'autre (From One Star to the Next). Personal life[edit] Vadim was married five times: Death[edit] Filmography[edit] Writer/director[edit]

Alain Resnais In later films, Resnais moved away from the overtly political topics of some previous works and developed his interests in an interaction between cinema and other cultural forms, including theatre, music, and comic books. This led to imaginative adaptations of plays by Alan Ayckbourn, Henri Bernstein and Jean Anouilh, as well as films featuring various kinds of popular song. His films frequently explore the relationship between consciousness, memory, and the imagination, and he was noted for devising innovative formal structures for his narratives.[5][6] Throughout his career, he won many awards from international film festivals and academies. Early life[edit] Visits to the theatre in Paris gave Resnais the desire to be an actor, and in 1939 he moved to Paris to become an assistant in Georges Pitoëff's company at the Théâtre des Mathurins. Career[edit] 1946–58: short films[edit] 1959–68[edit] Resnais's first feature film was Hiroshima mon amour (1959). 1969–80[edit] 1981–2014[edit]

Éric Rohmer Maurice Henri Joseph Schérer or Jean Marie Maurice Schérer, known as Éric Rohmer (French: [eʁik ʁomɛʁ], 21 March 1920[1] – 11 January 2010), was a French film director, film critic, journalist, novelist, screenwriter and teacher. Rohmer was the last of the post-World War II, French New Wave directors to become established. He edited the influential film journal, Cahiers du cinéma, from 1957 to 1963, while most of his colleagues – among them Jean-Luc Godard and François Truffaut – were making the transition from film critics to filmmakers and gaining international attention. After Rohmer's death in 2010, his obituary in The Daily Telegraph described him as "the most durable film-maker of the French New Wave", outlasting his peers and "still making movies the public wanted to see" late in his career.[3] Early life[edit] Career as a Journalist[edit] In 1950, he co-founded the film magazine La Gazette du Cinéma with Rivette and Godard, however its existence was short-lived. Film career[edit]

François Truffaut François Roland Truffaut (French: [tʁyfo]; 6 February 1932 – 21 October 1984) was a French film director, screenwriter, producer, actor, and film critic, as well as one of the founders of the French New Wave.[1] In a film career lasting over a quarter of a century, he remains an icon of the French film industry, having worked on over 25 films. Truffaut's film The 400 Blows came to be a defining film of the French New Wave movement. Early life[edit] Truffaut was born in Paris on 6 February 1932. His mother was Janine de Montferrand. Truffaut would often stay with friends and try to be out of the house as much as possible. Truffaut frequented Henri Langlois' Cinémathèque Française where he was exposed to countless foreign films from around the world. Career[edit] After starting his own film club in 1948, Truffaut met André Bazin, who would have great effect on his professional and personal life. After having been a critic, Truffaut decided to make films of his own. Death[edit] Work[edit]

Kim Yoon-seok Career[edit] Filmography[edit] Film[edit] Television series[edit] Theater[edit] Awards and nominations[edit] References[edit] External links[edit] Kim Yoon-seuk on Cyworld John Woo Early life[edit] Impoverished, the Woo family lived in the slums at Shek Kip Mei. His father was a teacher, though rendered unable to work by tuberculosis, and his mother was a manual laborer on construction sites.[6] The family was rendered homeless by the big Shek Kip Mei fire of 1953.[5] Charitable donations from disaster relief efforts enabled the family to relocate; however, violent crime had by then become commonplace in Hong Kong housing projects. At age three he was diagnosed with a serious medical condition. Woo married Annie Woo Ngau Chun-lung in 1976 and has three children.[5] He has lived in the United States since 1993. Hong Kong career[edit] In 1969, Woo was hired as a script supervisor at Cathay Studios. His last Hong Kong film before emigrating to the United States was Hard Boiled (1992), a police thriller that served as the antithesis of his previous glorification of gangsters. American career[edit] In 2003, Mr. Return to Hong Kong[edit] Future film projects[edit]

Joe Wright Early life and career[edit] Wright was born on 25 August 1972 in London, where his parents John and Lyndie founded the Little Angel Theatre, a puppet theatre in Islington. Wright always had an interest in the arts, especially painting.[2] He would also make films on his Super 8 camera as well as spend time in the evenings acting in a drama club. Wright is dyslexic. He left school without any GCSEs.[3] Personal life[edit] In 2007, Wright became engaged to actress Rosamund Pike, but he called off the wedding in 2008.[7] Wright is married to sitarist Anoushka Shankar, daughter of Ravi Shankar and half-sister of Norah Jones. Feature films[edit] Pride & Prejudice[edit] Atonement[edit] The Soloist[edit] His next film was The Soloist which stars Jamie Foxx and Robert Downey, Jr. Hanna[edit] Anna Karenina[edit] Directorial trademarks[edit] Charles II: The Power and The Passion, Pride & Prejudice, Atonement and Hanna all have long tracking shots in them. Filmography[edit] Casting and crew[edit]