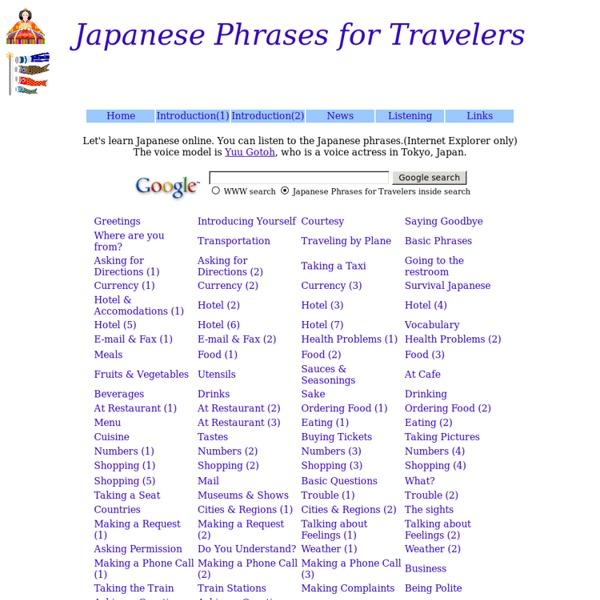 Learn Japanese - Nihongo.3Yen.com – Japanese Language Tae Kim's Guide to Learning Japanese A Select List of Japanese Language Study Sites These also help read a web page. You just have to copy and paste the text into the form. These are not aimed at JSL students, but if you understand Japanese fairly well, they are good. For Beginnerswww.JapanesePod101.com - Daily Perhaps a bit too much time-wasting laughing and joking around and non-study related chatting between presenters, but still very good. (See hints) If you can't easily locate the podcast feed on their website, just grab it here. Learn Japanese on the Web

TUFS Language Modules The Distribution and Number of the Speakers of Japanese Japanese is spoken by approximately 126 million people within Japan. This includes some 800 thousand people whose mother tongues are languages other than Japanese, such as Korean and Chinese. Externally, Japanese is spoken by Japanese descendants in Hawaii, North and South Americas, as well as the people in Taiwan, Korea and Micronesia, who were educated in Japanese during the Japanese occupancy in the former half of the 20th century. The Japanese we learn here Our module deals with the Japanese spoken in Metropolitan Tokyo and its outskirts.