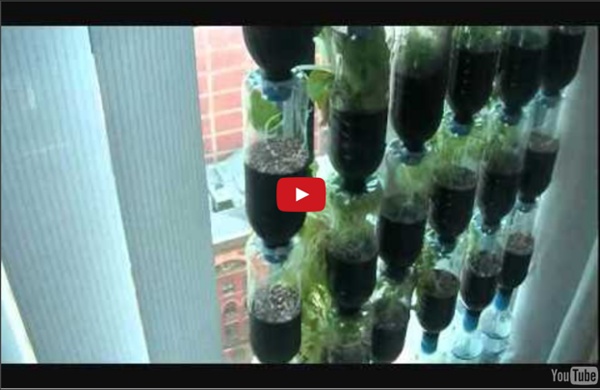 Grow The Easiest Garden on Earth Window Farmers Community How Biodiesel Works" If you've read or watched the news lately, you've probably come across some article, snippet or sound bite related to oil and oil prices. Even in your daily routines, there's a good chance of someone mentioning it. Whether it's in automotives, economics, history, geography or politics, oil has managed to filter into almost every aspect of our daily lives. It's one of the most discussed (and controversial) commodities that consumers rely on daily. All of this talk about oil sparks continued interest in gasoline alternatives. Things like electric cars and hydrogen fuel cells are being talked about as feasible alternatives to oil. Lost in the mix are the biofuels, fuels made from biological ingredients instead of fossil fuels. In this article, we'll take a closer look at biodiesel, one of the major biofuels. Generally speaking, biodiesel is an alternative or additive to standard diesel fuel that is made from biological ingredients instead of petroleum (or crude oil). Photo courtesy U.S.

Freedom Fuels Freedom Fuels, takes an in-depth look at renewable fuel sources, such as bio-diesel, ethanol and vegetable oil. It explores the interaction of the petroleum industry and alternative fuels over the last 150 years, and examines the global impact that bio-fuels can have on our future. Most of the new film is a series of interviews with farmers and biofuels innovators, economic and energy security experts, engaged government policymakers, and the occasional false prophets of inertia (Searchinger and Pimental). It treats its audience to an unblemished look at where we are and why public support now is so important to the well-being of future generations… ending the addiction will take time, but during the Q&A session after the screening it was clear that a dread, helpless feeling was being lifted from the audience. There are alternatives and action we can take today to secure a sustainable future for our children. Watch the full documentary now

Transition Toronto’s winning film! ‘The people in my neighbourhood’ 7 Oct 2011 Transition Toronto’s winning film! ‘The people in my neighbourhood’ Transition Toronto recently held a film competition for people to use film as a way of communicating Transition. The winner was Mariko Uda with her film ‘The People in my Neighbourhood’. The judge, Gregory Greene, producer of ‘The End of Suburbia’, said of why he chose this film as the winner: “I really enjoyed Mariko’s film. Mariko makes the point that the various stories in the film are already a reality… she writes: “Yes, that rooftop garden really exists! The composters are at the Stop’s Green Barn. When I thought of buildings for the future, I thought of Rohan Walters. Need something fixed? For the composting toilet I had to go all the way to Vaughn to the Toronto and Region Conservation Authority’s Restoration Services Building. I kid you not – they did not smell at all! The lovely singing at the end were UofT students in Hot Yam!

Build a Simple Solar Heater After walking into my workshop one December morning and feeling a bone-chilling 10 degrees, I decided to install a heating system. Given the rising costs of propane and my family’s environmental concerns about using nonrenewable fossil fuels, a solar solution seemed fitting. I’m a retired aircraft engineer, but you don’t need a similar background to tackle this project. In fact, a solar air heater built into new construction or added to an existing building can be an easy and inexpensive heating solution. I reviewed many solar collector concepts and decided to install a thermosiphon air collector on the south wall of the workshop. To minimize costs, I integrated the collector with the structure and used readily available materials. How It Works The thermosiphon collector consists of clear, corrugated polycarbonate panels fastened to 2-by-6-inch studs. At night, airflow reverses as air in the collector cools to outside temperatures. Performance and Economics Sizing the Solar Collector Pros:

Beginner beekeeping questions and resources. | Beekeeping in Manitoba Bee on flower. Do you want to start keeping some bees in your back yard? Manitoba has some really good options when it comes to keeping bees. There are lots of good honey plants, and summers are long enough for bees to take full advantage of them. There are a few options available for getting your first hive of honey bees and all the equipment you will need to get started. Where to get bees from: If you need bees you can get some through this web site, visit the nucs page for more information. Beekeeping Equipment options: BeeMaid Honey in Winnipeg carries all your beekeeping needs, from the hobby beekeeper to the commercial beekeeper they have what you are looking for.Visit the classified adds on the RRAA website.Visit the Classified adds on the Manitoba Beekeepers Association.

O'Hare Airport Debuts Aeroponic Vegetable Garden No more complaining about the poor quality of airport food--at least not in Chicago's biggest travel hub. The opening of the first in-airport vertical garden at O'Hare will supply the international airport's restaurants with swiss chard, red habanero peppers and 42 other types of herbs and vegetables grown right between terminals 2 and 3. The garden relies on a technique called aeroponics where water and a mineral solution are used as a base instead of soil, allowing plants to thrive in smaller, more contained environments. "It uses and recycles water. The resulting produce will be served in several O'Hare restaurants including Stanley's Blackhawks Lounge and Tuscany. Special grow lights installed in the G Concourse of the airport provide an optimal conditions for the 26 towers, along with an irrigation system that recycles any water the plants don't absorb, according to CBS Chicago. Take a tour of the new aeroponic airport garden below:

Watch | The Crisis Of Civilization sneak a peek at these guys Crisis Of Civilization Aldeburgh Elevate Leeds Watch female impotence Share Subscribe Enter your email address to subscribe to this blog and receive notifications of new posts by email. Links Networking Please educate friends and help support this movie by sharing it. 2011 © Crisis Of Civilization. How to Build Indoor Hydroponic Gardens Using IKEA Storage Boxes Hey apartment and small space dwellers, here’s an easy DIY compact hydroponic indoor farm system you can make with repurposed off-the-shelf IKEA storage boxes. ELIOOO is not a product, it’s architect and designer Antonio Scarponi’s cleverly conceived and designed instruction manual that teaches any urban gardener how to build, operate, and maintain a choice of six variously sized and configured indoor hydroponic farms–from a small windowsill herb planter to a large mobile vertical garden. The Zurich-based designer’s interest in new ways of utilizing what we already have, rather than producing new things, led him to design with readily-available IKEA products,available almost anywhere in the world as well as online, offering easy access and the ability to calculate the cost. After a successful Indigogo crowdfunding campaign last fall, Scarponi spent several months completing the design manual which is now available for purchase as a book or an eBook. Why Hydroponics?