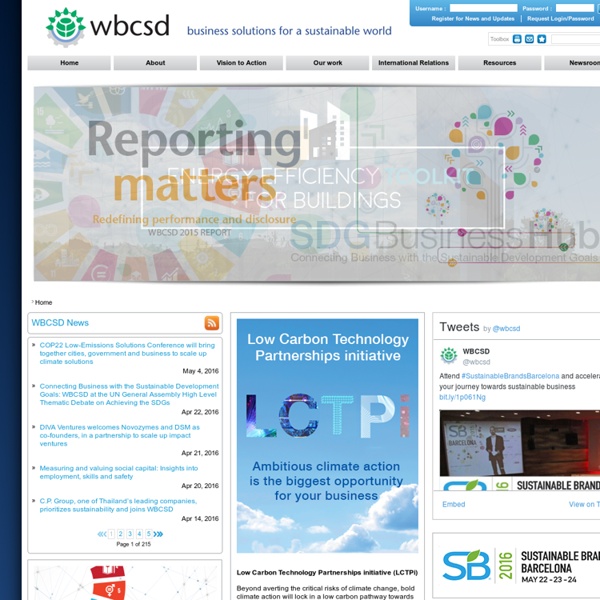 Action2020 is opening many new doors for WBCSD. During the three day meeting, we will explore these opportunities and design joint action. We will also take a deep dive into the rapidly evolving area of natural, social and financial capital and agree key activities and partners to drive progress. The meeting will also bring many opportunities to engage in climate change discussions related to the Action2020 business solutions, the UN Climate Summit and the UNFCCC climate negotiations. Under a new organizational umbrella, WBCSD will aspire to engage all of you to be part of the Action. Discussions will flow from inspirational plenaries, into workshops for creative thinking and explorative break-out lunches.

Street Art Utopia » We declare the world as our canvas » 106 of the most beloved Street Art Photos – Year 2011 More info. Let us begin with this words that come as a response to the photo above: “There´s tools and colours for all of us, to lend from nature to make the world more understandable and beautiful”. 1# Click on a photo and you make it bigger and can post a comment on it. 2# Make sure that you read the story in the end! Environment Magazine - The Short List: The Most Effective Actions U.S. Households Can Take to Curb Climate Change by Gerald T. Gardner and Paul C. Stern (Updated on December 15, 2009) The U.S. A Look at Absolut Vodka Poster Designs Over the Years During my freshmen year of college I had a Western Civ. professor from the the Czech Republic, who out of no where one day, went on a tangent about Absolut Vodka. He demanded that none of us drink it because it is bottom of the barrell vodka that was just packaged very nicely to sucker American buyers, all in the name of Sweden needing a product to export. Well, he was kind of right.

Global Trends in Renewable Energy Investment 2013 Renewable Energy: World Invests $244 billion in 2012, Geographic Shift to Developing Countries. Installed capacity continues to grow as solar prices drop 30-40%, new wind installations surge For only the second time since 2006, global investments in renewable energy in 2012 failed to top the year before, falling 12% mainly due to dramatically lower solar prices and weakened US and EU markets. There was a continuing upward trend in developing countries in 2012, with investments in the South topping $112 billion vs $132 billion in developed countries - a dramatic change from 2007, when developed economies invested 2.5 times more in renewables (excluding large hydro) than developing countries, a gap that has closed to just 18%. Dance shop London, Drury Lane Located in the heart of Covent Garden - the hub of London's vibrant Theatre Land, Dancia International's flagship London store is the biggest independent dance shop in the West End, and we think it's also the best! Dancia London is perfectly positioned on the historic Drury Lane (home to the world famous Theatre Royal and a short hop from the iconic Covent Garden Piazza), surrounded by the unique shops and boutiques, bars, cafes, restaurants offering a choice of cuisine from around the globe, world famous theatres and captivating street performers which make Covent Garden the capital's premier leisure and entertainment destination. The Dancia product range is a vast and eclectic mix of specialist shoes and dancewear for all styles of dance, second-to-none in its volume and diversity. Our friendly, knowledgeable staff are highly trained specialists in their field and offer a specialist pointe shoe fitting service. Getting to Dancia London couldn't be easier. So, what are you waiting for?

Why Apple Bought 36,000 Acres Of Forest As Apple invests in tech startups and new data centers, now it's also spending money on trees. The tech giant just helped buy 36,000 acres of forest in Maine and North Carolina through a partnership with the nonprofit The Conservation Fund. Why invest in trees? The company uses a vast amount of paper in packaging, and wanted to find a long-term sustainable source for it—and a way to help protect those resources. Though Apple wouldn't disclose the exact amount of paper they use, Lisa Jackson, the company's VP of environmental initiatives, writes that the amount the two forests can produce is only equal to half of the virgin fiber used to package the iPhone, iPad, iPod, Mac, and Apple TV last year. The company didn't invest in the forest just to harvest trees for their own needs.

Aerial Yoga: Aerial Yoga Classes London: Flying Fantastic Aerial yoga is a form of yoga which uses a low hanging, wide aerial sling hung like a hammock to aid traditional yoga postures by supporting your body weight. This helps to achieve these postures and deep stretches in a more relaxed way. Using a yoga hammock can help to decompress the spine and avoid some injuries associated with practicing these stretches and positions without the aid of the fabric. This weightlessness removes compression from the spine, providing greater comfort and vastly increased freedom of movement. Poses that would otherwise be restricted become more accessible with the support of the Yoga Swing, making this a great class for all levels - Irrespective of experience. Fitness Benefits

Are we about to throw away $25 trillion in waste? The average car lies idle for 90% of the day. The average power drill is used for 30 minutes of its entire life. Landfill dumps are full. It is widely recognized that wasteful exploitation of the world’s resources is taking its toll on the environment, but it is less appreciated that the rate and nature of our consumption is choking economic growth. As much as $25 trillion could be at stake by 2050 unless we change the relationship between natural resources, customers and the market. Thanks to radical new business models and technologies, some companies are now growing by finding value in resources, assets and products that have, until now, been vastly underutilised.

The 6 Secrets to Keeping Cut Flowers Fresh When it comes to the time and effort put into maintaining the life span of a beautiful bouquet of flowers at home, the majority of us are slackers. It’s easy to forget that those $12-a-stem peonies aren’t just beautiful, they are also living things that need a little love and care in order to last more than a couple of days. Floral stylist Brittany Asch has been providing this sort of tenderness to stems and bulbs and buds her entire life, and teaching others to do the same since opening her studio BRRCH in 2013 in New York and, later, Los Angeles. She has designed wild, creative, and vibrant floral arrangements for the pages of magazines (including this one), film sets, museums, album covers, and much more. She’s an aesthete, yes, but one with a diverse scientific knowledge of flora and how each variety should be properly handled.