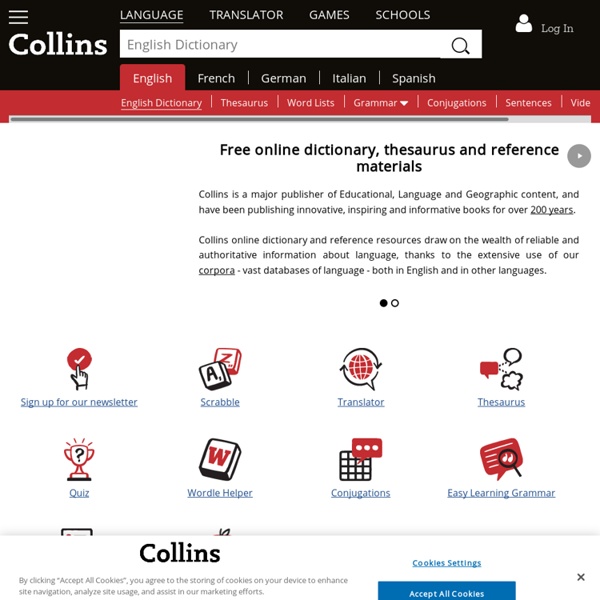 Essay Writing From experience it has taken us all a while to realise exactly how to write a successful essay, but hopefully the simple information in this section will help everyone to be able to get their head around essays a bit better, or improve at them if you are already very good at writing them! Referencing in Essays This page gives information and advice on referencing in essays and assignments. You can easily gain valuable marks in essays simply by referencing in the correct style! The SOCSI department uses the Harvard style of referencing. For tips and tutorials please refer to the 'Citing References' link to the Information Services pages or see the ‘Referencing in Your Essay’ link in the ‘Tips and Hints’ section on Blackboard. The Essay Below is a document about how to write a good essay, providing you with a structure to follow making the process easier.

List of Useful English Words Last updated: 2008-10-07 If you find these words useful, you can download a Word file that contains all of the same words here. Sections: To indicate more information To indicate an example To indicate a cause or reason To indicate a result or an effect To conclude To express an opinion To describe or make To prove To compare or contrast To indicate time To indicate certainty To indicate doubt To summarize To provide a condition To express positive words To show intelligence To intensify Said Noted (said) Precisely Numerous Praise Call Forth To indicate more information Besides - Making an additional point; anyway Furthermore In addition Moreover Likewise Indeed – In truth In fact Also As well Foremost - Ranking above all others; Preceding all others in spatial position First, Second, Third, Finally Firstly, Secondly, Thirdly To indicate an example For example For instance In particular Particularly - Specifically or especially distinguished from others Specifically To illustrate To demonstrate To conclude To prove

World Lit Assignments: Advice « IB English A1 by Mr. MacKnight (80) on January 24th, 2008 As an assistant examiner for the IB, I mark World Lit essays every year. Here is an excerpted version of the examiner’s report that I submitted last year after finishing my marking. It highlights some of the common problems so that you can avoid them! 1. Not surprisingly under such circumstances, most students simply retail ideas that their teachers or other sources have fed them. The assignment(s) I am submitting is (are) my own work. Failing to acknowledge use of their teachers’ ideas with a simple ‘as discussed in class’ casts suspicion on the provenance of every other observation they make. Literature as ‘The Search for Hidden Meanings’ and students’ retailing of potted interpretations go together, of course. 3. Other miscellaneous comments: Assignment 2: be sure to label 2a, 2b, or 2c, depending on your choice. Label essays ‘Assignment 1′ and ‘Assignment 2′. Page citations should be unobtrusive. 36 people like this post.

The Nardvark: IB English If you get the joyous privilege of studying a poem with rhythm and metre, you need to understand what rhythm and metre mean. No matter how many times Nardvark’s teacher explains it, no matter how many diagrams and Powerpoints she uses and how many times she claps her hands, Nardvark just doesn’t get it. And that’s NOT because he is sitting in the back of the classroom reading his friends’ tweets from math class, honest! Rhythm: George and Ira Gershwin had rhythm. Eg: Mary had a little lamb, its fleece was white as snow. In the well-known nursery rhyme, the syllables that your voice stresses when you say them are bold. Eg: I've got the moves like Jagger. In the well-known song lyric above, every second syllable is stressed. OH! So where does the “Pentameter” part come in? Ok, we’re getting to that. There are other rhythms besides iambic. Meters with two-syllable feet are: IAMBIC (da-DUM, or x /) eg: I've got the moves like Jagger. Meters with three-syllable feet are One foot = monometer

Milton's religious context Introduction In October 1656, the Quaker leader James Nayler rode into Bristol on a donkey, imitating Jesus Christ’s entry into Jerusalem. Women surrounded Nayler, laying palm leaves in front of him. This incident was debated in parliament for six weeks, many MPs arguing that Nayler should be put to death for blasphemy. In the end, a more lenient punishment was decided upon, and Nayler had his tongue drilled through. Welcome to the seventeenth century! In the past couple of years, religion has become headline news in a way that (at least in the UK) it hasn’t been for decades. In our time, we have a view of reality which separates out the public space of ‘facts’ (where we put science and politics) and the private space of ‘values’ (where we put morality and religion). Milton cannot be understood out of his religious context. The Reformation The Reformation was a messy business, which was tangled up with all kinds of economic, political and personal motives. Puritanism Milton’s own beliefs