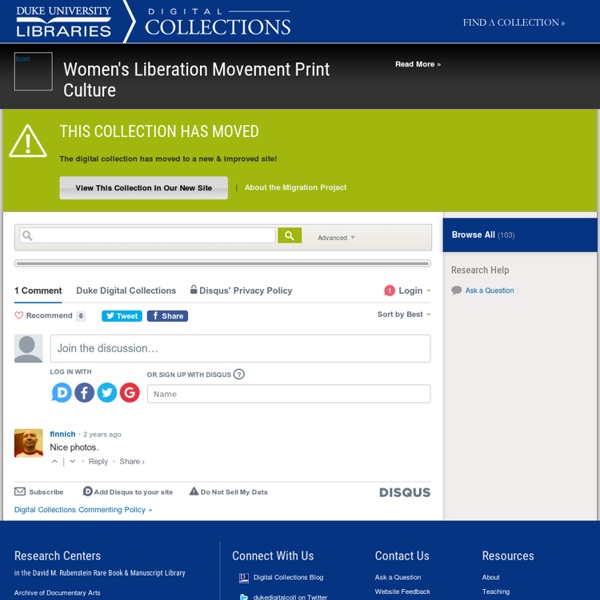 Words are not fists: some thoughts on how men work to defuse feminist anger at Hugo Schwyzer This is, I think, an important post. I’ve been thinking about men in women’s studies classes, and jokes about "male-bashing." This semester’s women’s studies class is like most: overwhelmingly female. I’ve got 32 women and 6 men in the class. Most of the guys hadn’t spoken in class all semester; today, all did. When men find themselves in feminist settings (like a women’s studies class) they are almost always in the minority. But one thing I remember from my own college days that I see played out over and over again is this male habit of making nervous jokes about being attacked by feminists . All of this behavior reflects two things: men’s genuine fear of being challenged and confronted, and the persistence of the stereotype of feminists as being aggressive "man-bashers." There’s a conscious purpose to this sort of behavior. Here’s where I need to issue a big ol’ mea culpa. I’ve allowed this kind of joking and defusing to go on too long in my classes.

NOMAS | Pro-feminist, gay affirmative, anti-racist, enhancing men's lives. Ms. Magazine Online | More Than A Magazine - A Movement Ubuntucat » Blog Archive » Stupid husbands and smart wives on TV If you’ve seen any American sitcoms featuring het couples in the past ten years or so, you’ll probably have noticed that it’s common for the show to portray the husbands as a stupid but endearing oaf who likes beer, barbecues, watching TV, hanging with the guys, and ogling women; and the wife as a smart, attractive, career woman who is also a housewife… and who generally just puts up with the man. Some people have tried to use this as evidence that feminism has gone too far, but I have seen no indication from feminist writers or bloggers that they approve of this dynamic. Granted, I don’t hear a lot of feminist outcry over it either, but it is worth nothing that feminists do not celebrate the gender dynamic in popular husband-wife sitcoms like King of Queens, The Simpsons, George Lopez, or Rules of Engagement. I do think the dynamic comes from a combination of sociological factors and political light-stepping, though. When is it “okay” to make fun of someone?

Personal Responsibility | Hello Ladies I went for a run after dinner tonight. It was a beautiful night. The moon was full and I wanted to unwind after a long week of work. I was responsible. I wore a bright, white vest so cars could see me. About one mile into the run, a car full of young men in their teens or early 20s drove by me. I decided to shorten my route to avoid a dark patch of road. I walked in the door far less relaxed than I had been when I set out. If something had happened to me during my run – if I had been attacked – and the incident made the paper, do you think most people reading the story would have first thought, “Why do those men behave that way?”

The terrorism that dare not speak its name Why is it that the media and the government never calls the “pro-life” groups who plant bombs at women’s clinics what they are: terrorists? From the AP article, entitled “Explosive found at Austin women’s clinic”: AUSTIN — A package left at a women’s clinic that performs abortions contained an explosive device capable of inflicting serious injury or death, investigators said today.“It was in fact an explosive device,” said David Carter, assistant chief of the Austin Police Department. “It was configured in such a way to cause serious bodily injury or death.”The package was found Wednesday in a parking lot outside the Austin Women’s Health Center, south of downtown Austin.Nearby Interstate 35 was briefly closed, and a nearby apartment complex was evacuated while a bomb squad detonated the device. Actually, I shouldn’t say “from” the AP article. But it’s an abortion clinic, so. For some reason, terrorism doesn’t count if it’s directed against women and their health care providers.

Third-Wave Feminism 1. There must be a widespread understanding that feminism does apply to men. Therefore, men who stand up for feminist issues may, and should, be identified as feminist. It is counterproductive and hypocritical to discuss gender equality while simultaneously creating a double standard towards males who share feminist values. (I think that the phrase "feminist male" should be dropped, as well. 2. 3. 4. (This logic applies only to minor, mainstream cosmetics. 5. 6. 7. 8. 9. 10. 11. 12. 13. 14. 15. How many gay people are there? It’s natural to enjoy and explore your sexual feelings whatever your sexuality.You may want to tell people about your sexuality (‘come out’ to them) or to keep your feelings private.If you decide to explore your sexuality through sex, make sure you understand how to prevent HIV, other sexually transmitted infections (STIs), and unplanned pregnancy.Some people use words like ‘gay’, ‘bi’ or ‘queer’ to help define their sexuality; others prefer to avoid labels altogether. Either is fine, it’s up to you.You’re not alone. There is a lot of support out there to help you understand your sexuality and how to deal with other people’s reactions to it. Sexual feelings are an important part of many people’s lives and can bring a lot of pleasure. If you're trying to work out how you feel, what you’re into, and who you are attracted to, remember that you're not the only one. Everyone is different and your feelings and desires are personal to you. What is sexuality? Don’t worry. - Shalini - Toby

Why Slutwalk? a href=” posted on BroadSnark By: Mel One morning, when I was in eighth grade, I got dressed for school and went outside to wait for my father to drive me. I was wearing a long knit skirt, sweater, and some boots. You have to understand that, when I was a kid, my father and I were as close as two people could be. There was nothing slutty about what I was wearing (if you believe in that sort of thing). One of my friends at the time had the misfortune of having huge boobs. It really didn’t matter if my friend found that perfectly chaste t-shirt. The idea that girls and women are in some way responsible for other people’s action, for the sometimes truly awful things that people want to do to them, is pervasive. My teen-aged reaction to this bullshit (and a whole lot of other bullshit) was a big, punk rock Fuck You. So I did. “You know, I think we’re beating around the bush here,” the officer said, according to Hoffman. Or maybe not.

s Magazine Winter 2011: The Rise of Enlightened Sexism by Susan J. Douglas Is the ‘F’ word co-opted by conservatives & consumerist media? Where are real icons & core values? On The Issues Magazine, Winter 2011, considers feminist icons, feminist values and feminist cons. The Rise of Enlightened Sexism by Susan J. Today, we once again have what Betty Friedan famously called "a problem with no name." At the same time, these young women get the message loud and clear that the absolute last thing they should embrace is feminism. After reviewing the media fare geared to girls and women since the early 1990s, I came to see a rather large gap between how the vast majority of girls and women live their lives, the choices they are forced to make, and what we see -- and don't see -- in the media. What the media have been giving us then over the past fifteen years are fantasies of power. Today many young women regard feminism as the ideological equivalent of anthrax A New Brand of Sexism With women's equality supposedly won, sexist stereotypes are considered amusing