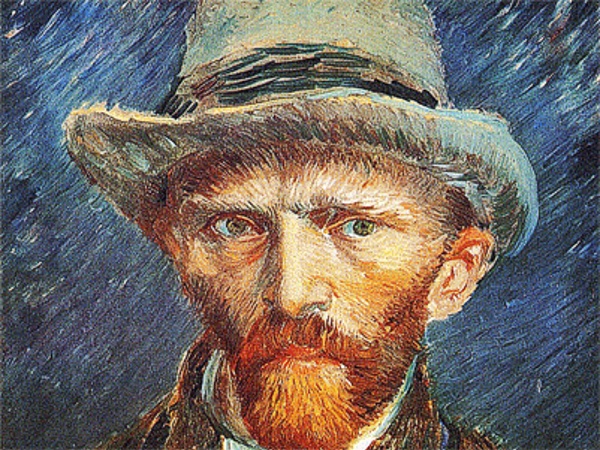 Dissected artists This would have made art history much more interesting, don´t you agree?! Created by DDB Brazil for the Museu de Arte de São Paulo (MASP) Art School, this awesome campaign took artists as Dali, Van Gogh, Picasso and dissected them to show their inside illustrated in the same style as their famous artworks. A brilliant idea and execution! Unfortunately, this is just a sneak peek, but definitely we´ll keep you guys posted when they come up with more… Advertising Agency: DDB, Brazil Creative Directors: Sergio Valente, Marco Versolato, Wilson Mateos, Luciano Lincoln Art Director: Leonardo Rotundo Copywriter: Fred Sekkel Illustrators: Marcos Falcão, 6B Estúdio Photographer: Ricardo Barcellos Account Supervisors: Mônica de Carvalho, Andrei Croisfelt, Daniel Malavazzi, Adriana Barreto. I don’t do drugs. What would life be if we had no courage to attempt anything? Everything you can imagine is real. Like this: Like Loading...

Quilling - Turning Paper Strips into Intricate Artworks Quilling has been around for hundreds of years, but it’s still as impressive and popular now as it was during the Renaissance. The art of quilling first became popular during the Renaissance, when nuns and monks would use it to roll gold-gilded paper and decorate religious objects, as an alternative to the expensive gold filigree. Later, during the 18th and 19th centuries, it became a favorite pass-time of English ladies who created wonderful decorations for their furniture and candles, through quilling. Basically, the quilling process consists of cutting strips of paper, and rolling them with a special tool. It sounds simple enough, but special skill is required to create more advanced shapes like marquises, arrowheads or holly leaves. All through the years, the art of quilling has remained almost unchanged, but new specialty supplies now allow quilling masters to create anything from detailed 3-D figures to wall-sized museum installations. Reddit Stumble

Hyper-Realistic Finger Painting by Chuck Close EmailEmail Seen from a distance, a portrait of Chuck Close’s grandmother-in-law looks like a giant photograph that reveals every crack and crevice of the model’s face. Only when you come closer, the paint surface dissolves into a sea of fingerprints. “Fanny/Fingerpainting” represents one of the largest and most masterly executions of a technique Chuck Close developed in the mid-l980s. That technique involved the direct application of pigment to a surface with the artist’s fingertips. By adjusting the amount of pigment and the pressure of his finger on the canvas, Close could achieve a wide range of tonal effects. For more finger paintings be sure to check out the work of Judith Braun. Website: chuckclose.org | via

20 awesome examples of street art If you still need a proof that art can be found anywhere, those awesome examples of great street art should convince you. The little boy and the priest The little boy, who had just started to read his book, brushed his hand away and replied to the total stranger, “What would you want to talk about?” ” Oh, I don’t know,” said the priest “How about God, Heaven and how you will burn in Hell if you sin? “OK,” he said. “Those could be interesting topics but let me ask you a question first. A horse, a cow, and a deer all eat the same stuff – grass. To which the little boy replies, “Do you really feel qualified to discuss why there is a God, or Heaven or why I will burn in Hell if I sin, when you don’t know shit?” Tip of the hat to Ed Kryslak for his contribution to this story.

BanksyInside - A Digital Magazine Dropping What's Fresh on the Web The mysterious Banksy just released some new paintings on his website. You heard it right, Banksy painted on a canvas. All Banksy fans will appreciate. Here are a few of my favourites. Judith Ann Braun's Fingers Are Magical With an art career spanning more than three decades, Judith Ann Braun has tested the limits of her artistic musculature. She began as a self-described “realistic figure painter,” and worked through the struggles common to anyone who endeavors upon an artistic pursuit, that of searching for one’s own voice in the chosen medium. Fast forward to the 21st century where the evolution of Braun’s work has brought us to the Fingerings series, a collection of charcoal dust landscapes and abstracts “painted” using not brushes but her fingertips. Braun has a specific interest in symmetry, as evidenced by the patterns she follows in a number of the Fingerings pieces as well as work in the Symmetrical Procedures collection. Her fingerprints are obvious up close in some of the paintings, though a step back and the grandeur of Braun’s imagination sprawls into a landscape of soft hills, overhanging trees, delicate florals, and a reflective waterway. Share With Your Friends