WHAT IS AUTHORITATIVE PARENTING? 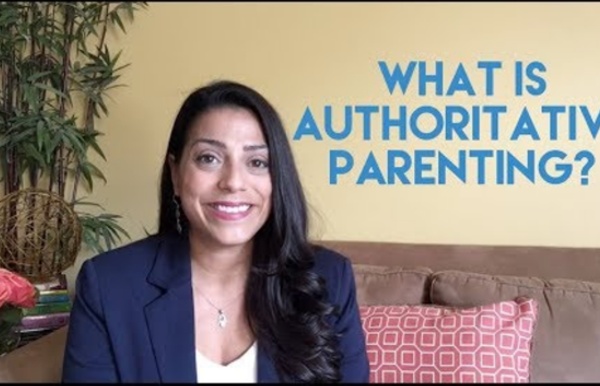 What Is Authoritative Parenting? Authoritative parenting is characterized by reasonable demands and high responsiveness. While authoritative parents might have high expectations for their children, they also give their kids the resources and support they need to succeed. Parents who exhibit this style listen to their kids and provide love and warmth in addition to limits and fair discipline. This approach to parenting avoids punishment and threats and instead relies on strategies such as positive reinforcement. Brief History During the 1960s, developmental psychologist Diana Baumrind described three different types of parenting styles: authoritarian, authoritative, and permissive. Why Parenting Styles Matter When Raising Children Developmental psychologists have long been interested in how parents affect child development. However, finding actual cause-and-effect links between specific actions of parents and later behavior of children is very difficult. Some children raised in dramatically different environments can later grow up to have remarkably similar personalities. Conversely, children who share a home and are raised in the same environment can grow up to have very different personalities.

Psychologist: ‘Authoritative Parenting’ is Best for Children Several months ago, Dr. Leonard Sax made headlines when he proposed that the lack of discipline we see in America today is simply the surface symptom of a greater problem: the decline of parental authority. Dr. Sax’s theories were recently underscored by psychologist Lisa Damour in a New York Times piece on the benefits of family dinner time. The Definition of Authoritarian Parenting Authoritarian parenting is a parenting style characterized by high demands and low responsiveness. Parents with an authoritarian style have very high expectations of their children, yet provide very little in the way of feedback and nurturance. Mistakes tend to be punished harshly. When feedback does occur, it is often negative. Yelling and corporal punishment are also commonly seen in the authoritarian style.

4 Types of Parenting Styles and Their Effects on Kids Your parenting style can affect everything from how much your child weighs to how she feels about herself. It's important to ensure your parenting style is supporting healthy growth and development because the way you interact with your child and how you discipline her will influence her for the rest of her life. Researchers have identified four types of parenting styles:1 AuthoritarianAuthoritativePermissiveUninvolved What Is Permissive Parenting? Permissive parenting is a type of parenting style characterized by low demands with high responsiveness. Permissive parents tend to be very loving, yet provide few guidelines and rules. These parents do not expect mature behavior from their children and often seem more like a friend than a parental figure. These parents tend to be the polar opposite of the so-called "helicopter parents."