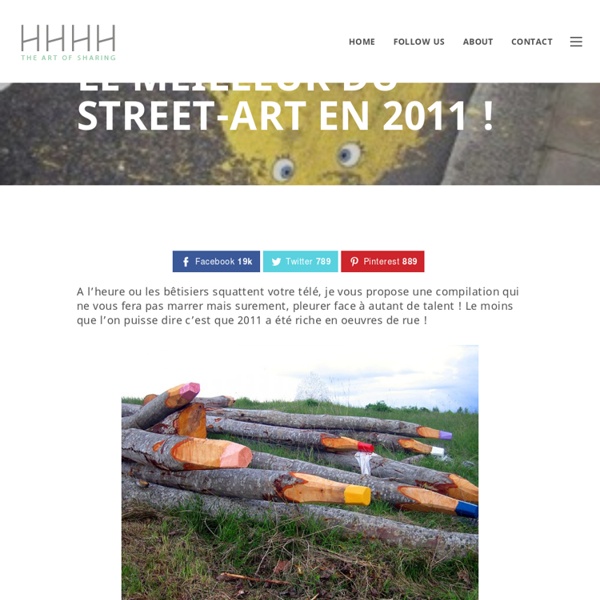 Bonheur et balons Killey Wangchuck, a 10-year-old boy, wanted to go to school so he could learn to read, but his parents are too poor to afford it. (Jonathan Harris) Bhutan is the only country in the world that uses a Gross National Happiness (GNH) Index to measure the quality of life. Inspired by Buddhist tenets, the GNH Index takes into account economic, environmental, physical, mental, social and political wellness. Responding to this phenomenon, American artist Jonathan Harris has created Balloons of Bhutan, an interactive project that explores this unique measure of social wellbeing from the perspective of the Bhutanese people. The 6 Myths Of Creativity Creativity. These days, there's hardly a mission statement that doesn't herald it, or a CEO who doesn't laud it. And yet despite all of the attention that business creativity has won over the past few years, maddeningly little is known about day-to-day innovation in the workplace.

Premiers Rushes de Fuck the Forest-Fuck the forest Action "pages/projet" does not exist. stack trace at () in line 196 ... Mobile fab lab Mobile fab lab The mobile fab lab is a computer-controlled design and machining fab lab housed in a trailer. The first was built in August 2007 by the Center for Bits and Atoms at the Massachusetts Institute of Technology.[1] The mobile lab includes the same computer controlled fabrication machines found in fab labs world-wide. The MIT Center for Bits and Atoms Mobile Lab[edit] Scientific Curiosity Captured in Photos Caleb Charland is a Maine-based photographer who combines a love of scientific experiments and photographs into wonderful and amazing photographs. If Isaac Newton or Benjamin Franklin were into photography, their photographs might look something like these: “Wooden Box with Horseshoe Magnet” “Atomic Model” “Demonstration with Hair Dryer and Aluminum Foil” “Candle in a Vortex of Water”